Over The Wall – An Extract from The Secret Garden 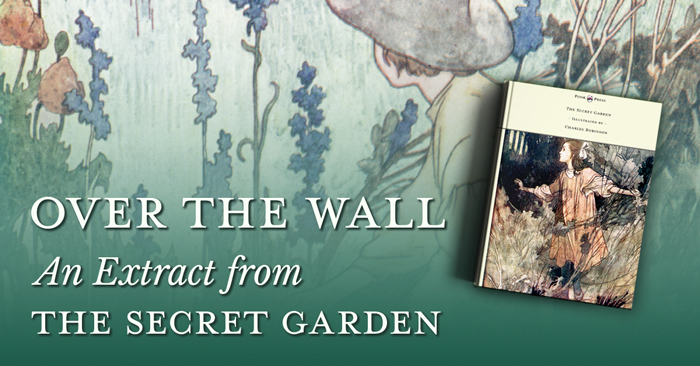 Today marks the 1911 publication anniversary of Frances Hodgson Burnett’s beloved children’s novel – The Secret Garden. It numbers amongst Burnett’s most famous works and is a classic of English children’s literature.

The Secret Garden is the timeless story of Mary Lennox, a sickly girl who is left orphaned and alone when an outbreak of cholera kills her parents and the staff of their home in India. She eventually ends up in Yorkshire with her uncle Archibald Craven and becomes inspired by the curious story of a nearby ‘secret garden’ she hears from a neighbour. This childhood classic is illustrated with ethereal and charming illustrations by Charles Robinson, brother of Thomas Robinson and W. Heath Robinson. Read an extract from the story below.

The Secret Garden – An Extract from Chapter IX

THE STRANGEST HOUSE ANY ONE EVER LIVED

IT was the sweetest, most mysterious-looking place any one could imagine. The high walls which shut it in were covered with the leafless stems of climbing roses, which were so thick that they were matted together. Mary Lennox knew they were roses because she had seen a great many roses in India. All the ground was covered with grass of a wintry brown, and out of it grew clumps of bushes which were surely rose-bushes if they were alive. There were numbers of standard roses which had so spread their branches that they were like little trees. There were other trees in the garden, and one of the things which made the place look strangest and loveliest was that climbing roses had run all over them and swung down long tendrils which made light swaying curtains, and here and there they had caught at each other or at a far-reaching branch and had crept from one tree to another and made lovely bridges of themselves. ‘l’ here were neither leaves nor roses on them now, and Mary did not know whether they were dead or alive, but their thin grey or brown branches and sprays looked like a sort of hazy mantle spreading over everything, walls, and trees, and even brown grass, where they had fallen from their fastenings and run along the ground. It was this hazy tangle from tree to tree which made it all look so mysterious. Mary had thought it must be different from other gardens which had not been left all by themselves so long; and indeed it was different from any other place she had ever seen in her life.

“How still it is” she whispered. “How still”

Then she waited a moment and listened at the stillness. The robin, who had flown to his tree-top, was still as all the rest. He did not even flutter his wings; he sat without stirring, and looked at Mary.

“No wonder it is still,” she whispered again. “I am the first person who has spoken in here for ten years.”

She moved away from the door, stepping as softly as if she were afraid of awakening some one. She was glad that there was grass under her feet and that her steps made no sounds. She walked under one of the fairy-like grey arches between the trees and looked up at the sprays and tendrils which formed them.

“I wonder if they are all quite dead,” she said. “Is it all a quite dead garden f I wish it wasn’t.”

If she had been Ben Weatherstaff she could have told whether the wood was alive by looking at it, but she could only see that there were only grey or brown sprays and branches and none showed any signs of even a tiny leaf-bud anywhere.

But she was inside the wonderful garden and she could come through the door under the ivy any time, and she felt as if she had found a world all her own.

The sun was shining inside the four walls and the high arch of blue sky over this particular piece of Misselthwaite seemed even more brilliant and soft than it was over the moor. The robin flew down from his tree-top and hopped about or flew after her from one bush to another. He chirped a good deal and had a very busy air, as if he were showing her things. Everything was strange and silent and she seemed to be hundreds of miles away from any one, but somehow she did not feel lonely at all. All that troubled her was her wish that she knew whether all the roses were dead, or if perhaps some of them had lived and might put out leaves and buds as the weather got warmer. She did not want it to be a quite dead garden. If it were a quite alive garden, how wonderful it would be, and what thousands of roses would grow on every side!

Her skipping-rope had hung over her arm when she came in, and after she had walked about for a while she thought she would skip round the whole garden, stopping when she wanted to look at things. There seemed to have been grass paths here and there, and in one or two comers there were alcoves of evergreen with stone seats or tall moss-covered flower urns in them.

As she came near the second of these alcoves she stopped skipping. There had once been a flower-bed in it, and she thought she saw something sticking out of the black earth-some sharp little pale green points. She remembered what Ben Weatherstaff had said and she knelt down to look at them.

“Yes, they are tiny growing things and they might be crocuses or snowdrops or daffodils,” she whispered.

She bent very close to them and sniffed the fresh scent of the damp earth. She liked it very much.

“Perhaps there are some other ones coming up in other places,” she said. “I will go all over the garden and look.”

She did not skip, but walked. She went slowly and kept her eyes on the ground. She looked in the old border beds and among the grass, and after she had gone round, trying to miss nothing, she had found ever so many more sharp, pale green points, and she had become quite excited again.

“It isn’t a quite dead garden,” she cried out softly to herself. “Even if the roses are dead, there are other things alive.”

She did not know anything about gardening, but the grass seemed so thick in some of the places where the green points were pushing their way through that she thought they did not seem to have room enough to grow. She searched about until she found a rather sharp piece of wood and knelt down and dug and weeded out the weeds and grass until she made nice little clear places around them.

“Now they look as if they could breathe,” she said, after she had finished with the first ones. “I am going to do ever so many more. do all I can see. If I haven’t time today I can come tomorrow.”

She went from place to place, and dug and weeded, and enjoyed herself so immensely that she was led on from bed to bed and into the grass under the trees. The exercise made her so warm that she first threw her coat off, and then her hat, and without knowing it she was smiling down on to the grass and the pale green points all the time.

The robin was tremendously busy. He was very much pleased to see gardening begun on his own estate. He had often wondered at Ben Weatherstaff. Where gardening is done all sorts of delightful things to eat are turned up with the soil. Now here was this new kind of creature who was not half Ben’s size and yet had had the sense to come into his garden and begin at once.

Mistress Mary worked in her garden until it was time to go to her midday dinner. In fact, she was rather late in remembering, and when she put on her coat and hat, and picked up her skipping-rope, she could not believe that she had been working two or three hours. She had been actually happy all the time; and dozens and dozens of the tiny, pale green points were to be seen in cleared places, looking twice as cheerful as they had looked before when the grass and weeds had been smothering them.

“I shall come back this afternoon,” she said, look­ing all round at her new kingdom, and speaking to the trees and the rose-bushes as if they heard her. Then she ran lightly across the grass, pushed open the slow old door and slipped through 1t under the ivy. She had such red cheeks and such bright eyes and ate such a dinner that Martha was de­lighted.

Find out more about the story: 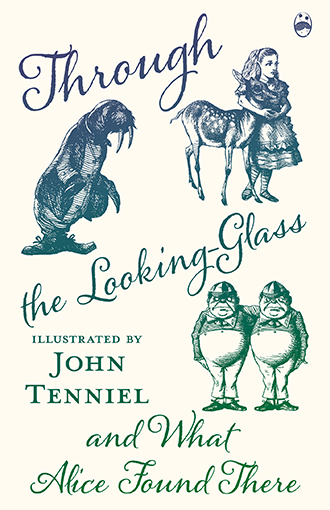 Through the Looking Glass, and What Alice Found There – Illustrated by John Tenniel 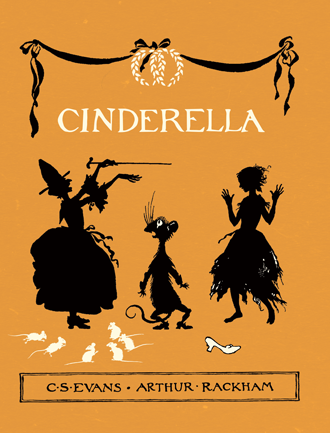 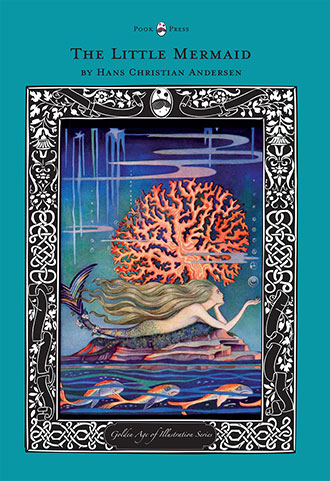 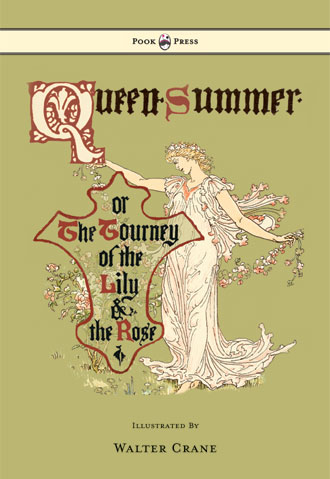