Frances Eliza Hodgson was born to Eliza Boond and Edwin Hodgson on November 24, 1849, in Manchester, England. Her father was a successful ironmonger originally from Doncaster, and his income was sufficient to enable the family to live a comfortable life. The third of five children, Frances had two older brother and two younger sisters. Due to the success of his business, Edwin was able to move his family into a larger house in 1852.

Edwin died of a stroke just over a year after the relocation, his wife pregnant with a fifth child and now bereft of an income. Eliza was forced to take over the family business, and Frances was left in the care of her grandmother, who introduced her to the joys of reading. Due to their impecunious situation, Frances’s mother was forced to move the family to Seedley Grove, near Pendleton, where they resided with relatives.

During this time Frances attended a local school run by two woman, and it was here that she first encountered a book concerning fairies. The family moved again, but Frances would come to despise her new home in Islington Square, Salford, which was devoid of gardens and severely overcrowded. Her fertile imagination led to a propensity for storytelling, often creating tales and stories that she would commit to her notebooks. Uncle Tom’s Cabin by Harriet Beecher Stowe came to be her favourite novel, and she wiled away a great number of hours rehearsing its scenes. She and her siblings attended The Select Seminary for Young Ladies and Gentlemen, where she remained until the age of fifteen.

After the American Civil War ruined the cotton industry that Manchester depended on, the family was thrust into poverty. Eliza decided to sell the business and relocate once more to a smaller residence. Frances’s uncle was doing well in America, and invited the family to live with him in Knoxville, Tennessee; an offer which was accepted within a year. In preparation for the move, her mother instructed Frances to destroy her early writings, and in 1865 the family moved to the United States.

Unfortunately the economy of Knoxville was badly affected when the war ended, and Frances’s uncle was unable to support the family. They consequently moved into a log cabin not far away in New Market, where Frances was to meet her future husband Swan Burnett. Soon after making his acquaintance, however, Swan left to attend college in Ohio. To help support her family, Frances began writing, publishing her first story in Godey’s Lady’s Book in 1868, shortly followed by regular contributions to in Scribner’s Monthly, Peterson’s Magazine, and Harper’s Bazaar. By 1869 she had accrued enough money through her writing to relocate the family to a more spacious home in Knoxville. 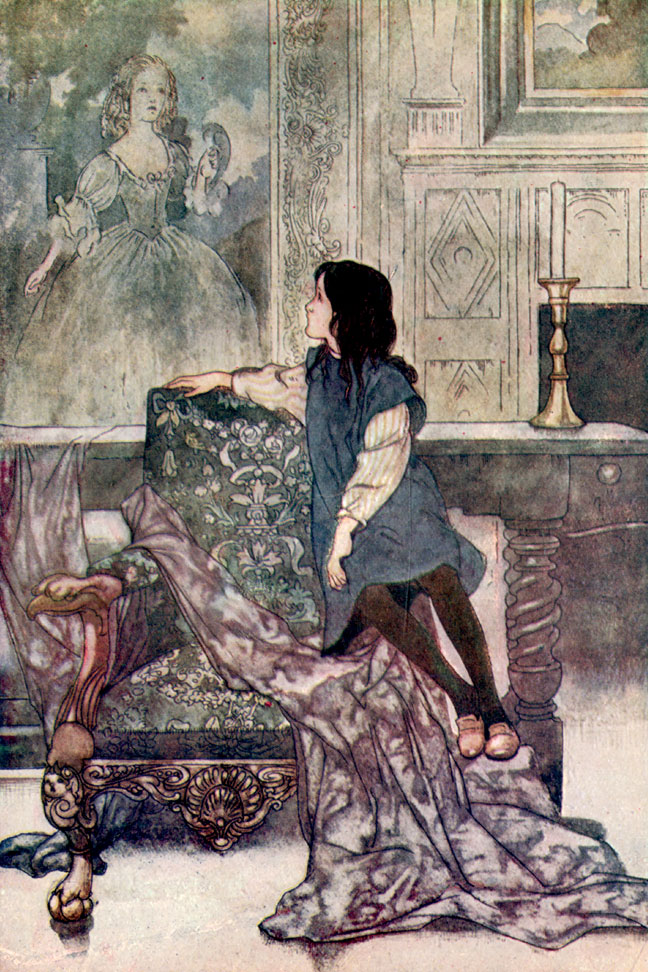 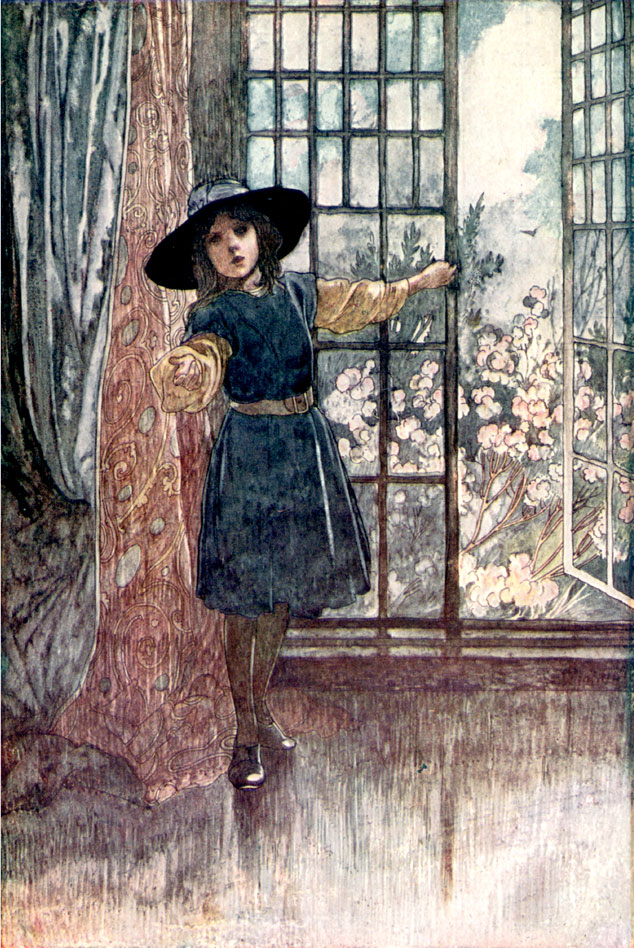 In 1870 Frances’s mother died, and soon afterwards most of her siblings married. In 1873 she married Swan Burnett, and in under a year had given birth to her first child, Lional. It was in 1874 that she embarked on her first novel, That Lass o’ Lowrie’s. The money that she had earned from her writing enabled her and Swan to travel to Paris, where Swan endeavoured to further his medical training. Their stint in Paris was short-lived, however, as the birth of her second child, Vivian, forced them to return to the United States.

1877 brought with it an offer of a contract that would see That Lass o’ Lowrie’s published; when it was, it received critical acclaim, and Frances soon became well-known as an up-and-coming novelist. She continued to write prolifically, publishing Howorth’s in 1879 and beginning work on a dramatic version of That Lass o’ Lowrie’s after an unauthorised version was performed in London. In the same year Frances met Louisa May Alcott and Mary Mapes Dodge during a trip to Boston, who inspired her to start writing children’s fiction.

Frances’s writing showed no sign of slowing down, publishing Louisiana in 1880, A Fair Barbarian in 1881, and Through One Administration in 1883. However, producing such a prodigious amount of work took its toll and resulted in Frances’s falling into a deep depression. It was around this time that she became interested in Spiritualism, Theosophy, and Christian Science—ideas that would have a profound influence on her later life and work.

Her work continued to be very popular, and the publication of Little Lord Fauntleroy in 1886 saw the book become a best-seller in both England and the United States. It was translated into12 languages, and solidified her reputation as a successful writer. Burnett’s oldest son, Lionel, passed away as a result of consumption in 1890, which had a serious impact on both her life and work. Shortly after this Burnett renounced her faith in the Church of England and turned to Christian Science.

Three years later she published her autobiography, The One I Knew Best of All, which was dedicated to Lionel. Her youngest son,Vivian, finished his studies at Harvard in1898, and shortly afterwards Burnett divorced Swan on grounds of desertion—although in reality the breakup had been planned years in advance. She was living at Great Maytham Hall in England at this point, where she would remain for the next ten years.

Burnett married Stephen Townsend in 1900, and the two of them travelled to Pegli for a honeymoon. Within months her sister received a letter explaining that the relationship was already becoming problematic. Burnett claimed that she had been blackmailed into marriage by Townsend, that he was only after money, and that he was “scarcely sane and hysterical”. Not wanting to cohabit with her new husband, she moved to London.

Burnett experienced a physical deterioration in 1902 and, after returning to America, spent some time in a sanatorium. She expressed to Townsend that she no longer wanted to be with him and ended the marriage. Two years later she went back to Maytham, and it was there amongst its beautiful, walled gardens that she conceived The Secret Garden.

She relocated to the United States for one final time in 1907, and had numerous minor works published in Children’s Magazine. The Secret Garden was published in 1911 originally illustrated by M. L. Kirk and then by Charles Robinson in 1914, followed by The Lost Prince in 1915 and both The Head of the House of Coombe and its squeal, Robin, in 1922.

The final 17 years of her life were spent in Plandome Manor. Burnett died on the 29th October, 1924, at the age of 74. She is buried next to her son Vivian in Roslyn Cemetery. 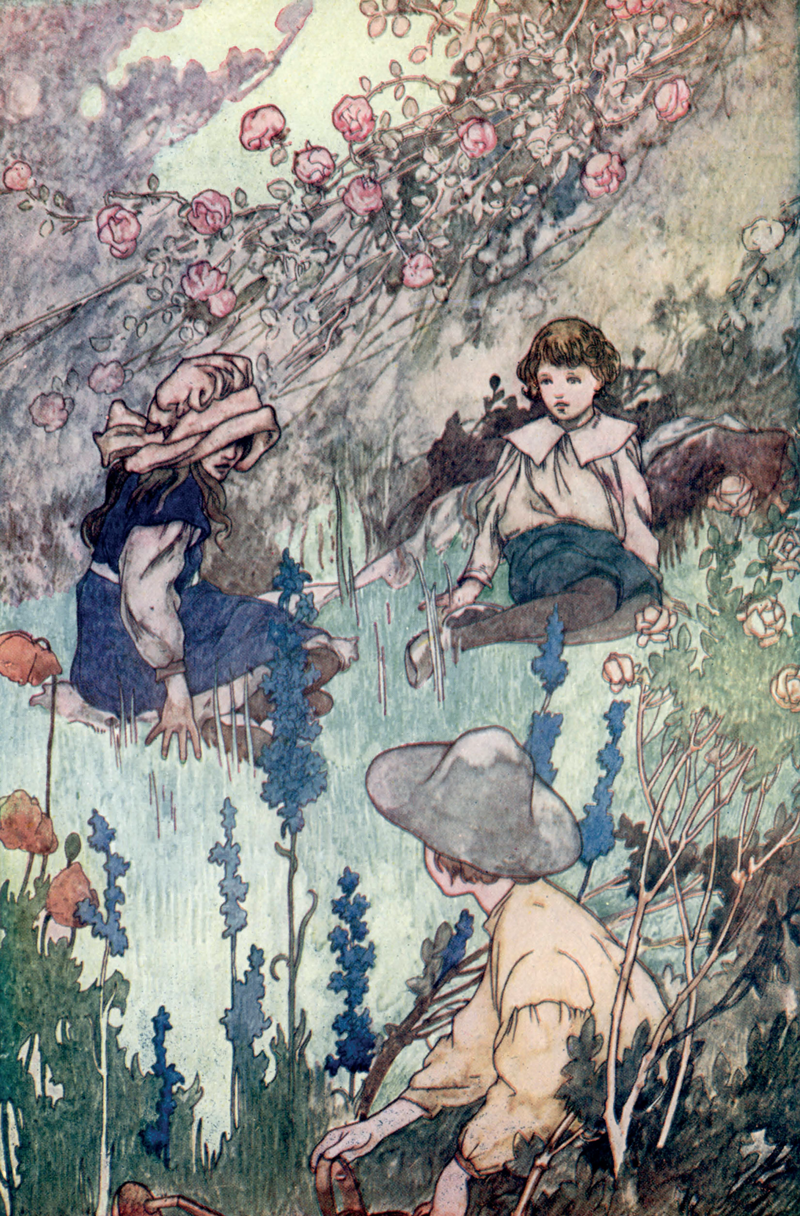