The Origins and History of the Fairy Tale

Fairy Tales are told in almost every society, all over the globe.  They have the ability to inspire generations of young and old alike, yet fail to fit neatly into any one mode of storytelling.

Fairy Tales are told in almost every society, all over the globe.  They have the ability to inspire generations of young and old alike, yet fail to fit neatly into any one mode of storytelling.

Today, most people know these narratives through literary works or even film versions, but this is a far cry from the genre’s early development.  Most of the stories began, and are still propagated through oral traditions, which are still very much alive in certain cultures.  Especially in rural, poorer regions, the telling of tales – from village to village, or from elder to younger, preserves culture and custom, whilst still enabling the teller to vary, embellish or adapt the tale as they see fit.

“Most stories began through oral traditions”

To provide a brief attempt at definition, a fairy tale is a type of short story that typically features ‘fantasy’ characters, such as dwarves, elves, fairies, giants, gnomes, goblins, mermaids, trolls or witches, and usually magic or enchantments to boot! Fairy tales may be distinguished from other folk narratives such as legends (which generally involve belief in the veracity of the events described) and explicitly moral tales, including fables or those of a religious nature.

In cultures where demons and witches are perceived as real, fairy tales may merge into legends, where the narrative is perceived both by teller and hearers as being grounded in historical truth. However unlike legends and epics, they usually do not contain more than superficial references to religion and actual places, people, and events; they take place ‘once upon a time’ rather than in reality.

The history of the fairy tale is particularly difficult to trace, as most often, it is only the literary forms that are available to the scholar.  Still, written evidence indicates that fairy tales have existed for thousands of years, although not perhaps recognized as a genre.  Many of today’s fairy narratives have evolved from centuries-old stories that have appeared, with variations, in multiple cultures around the world. Two theories of origins have attempted to explain the common elements in fairy tales across continents. One is that a single point of origin generated any given tale, which then spread over the centuries.  The other is that such fairy tales stem from common human experience and therefore can appear separately in many different origins.  Debates still rage over which interpretation is correct, but as ever, it is likely that a combination of both aspects are involved in the advancements of these folkloric chronicles.

“Fairy tales have existed for thousands of years”

Some folklorists prefer to use the German term Märchen or ‘wonder tale’ to refer to the genre over fairy tale, a practice given weight by the definition of Thompson in his 1977 edition of The Folktale. He described it as ‘a tale of some length involving a succession of motifs or episodes. It moves in an unreal world without definite locality or definite creatures and is filled with the marvellous. In this never-never land, humble heroes kill adversaries, succeed to kingdoms and marry princesses.’  The genre was first marked out by writers of the Renaissance, such as Giovanni Francesco Straparola and Giambattista Basile, and stabilized through the works of later collectors such as Charles Perrault and the Brothers Grimm. The oral tradition of the fairy tale came long before the written page however. 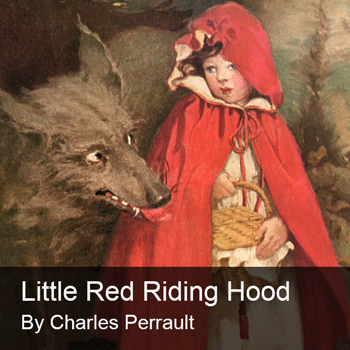 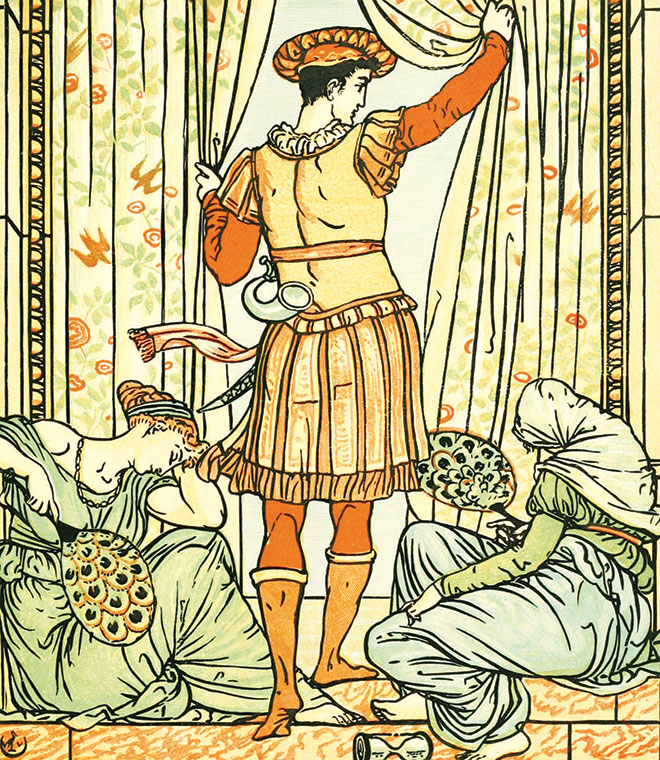 Sleeping Beauty – And Other Tales of Slumbering Princesses 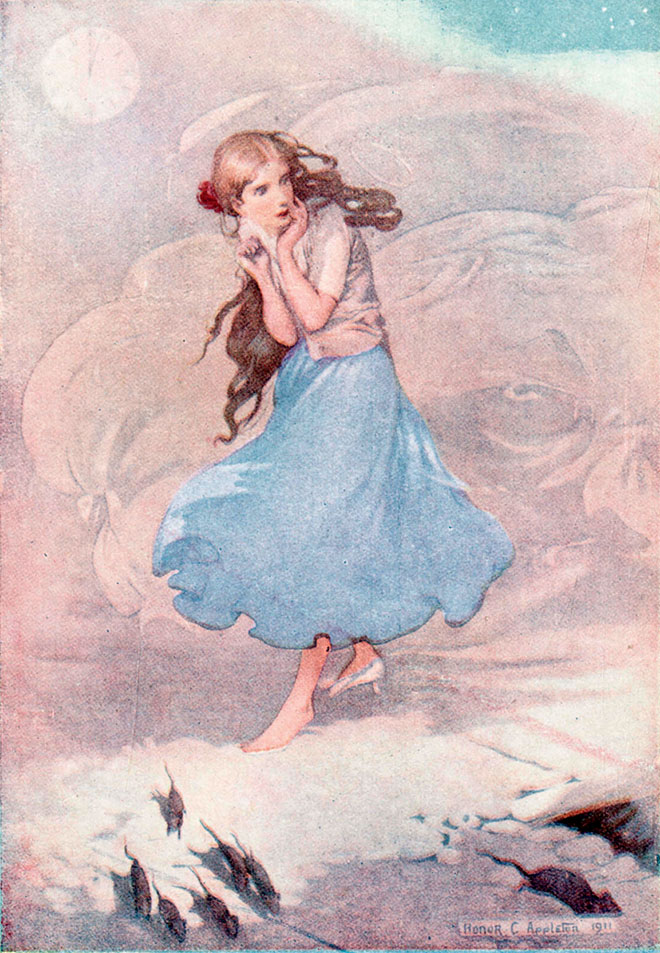 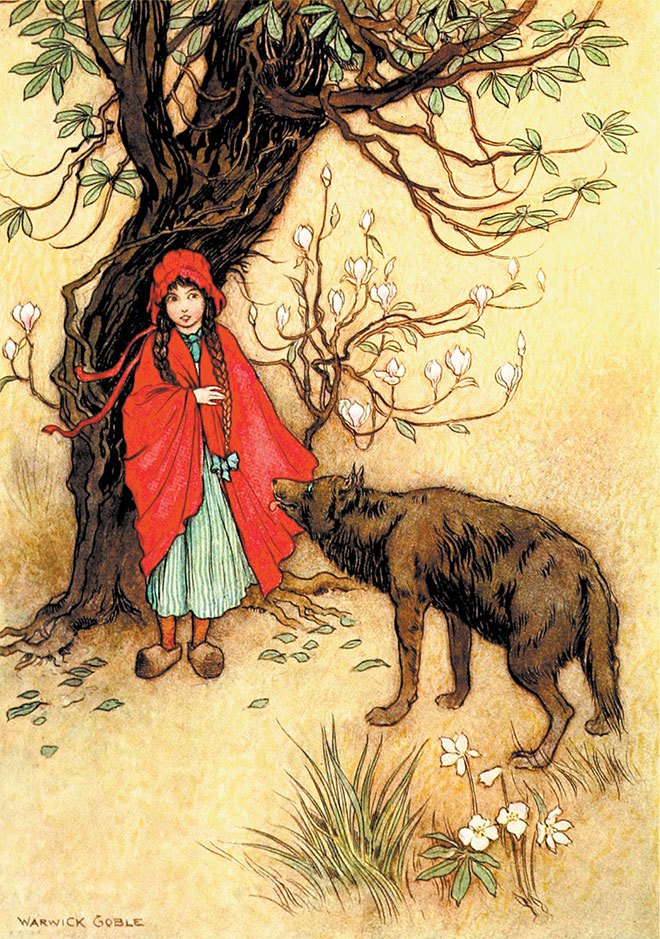 Tales were told or enacted dramatically, rather than written down, and handed from generation to generation. Because of this, many fairy tales appear in written literature throughout different cultures, as in The Golden Ass, which includes Cupid and Psyche (Roman, 100–200 CE), or the Panchatantra  (India, 3rd century CE). However it is still unknown to what extent these reflect the actual folk tales even of their own time. The ‘fairy tale’ as a genre became popular among the French nobility of the seventeenth century, and among the tales told were the Contes of Charles Perrault (1697), who fixed the forms of ‘Sleeping Beauty’ and ‘Cinderella.’ Perrault largely laid the foundations for this new literary variety, with some of the best of his works including ‘Puss in Boots’, ‘Little Red Riding Hood’ and ‘Bluebeard’.

“Charles Perrault is known as the Father of the Fairy Tale”

The first collectors to attempt to preserve not only the plot and characters of the tale, but also the style in which they were told were the Brothers Grimm, who assembled German fairy tales. The Brothers Grimm rejected several tales for their anthology, though told by Germans, because the tales derived from Perrault and they concluded that the stories were thereby French and not German tales.  An oral version of ‘Bluebeard’ was thus rejected, and the tale of ‘Little Briar Rose’, clearly related to Perrault’s ‘The Sleeping Beauty’ was included only because Jacob Grimm convinced his brother that the figure of Brynhildr, from much earlier Norse mythology, proved that the sleeping princess was authentically German.  The Grimm Brothers remain some of the best-known story-tellers of folk tales though, popularising ‘Hansel and Gretel’, ‘Rapunzel’, ‘Rumplestiltskin’ and ‘Snow White’. 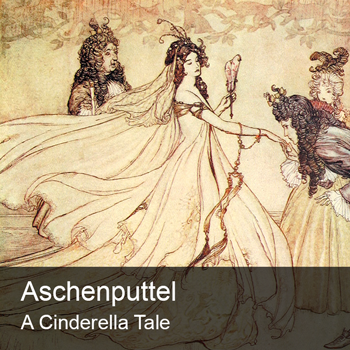 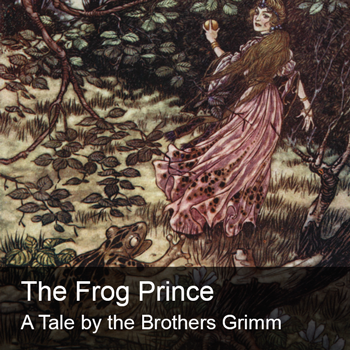 The work of the Brothers Grimm influenced other collectors, both inspiring them to collect tales and leading them to similarly believe, in a spirit of romantic nationalism, that the fairy tales of a country were particularly representative of it (unfortunately generally ignoring any cross-cultural references).  Among those influenced were the Norwegian Peter Christen Asbjørnsen (Norske Folkeeventyr, 1842-3), the Russian Alexander Afanasyev (Narodnye Russkie Skazki, 1855-63) and the Englishman, Joseph Jacobs (English Fairy Tales, 1890).  Simultaneously to such developments, writers such as Hans Christian Andersen and George MacDonald continued the tradition of penning original literary fairy tales. Andersen’s work sometimes drew on old folktales, but more often deployed fairytale motifs and plots in new stories; for instance in ‘The Little Mermaid’, ‘The Ugly Duckling’ and ‘The Emperor’s New Clothes’.

Fairy tales are still written in the present day, attesting to their enormous popularity and cultural longevity. Aside from their long and diverse literary history, these stories have also been stunningly illustrated by some of the world’s best artists. The Golden Age of Illustration (a period customarily defined as lasting from the latter quarter of the nineteenth century until just after the First World War) produced some of the finest examples of this craft. These images form their own story, evolving in conjunction with the literary development of the tales.  Consequently, in our books, the illustrations are treated with just as much respect as the text itself. 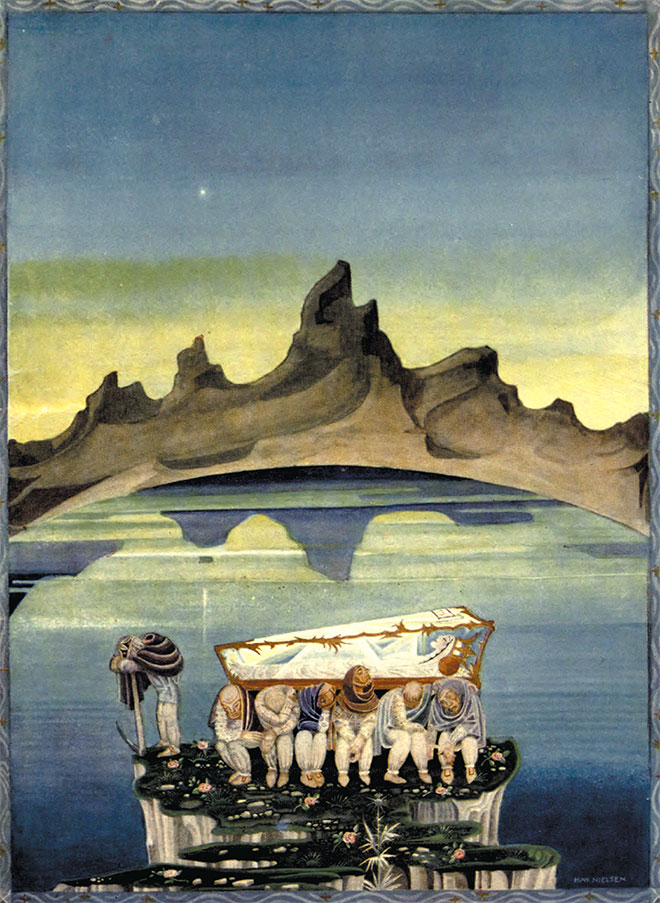 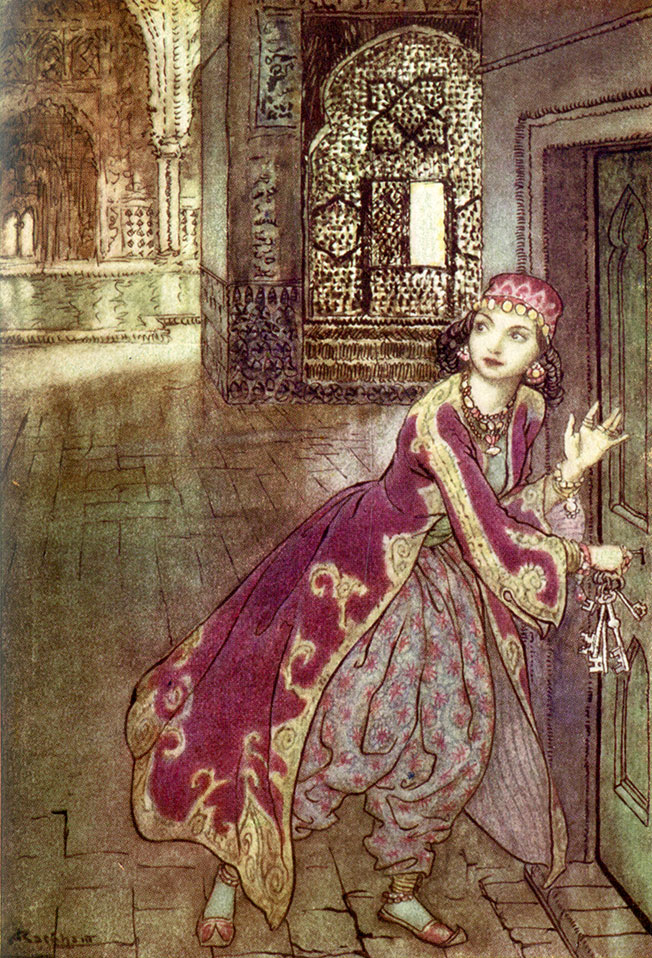 Origins of Fairy Tales from Around the World

Each book in the Origins of Fairy Tales series contains seven different variants of a particular story from all around the world. It includes an in-depth introduction to the fairy tale genre itself, as well as the folkloric provenance of the fairy tale. Fairy tales featured in this series include Cinderella, Bluebeard, Little Red Riding Hood, Sleeping Beauty, Rapunzel, Beauty and the Beast, Puss in Boots, Rumplestiltskin, Snow White,  and Hansel and Gretel.

What is a fairy tale? The Origins of Fairy Tales from around the World series helps to answer this question, by showcasing the amazing breadth and diversity involved in classic fairy tales. It focuses on the unusual phenomenon that the same tales, with only minor variations, appear again and again in different cultures – across time and geographical space. Traditionally told as short stories for children, and for adults too, these popular fairy tales will be sure to delight both young and old. Beautifully illustrated, these story books combine the best story-telling, with the best artwork, in order that the two may be fully appreciated. 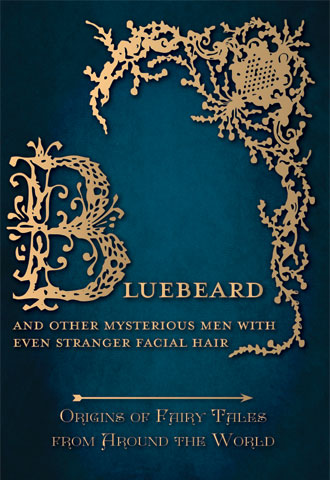 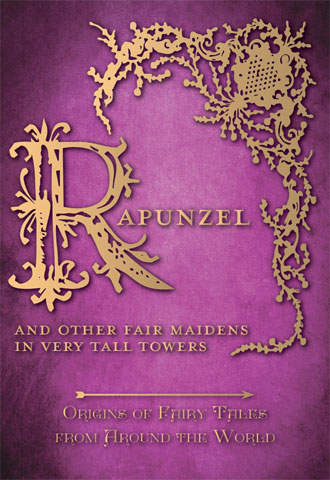 View all Books in The Origins of Fairy Tales Series