Peter Christen Asbjørnsen and Jørgen Engebretsen Moe were collectors of Norwegian folklore. They were so closely united in their lives’ work that their folk tale collections are commonly mentioned only as ‘Asbjørnsen and Moe.’  Today, their legacy continues to delight readers both young and old – all over the world.

Peter Christen Asbjørnsen was born on 15th January 1812, in Christiana (now Oslo, Norway). He was descended from a family originating in Otta in Gudbrandsdal (a district in the Norwegian county of Oppland). It is thought that the family line came to an end with Asbjørnsen’s death.

The young man enrolled at the University of Oslo in 1933, but as early as 1832 (his twentieth year), Asbjørnsen had begun to collect and write down fairy tales and legends. This was to be his life’s passion, and he later walked the length and breadth of Norway, adding to his stories.

By profession, Asbjørnsen became a zoologist, and with the aid of the University of Oslo, made a series of investigative voyages along the coasts of Norway, particularly in the Hardangerfjord (the fourth longest fjord in the world, and the second longest fjord in Norway). He worked with two of the most famous marine biologists of their time: Michael Sars (1805 – 1869) and his son Georg Ossian Sars (1837 – 1927).

Jørgen Moe, who was born in Ringerike, met Asbjørnsen first when he was fourteen years old, while they were both attending high school at Norderhov rectory. They developed a lifelong friendship.

In 1834 Asbjørnsen discovered that Moe had started independently on a search for the relics of national folklore; the friends eagerly compared their results, and determined to work in concert on their great project.

In 1842-1843 the first instalment of their work appeared, under the title of Norske Folkeeventyr (Norwegian Folk Tales), which was received at once all over Europe as a most valuable contribution to comparative mythology as well as literature. Its most loved tale is East of the Sun and West of the Moon – illustrated by Kay Nielsen.

“Education made him a zoologist, but nature stepped in, and claimed him for a poet” – Edmund Gosse

A second volume was published in 1844 and a new collection in 1871. It was usually said of their work that the vigour came from Asbjørnsen and the charm from Moe, but the fact seems to be that from the long habit of writing in unison they had come to adopt almost precisely identical modes of literary expression. In 1845 Asbjørnsen also published, without help from Moe, a collection of Norwegian fairy tales (Huldre-Eventyr og Folkesagn).

In 1856, Asbjørnsen called attention to the deforestation of Norway, and he induced the government to act on this issue. He was appointed forest-master, and was sent through Norway to examine in various countries of northern Europe, the methods observed for the preservation of timber. He took to this work with considerable passion, and only retired in 1876 – with a considerable pension.

Asbjørnsen continued his zoological studies during this time, and in 1879 he sold his large collection of zoological specimens to the Natural History Museum (Ireland) for £300.

He died on 6th January 1885, in Christiana, Norway. He was seventy-two years old. 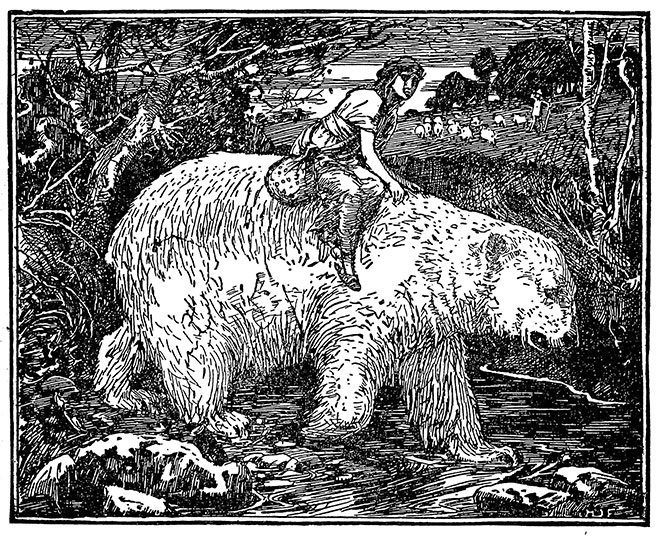 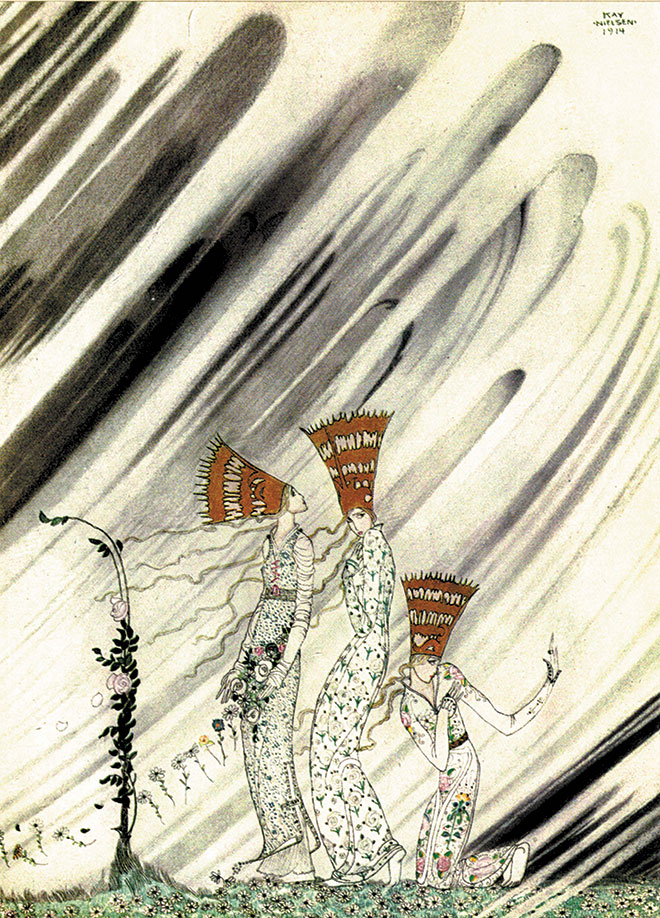 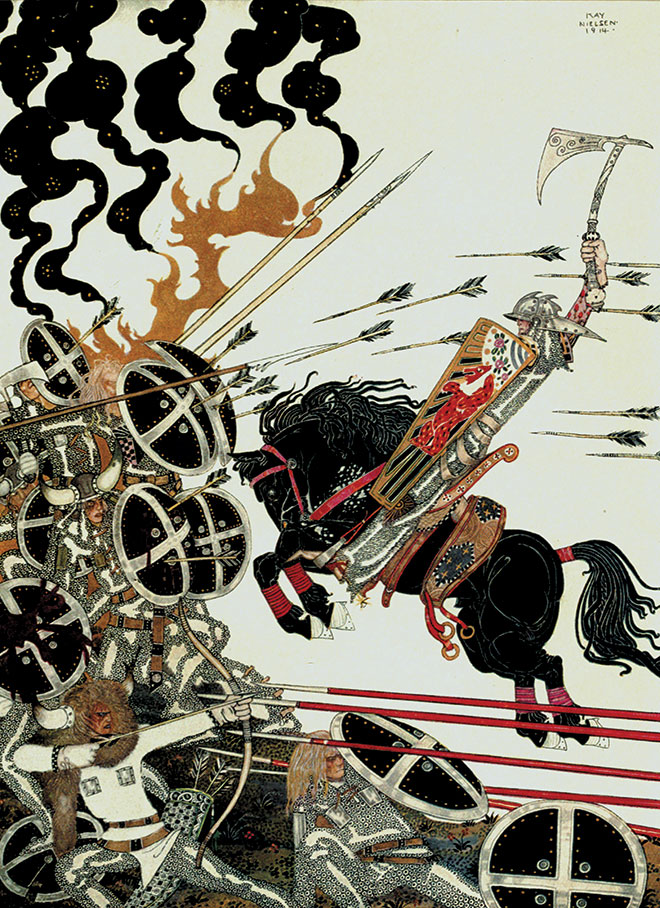 Jørgen Engebretsen Moe was born on 22nd April 1813, at the farm of Mo, at Hole in Ringerike (a municipality in Buskerud county, Norway). He was the son of local farmer and politician Engebret Olsen Moe (1780 – 1849).

From 1841, Moe travelled almost every summer through the southern parts of Norway, collecting traditional stories in the mountains. In 1845 he was appointed professor of theology in the Norwegian Military Academy. However, Moe had long intended to take holy orders, and in 1853 he did so. After this, he became a resident chaplain in Krødsherad at Olberg Church and Sigdal Church in Sigdal – a position in which he stayed for the next ten years.

At his first parish he found inspiration for many of his most famous poems, like Den Gamle Mester (‘The Old Master’) and Sæterjentens Søndag (‘Sunday at the Mountain Pastures’). In 1863 he moved to Drammen and became parish priest of Bragernes, then in 1870 he moved again to Vestre Aker, close to Christiania. In 1875 he became bishop in the Diocese of Agder, based in Kristiansand. He was a much beloved bishop, and his teaching had a great impact on his contemporaries.

Moe has a special claim on critical attention in regard to his lyrical poems, of which a small collection appeared in 1850. Moe felt strongly that writing should be ‘objective’, in the sense that it removed the ego from the narrative. Still, he strove to build and maintain a literary aesthetic in his work. He wrote little original verse, but in his slender volume are to be found many pieces of exquisite delicacy and freshness. Moe also published a delightful collection of prose stories for children, I Brønden og i Tjernet (‘In the Well and in the Tarn’), 1851; and En liden Julegave (‘A Little Christmas Present’), 1860.

Moe was appointed Knight of the Order of St. Olav (the Norwegian order of chivalry) in 1873 and was made commander of the 1st cross class in 1881. During January 1882, he resigned his diocese due to failing health, and died the following March. His son, Moltke, continued his father’s work in folklore and fairy tales and became the first professor of the subject at Christiania University.

Together with Peter Christen Asbjørnsen, the impact of Jørgen Moe on Norwegian culture was enormous. To Norwegians, the names Asbjørnsen and Moe have become synonymous with traditional folk tales, the way the name Brothers Grimm is associated with German tales. Not only did they collect and secure parts of the wealth of Norwegian fairy tales and edit them for common readers, but in doing this, they also contributed to the development of the Norwegian language. Even if other countries have a rich folk literature, Norwegians will normally claim that theirs, through the work of Asbjørnsen and Moe, is one of the most original and rich. Their work constitutes a very important part of Norwegian identity – and is still widely read and appreciated to this day. 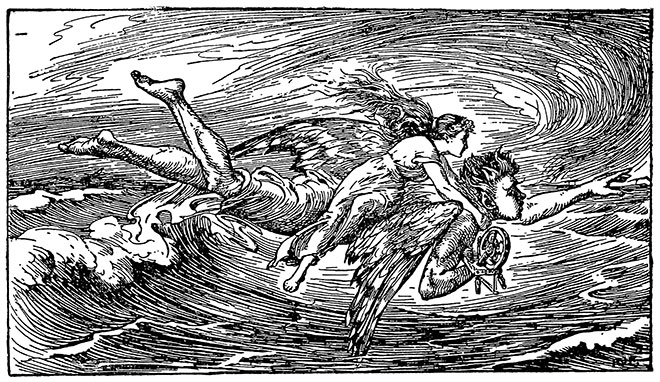 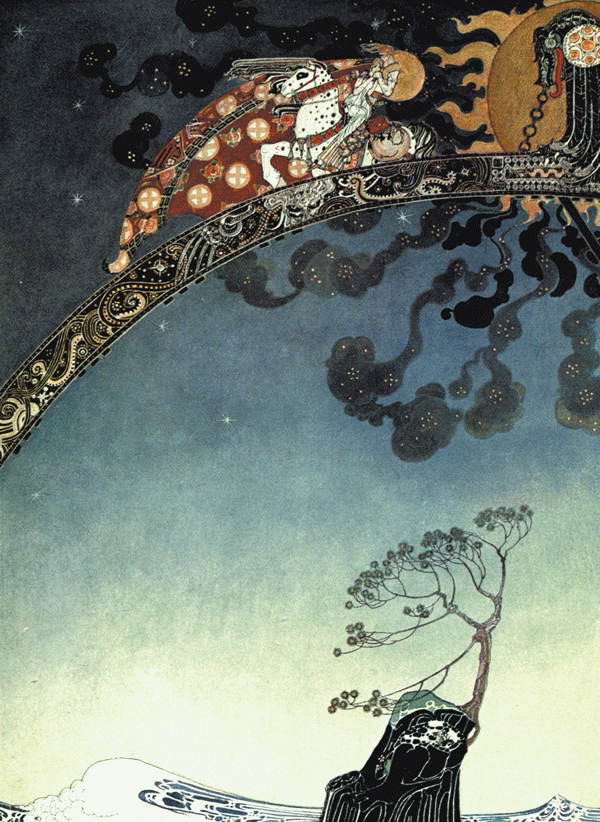 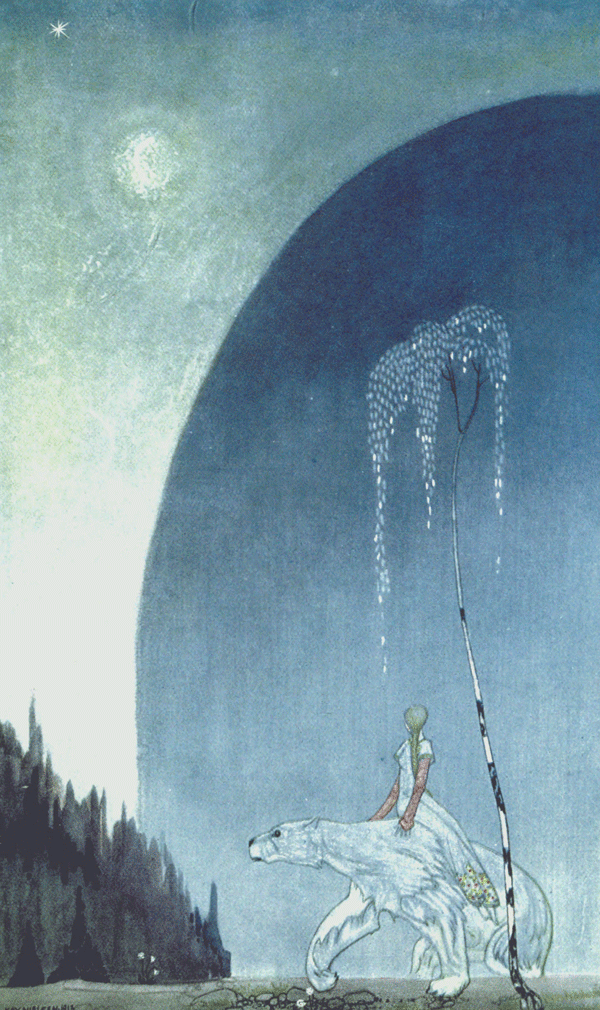 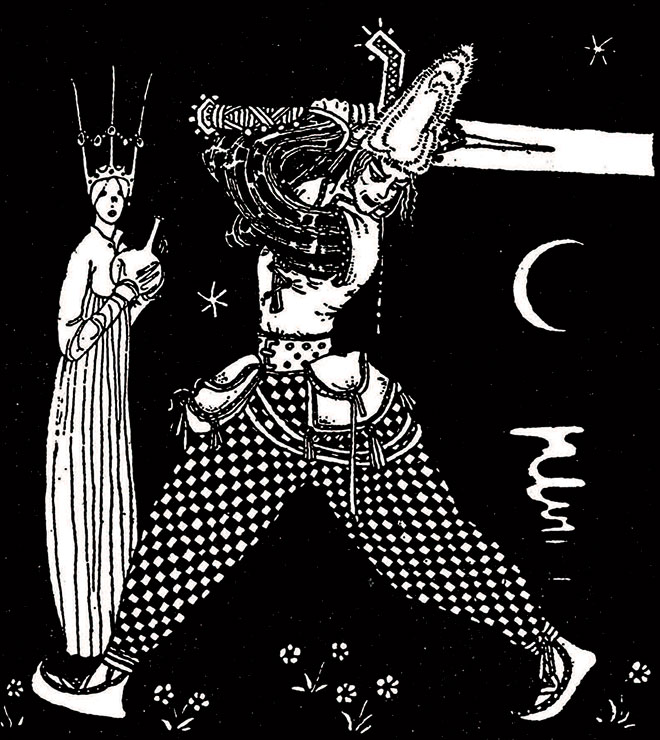