Hansel and Gretel – and Other Siblings Forsaken in Forests

Posted in Book of the Month, Origins of Fairy Tales

The Hansel and Gretel Story – and Other Siblings Forsaken in Forests

Our Book of the Month for November is Hansel and Gretel – and Other Siblings Forsaken in Forests from our beloved Origins of Fairy Tales from Around the World Series.

This series showcases the amazing breath and diversity involved in folkloric storytelling. It focuses on the phenomenon that the same tales, with only minor variations, appear again and again in different cultures – across time and geographical space.

The story of Hansel and Gretel, as fairy tales go, has a reasonably short historical lineage. It belongs to a group of European tales especially prevalent in the Baltic regions, about children who outwit witches or ogres into whose hands they have involuntarily fallen. Such tales, where a family’s offspring are abandoned (usually in the woods) are thought to have originated in the medieval period of the Great Famine (1315-1321), which drove many people to desperate deeds. Deserting children in the forest to die, or leaving them to fend for themselves was certainly not unknown during the Late Middle Ages – and it is no small coincidence that the children are starving when they discover the gingerbread house. 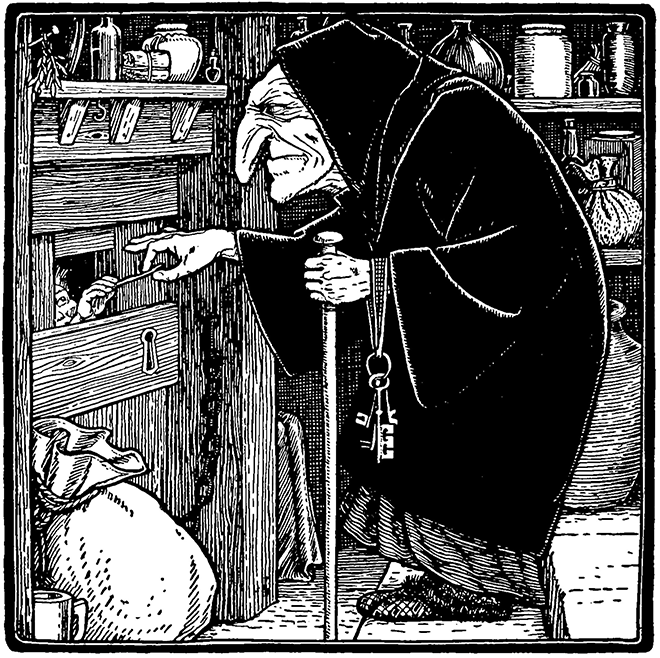 ‘Put out your forefinger.’ by John D. Batten

The tales in this book are enhanced by the addition of over 50 stunning illustrations by talented artists from the Golden Age of Illustration. Illustrations from John D. Batten, Arthur Rackham, Jennie Harbour, Charles Robinson and many more provide a fascinating insight into an era of intense historical and creative development, bringing both little known stories, and the art that has accompanied them, back to life.

We hope you’ve enjoyed reading about this classic fairy tale and it’s many variations from around the world.

If you would like to purchase this book to read these tales in full visit Amazon. 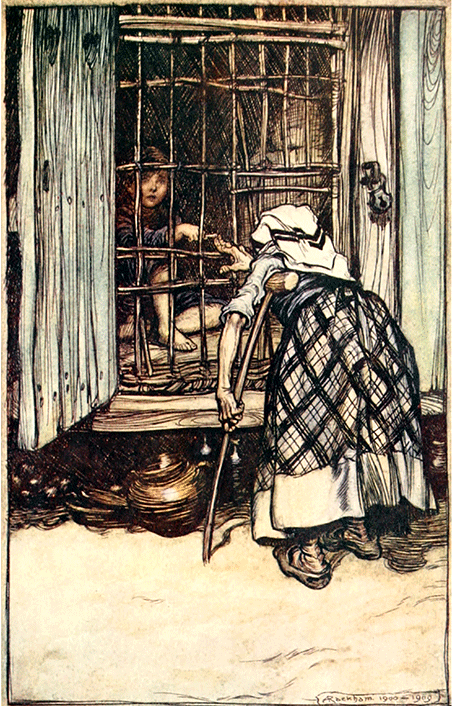 ‘Hansel put out a knuckle-bone, and the old woman, whose eyes were dim, could not see’ By Arthur Rackham 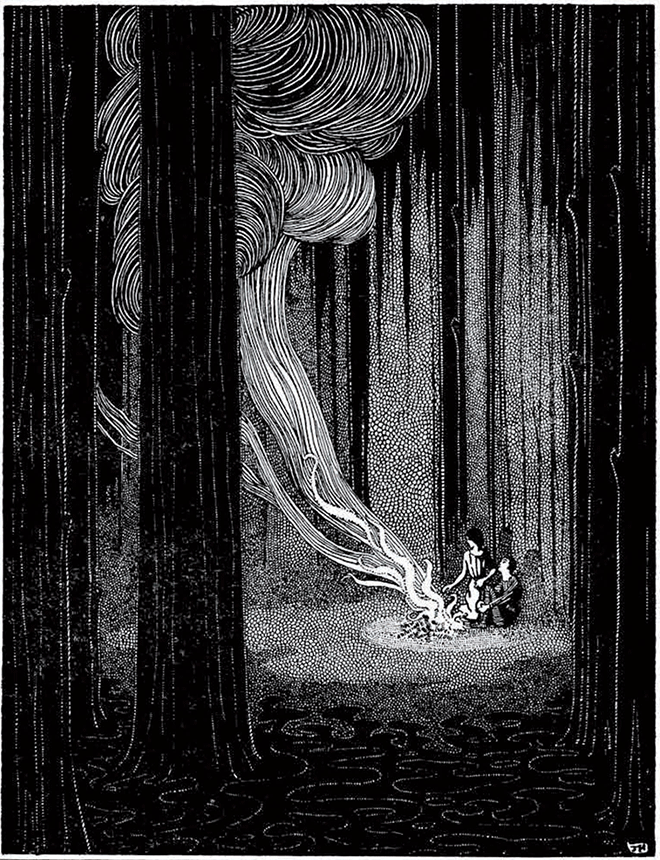 ‘Hansel and Grethel sat down by the fire.’ by Jennie Harbour 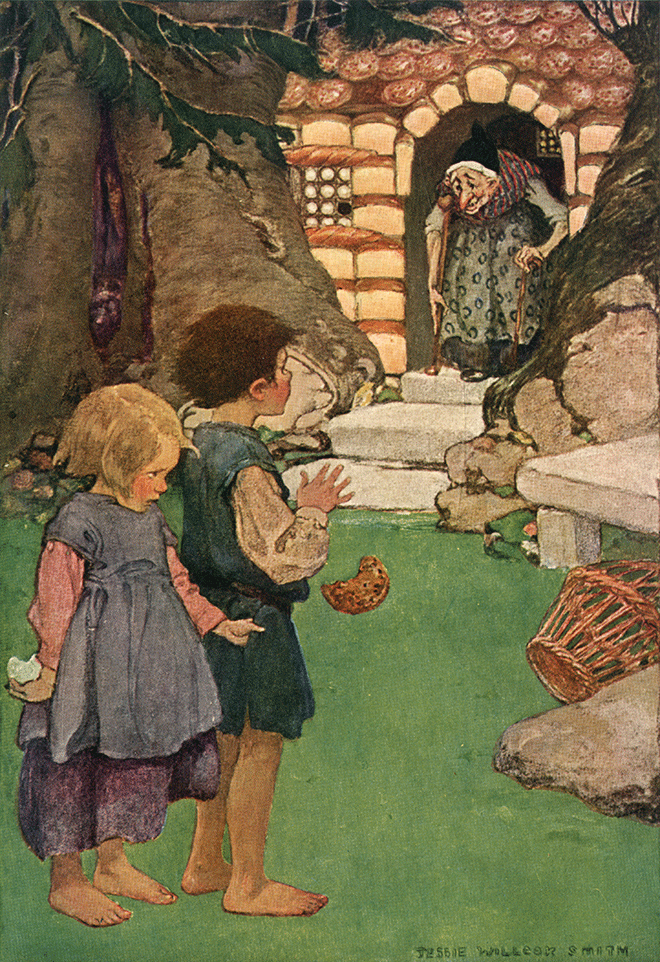 ‘Suddenly the door opened, and an ancient dame leaning on a staff hobbled out.’ by Jessie Willcox Smith