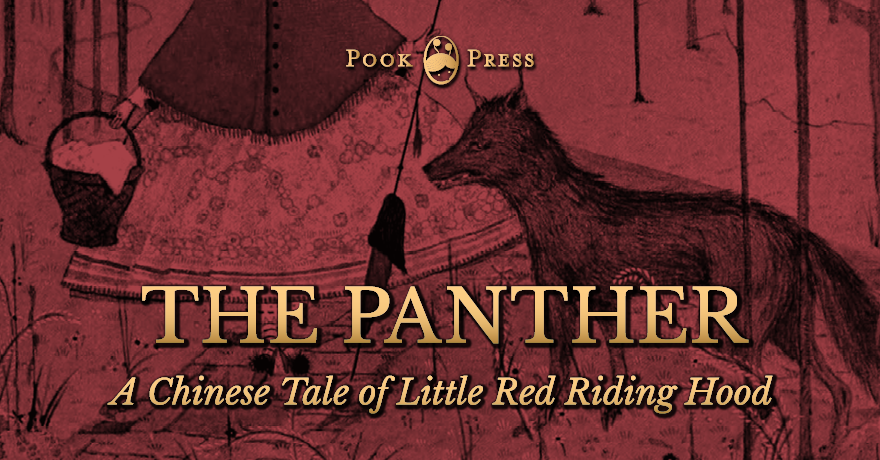 The actual origins of the tale are unknown, however it most likely derived from oral traditions during the early Qing Dynasty (also known as the Manchu).  The Qing were the last great imperial dynasty of China, who began their rule in 1644.  This particular version was written down in The Chinese Fairy Book by Dr. Richard Wilhelm, published in 1921.

A rather different take on the story of Little Red Riding Hood in which a panther takes the place of the wolf. This Chinese version is just as gory as the German story as the cunning panther devours the mother and a son and deceives the two remaining daughters. This is a story of courage, redemption and teamwork as the town work together to defeat the panther once and for all.

Once upon a time there was a widow who had two daughters and a little son. And one day the mother said to her daughters: “Take good care of the house, for I am going to see grandmother, together with your little brother!” So the daughters promised her they would do so, and their mother went off. On her way a panther met her, and asked where she were going.

She said: “I am going with my child to see my mother.”

“Will you not rest a bit?” asked the panther.

“No,” said she, “it is already late, and it is a long road to where my mother lives.”

But the panther did not cease urging her, and finally she gave in and sat down by the road side.

“I will comb your hair a bit,” said the panther. And the woman allowed the panther to comb her hair. But as he passed his claws through her hair, he tore off a bit of her skin and devoured it.

“Stop!” cried the woman, “the way you comb my hair hurts!” 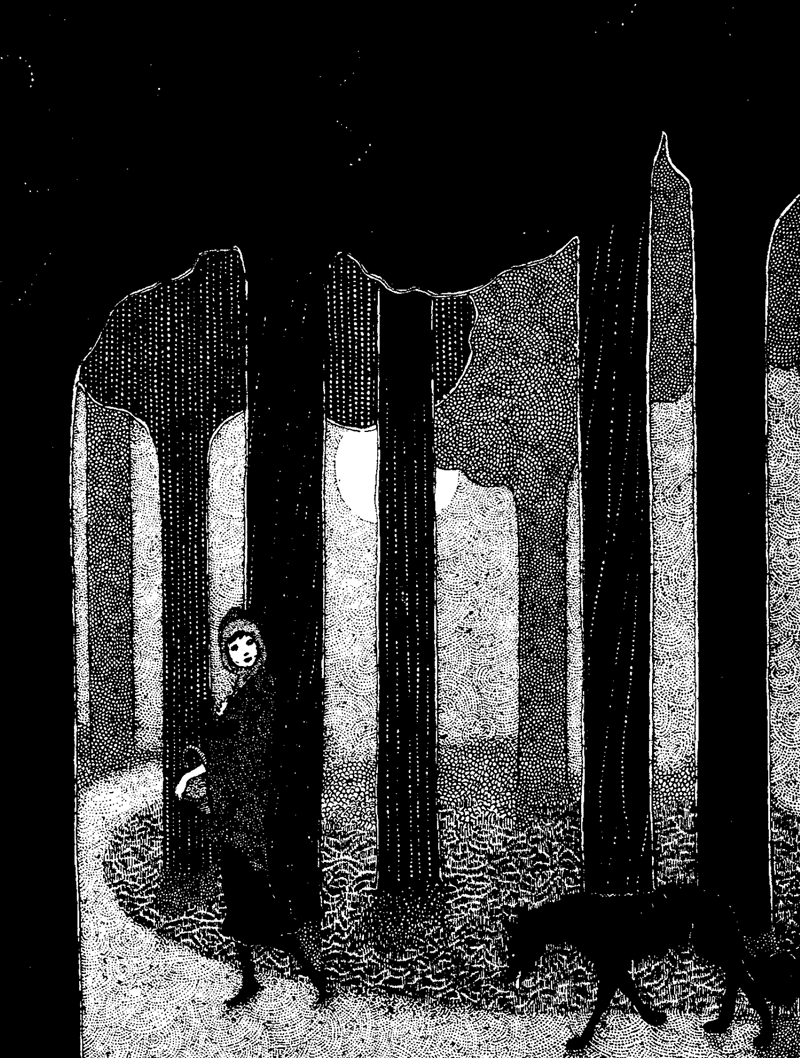 But the panther tore off a much larger piece of skin. Now the woman wanted to call for help, but the panther seized and devoured her. Then he turned on her little son and killed him too, put on the woman’s clothes, and laid the child’s bones, which he had not yet devoured, in her basket. After that he went to the woman’s home, where her two daughters were, and called in at the door: “Open the door, daughters! Mother has come home!” But they looked out through a crack and said: “Our mother’s eyes are not so large as yours!”

Then the panther said: “I have been to grandmother’s house, and saw her hens laying eggs. That pleases me, and is the reason why my eyes have grown so large.”

“Our mother had no spots in her face such as you have.”

“Grandmother had no spare bed, so I had to sleep on the peas, and they pressed themselves into my face.”

“Our mother’s feet are not so large as yours.”

“Stupid things! That comes from walking such a distance. Come, open the door quickly!”

Then the daughters said to each other: “It must be our mother,” and they opened the door. But when the panther came in, they saw it was not really their mother after all.

At evening, when the daughters were already in bed, the panther was still gnawing the bones he had brought with him.

Then the daughters asked: “Mother, what are you eating?” 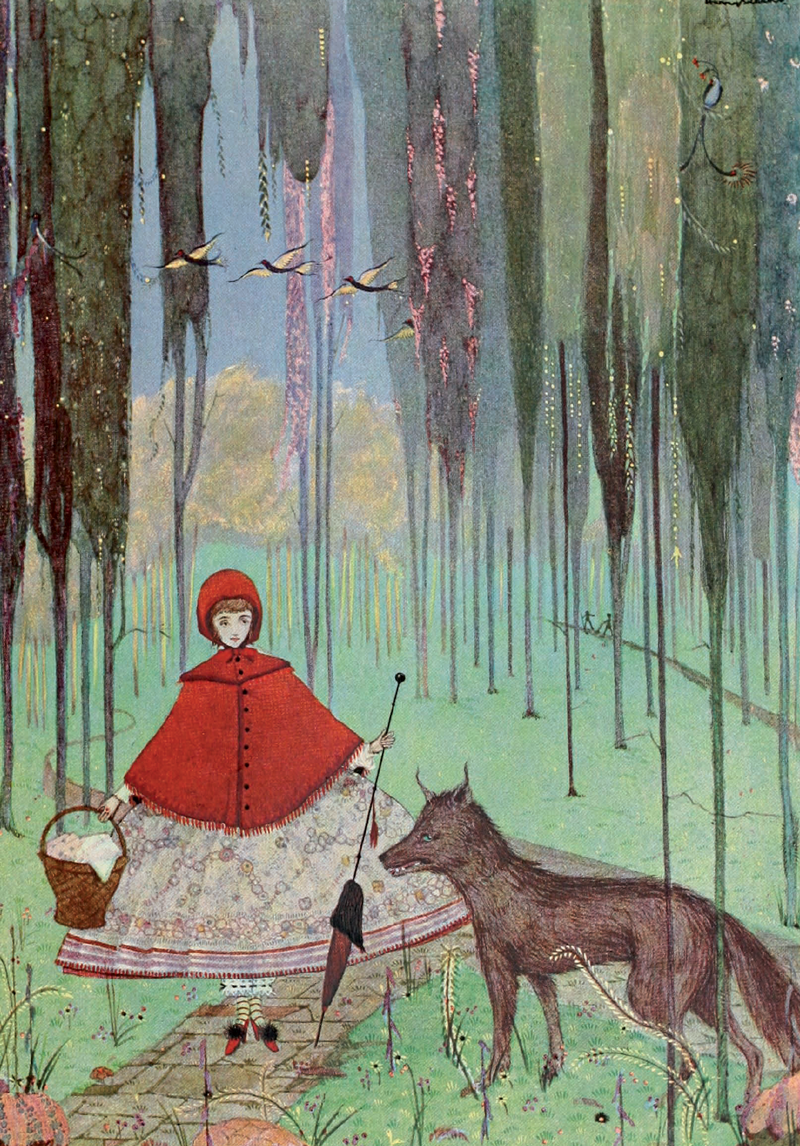 “I’m eating beets,” was the answer.

Then the daughters said: “Oh, mother, give us some of your beets, too! We are so hungry!”

But the daughters kept on begging until the false mother gave them a little finger. And then they saw that it was their little brother’s finger, and they said to each other: “We must make haste to escape else he will eat us as well.” And with that they ran out of the door, climbed up into a tree in the yard, and called down to the false mother: “Come out! We can see our neighbor’s son celebrating his wedding!” But it was the middle of the night.

Then the mother came out, and when she saw that they were sitting in the tree, she called out angrily: “Why, I’m not able to climb!”

The daughters said: “Get into a basket and throw us the rope and we will draw you up!”

The mother did as they said. But when the basket was half-way up, they began to swing it back and forth, and bump it against the tree. Then the false mother had to turn into a panther again, lest she fall down. And the panther leaped out of the basket, and ran away.

Gradually daylight came. The daughters climbed down, seated themselves on the doorstep, and cried for their mother. And a needle-vender came by and asked them why they were crying.

“A panther has devoured our mother and our brother,” said the girls. “He has gone now, but he is sure to return and devour us as well.”

Then the needle-vender gave them a pair of needles, and said: “Stick these needles in the cushion of the arm chair, with the points up.” The girls thanked him and went on crying. 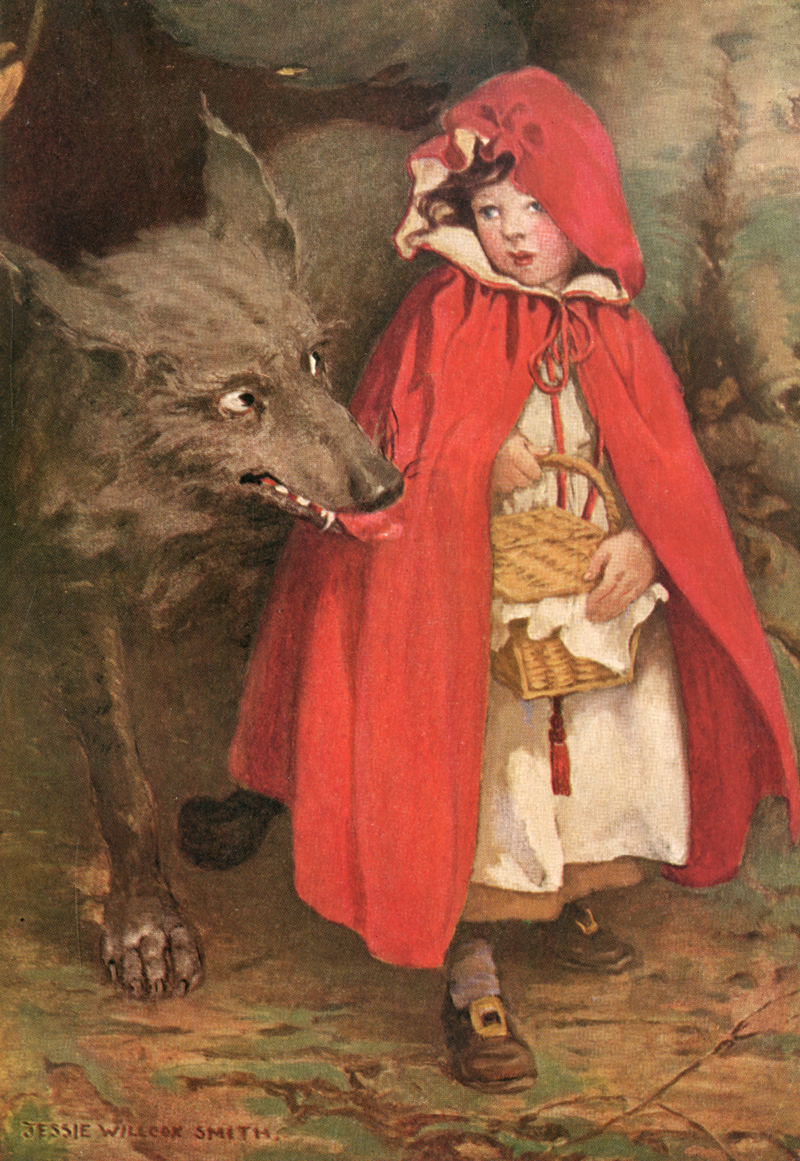 Soon a scorpion-catcher came by; and he asked them why they were crying. “A panther has devoured our mother and brother,” said the girls. “He has gone now, but he is sure to return and devour us as well.”

The man gave them a scorpion and said: “Put it behind the hearth in the kitchen.” The girls thanked him and went on crying.

Then an egg-seller came by and asked them why they were crying. “A panther has devoured our mother and our brother,” said the girls. “He has gone now, but he is sure to return and devour us as well.”

So he gave them an egg and said: “Lay it beneath the ashes in the hearth.” The girls thanked him and went on crying.

Then a dealer in turtles came by, and they told him their tale. He gave them a turtle and said: “Put it in the water-barrel in the yard.” And then a man came by who sold wooden clubs. He asked them why they were crying. And they told him the whole story. Then he gave them two wooden clubs and said: “Hang them up over the door to the street.” The girls thanked him and did as the men had told them.

In the evening the panther came home. He sat down in the armchair in the room. Then the needles in the cushion stuck into him. So he ran into the kitchen to light the fire and see what had jabbed him so; and then it was that the scorpion hooked his sting into his hand. And when at last the fire was burning, the egg burst and spurted into one of his eyes, which was blinded. So he ran out into the yard and dipped his hand into the water-barrel, in order to cool it; and then the turtle bit it off. And when in his pain he ran out through the door into the street, the wooden clubs fell on his head and that was the end of him. 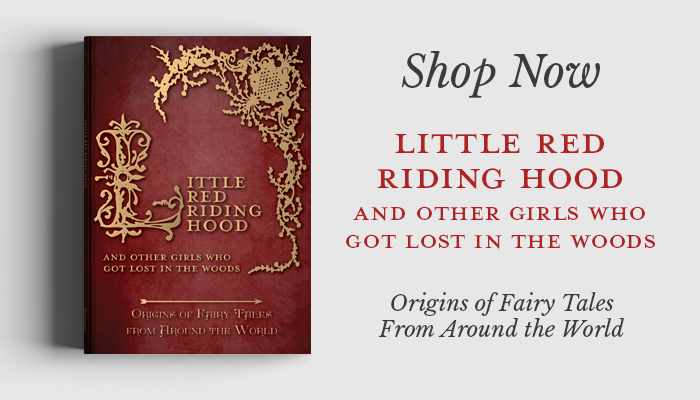