Artist Harry Clarke was born in Dublin, Ireland, on 17th March 1889. He was a leading artist of the Irish Arts and Crafts Movement, as well as the ‘Golden Age of Illustration‘.

The son of a craftsman (Joshua Clarke), Harry Clarke was exposed to art (and in particular Art Nouveau) at an early age. He went to school at Belvedere College, and by his late teens was studying stained glass at the Dublin Art School. While there, his The Consecration of St Mel, Bishop of Longford, by St Patrick won the gold medal for stained glass work in the 1910 ‘Board of Education National Competition’.

Tales of Mystery and Imagination – with Harry Clarke Illustrations 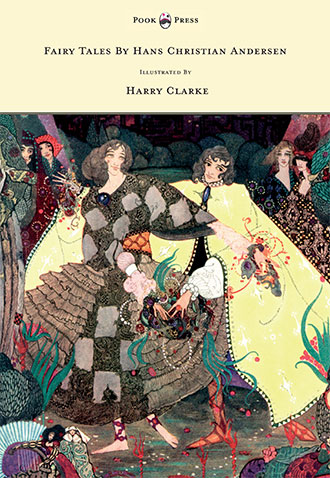 After completing his education, Clarke moved to London to seek work as an artist. He won commissions to work on illustrations for new editions of Samuel Taylor Coleridge’s The Rime of the Ancient Mariner and Alexander Pope’s The Rape of the Lock, but completed neither of them. As it turned out, his first completed work was six colour plates and more than twenty-four monotone illustrations for Hans Christian Andersen’s Fairy Tales by Hans Christian Andersen (1916).

Clarke’s next endeavour was a series of illustrations for an edition of Edgar Allan Poe’s Tales of Mystery and Imagination (1916). This work sealed his reputation as a skilled illustrator, and was followed by editions of The Years at the Spring (1920), containing twelve colour plates and more than fourteen monotone images, Charles Perrault’s Fairy Tales of Perrault (1922), and Goethe’s Faust (1925), containing eight colour plates and more than seventy monotone and duotone images. The last of these is considered his masterwork – and largely prefigures the disturbing yet colourful imagery of 1960s psychedelia.

Clarke’s timing could not have been more perfect, as he was working as an illustrator just as the golden-age of gift-book illustration was taking off (in the first quarter of the twentieth century). His work can be compared to other masters of the craft such as Arthur Rackham, Kay Nielsen and Virginia Frances Sterrett. 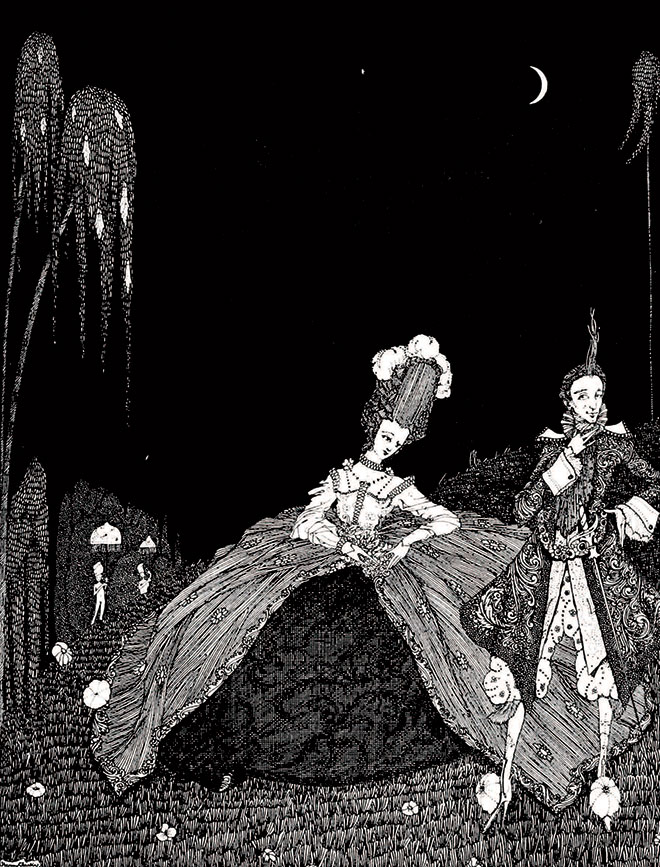 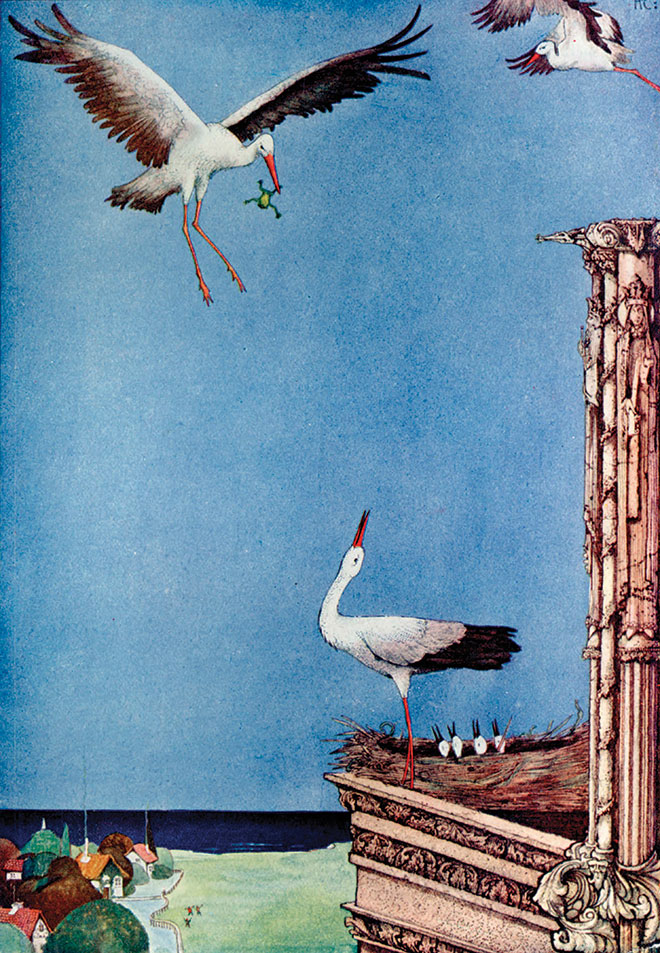 Two of his most sought-after titles include promotional booklets for Jameson Irish Whiskey: A History of a Great House (1924) and Elixir of Life (1925), which was written by Geoffrey Warren. Clarke’s final book was the Selected Poems of Algernon by Charles Swinburne, published in 1928.

During the 1920s, he also directed much of his attention at stained glass, producing more than 130 windows. Alongside his brother Walter, Clarke took over their father’s artist studio. (Their father had died in 1921). His glass is distinguished by the finesse of its drawing, unusual in the medium, his use of rich colours (inspired by an early visit to see the stained glass of the Cathedral of Chartres, he was especially fond of deep blues), and an innovative integration of the window leading as part of the overall design (his use of heavy lines in his black and white book illustrations is probably derived from his glass techniques). 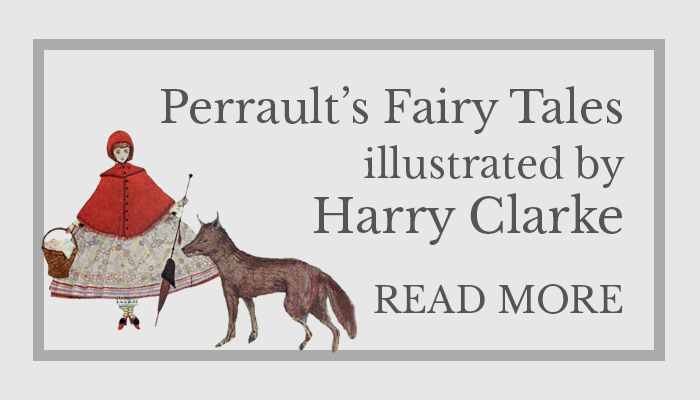 Clarke’s best-known stained-glass works are the windows of the Honan Chapel in University College Cork, the windows of Bewley’s Café on Dublin’s Grafton Street, and the window illustrating John Keats’ The Eve of St. Agnes in the Hugh Lane Municipal Gallery in Dublin.

Clarke died of tuberculosis on 6th January 1931 (while attempting to convalesce in Switzerland). Ill health had plagued both brothers, and his younger sibling died a year previous.

Influenced by both Art Nouveau and Art Deco, Clarke’s illustrations and stained glass work remain highly sought after and appreciated in the present-day. 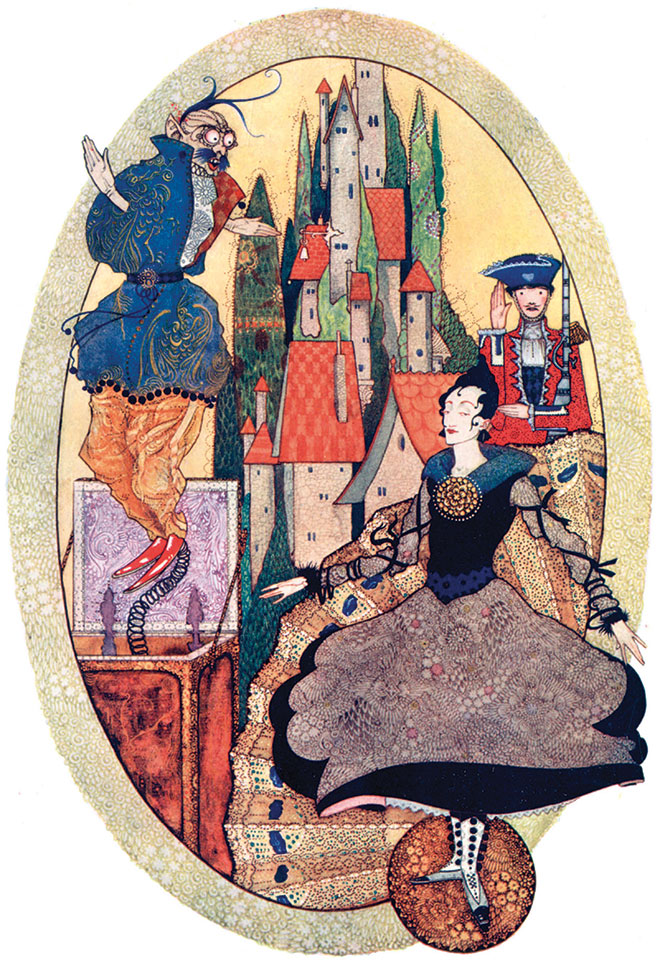 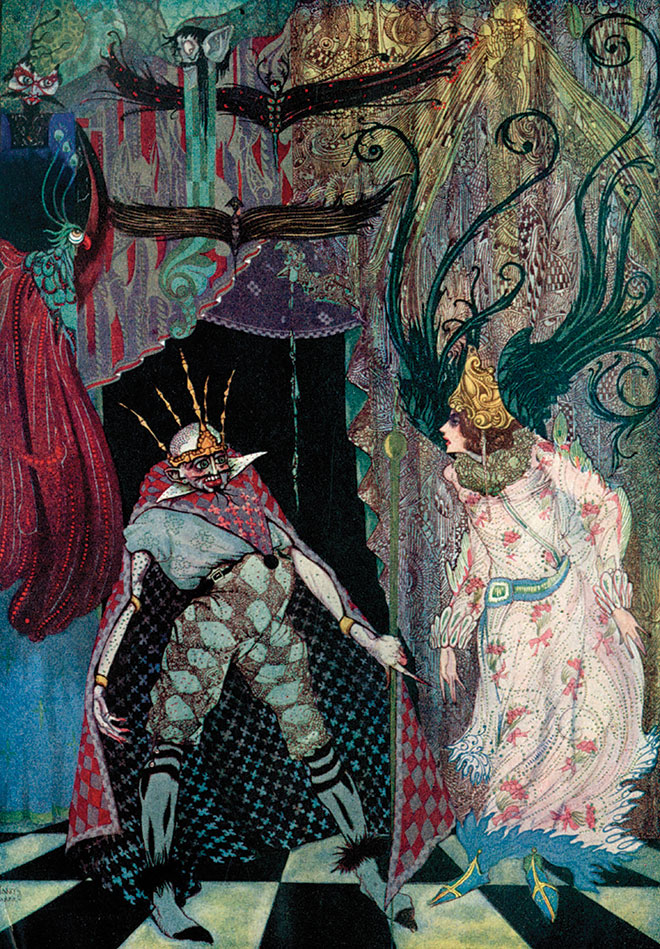 Tales of Mystery and Imagination – with Harry Clarke Illustrations 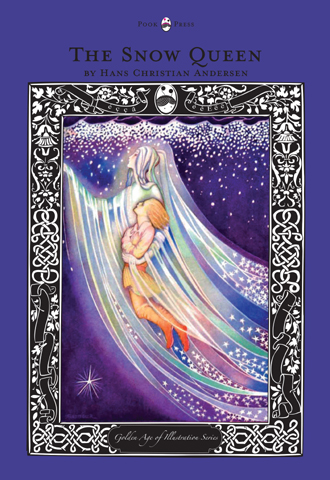