These gorgeous illustrations have been selected from Fairy Tales of Charles Perrault. A wonderful collection of Perrault’s magical fairy tales originally published in 1922. The illustrations are incredibly delicate but also carry a sinister charm that was carried through much of Clarke’s work.

Extract from the introduction:

Mr Clarke’s illustrations speak for themselves. They speak for Perrault too. It is seldom, indeed, that an illustrator enters so thoroughly into the spirit of his text. The grace, delicacy, urbanity, tenderness, and humour which went into the making of Perrault’s stories must, it seems, have also gone in somewhat similar proportions to the making of these delightful drawings. I am sure that they would have given pleasure to Perrault himself.

Harry Clarke, was a leading artist of the Irish Arts and Crafts Movement, as well as the ‘Golden Age of Illustration‘. He illustrated many books such as Hans Christian Andersen’s Fairy Tales (1916), Edgar Allan Poe’s Tales of Mystery and Imagination (1916) and The Years at the Spring (1920). 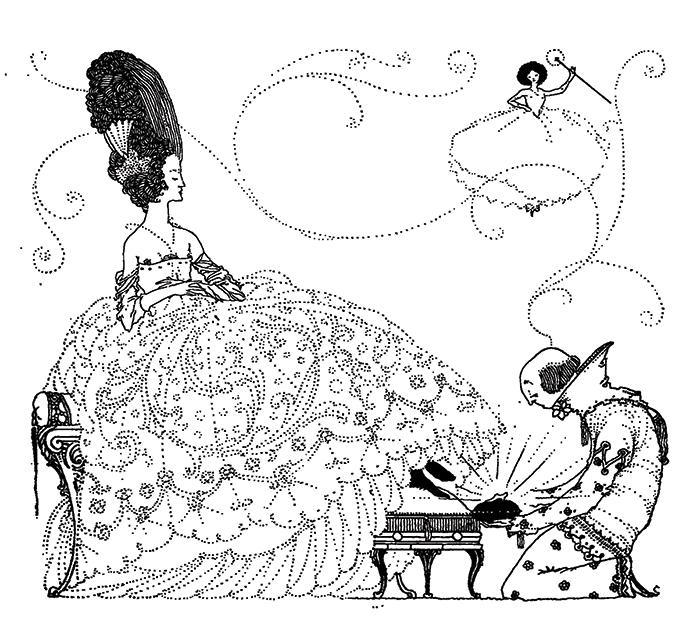 “Cinderella and her Prince” – Harry Clarke 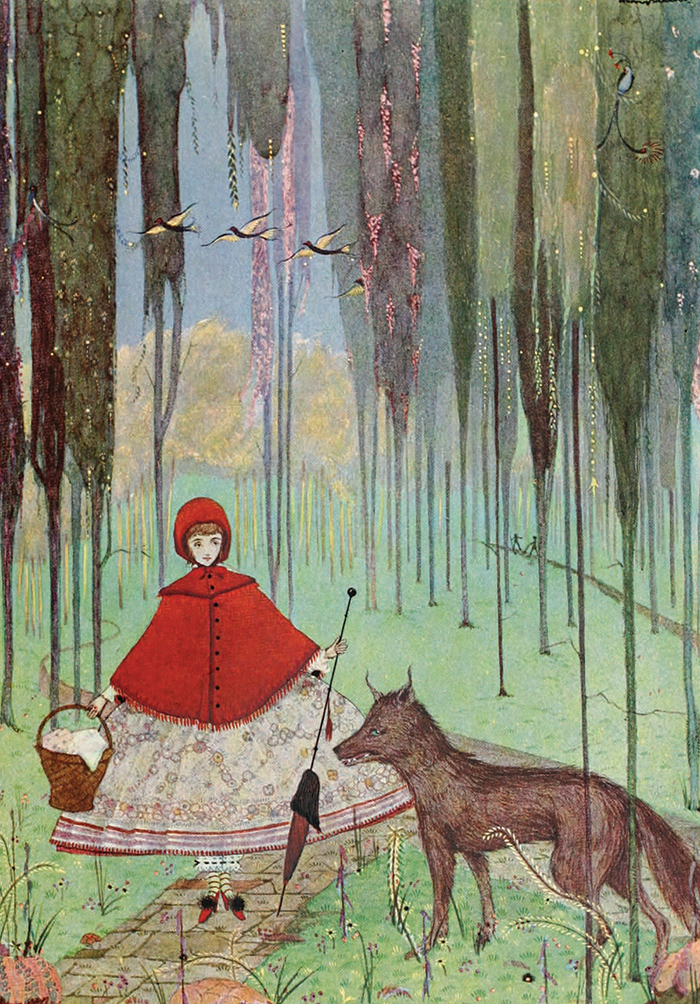 “He asked her whither she was going.” Little Red Riding Hood – Harry Clarke 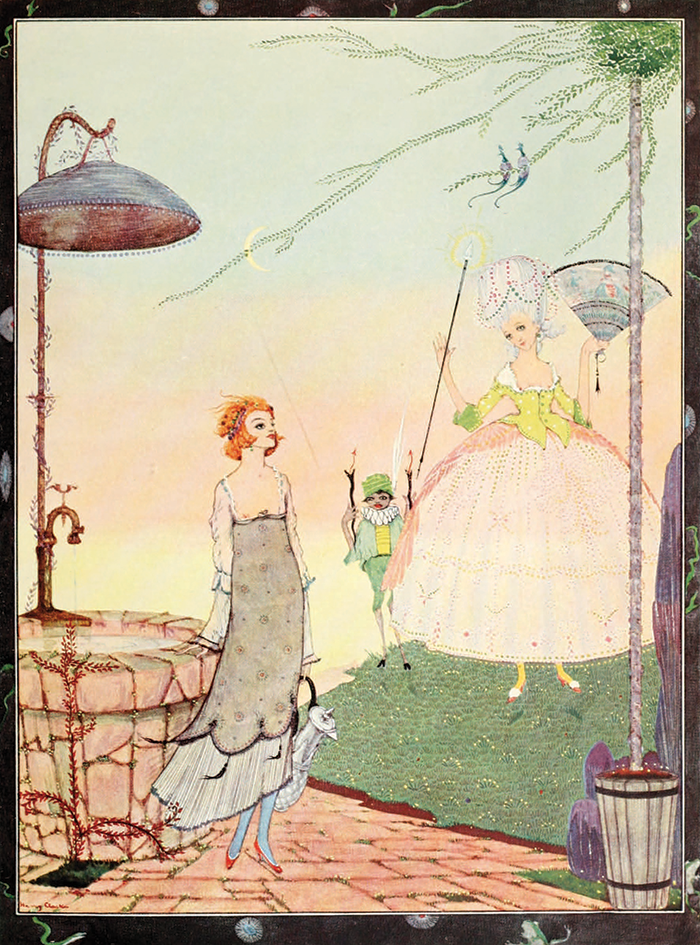 “Am I come hither to serve you with water, pray?” The Fairy – Harry Clarke 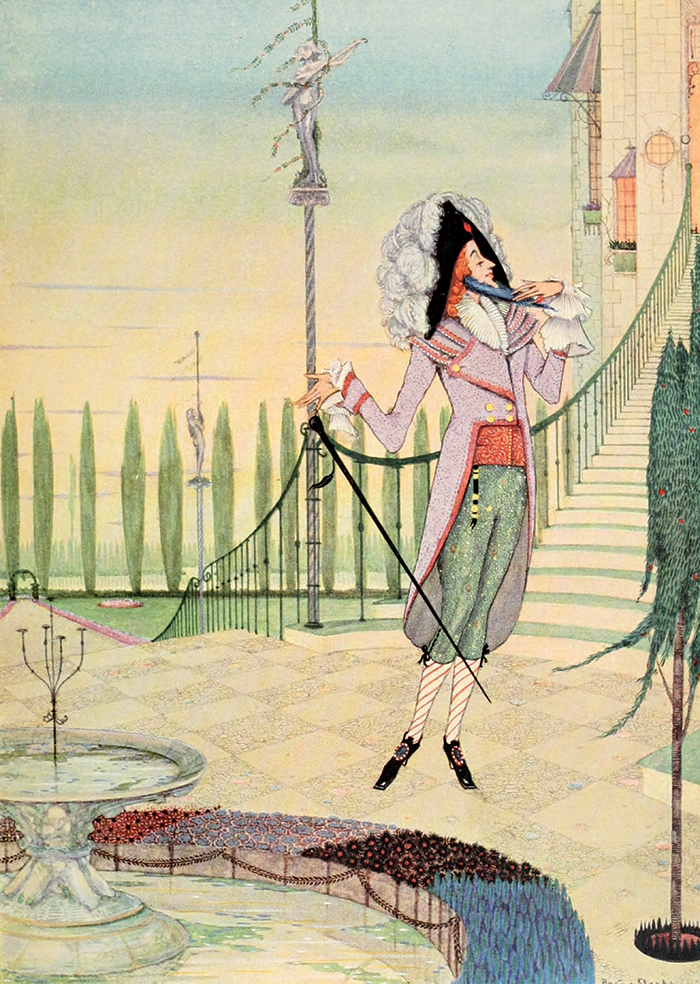 “This man had the misfortune to have a blue beard.” Bluebeard – Harry Clarke 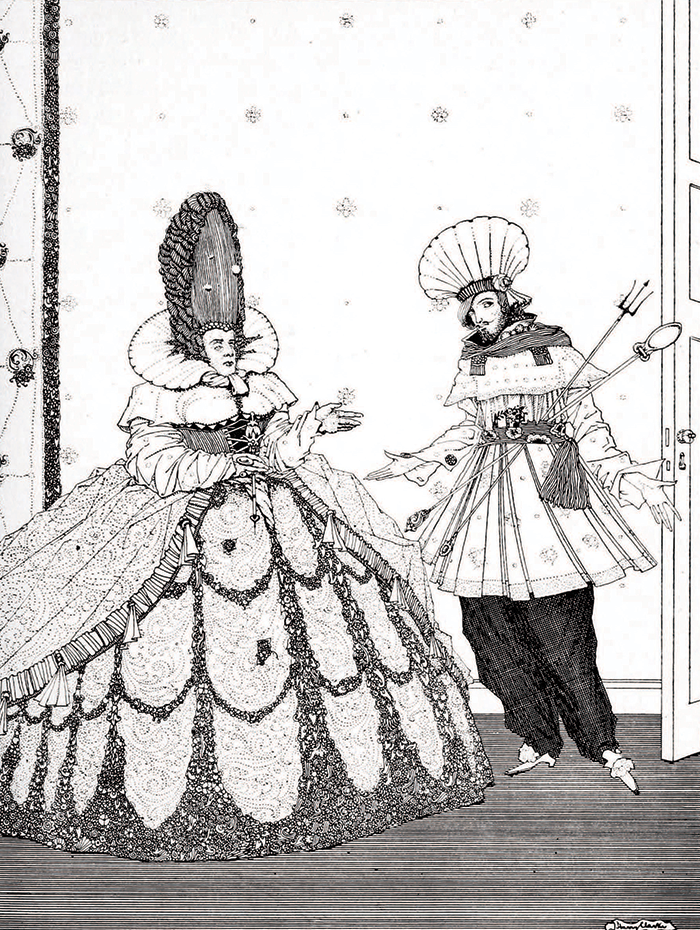 “I will have it so,” replied the queen, “and will eat her with a Sauce Robert.” The Sleeping Beauty in the Wood – Harry Clarke 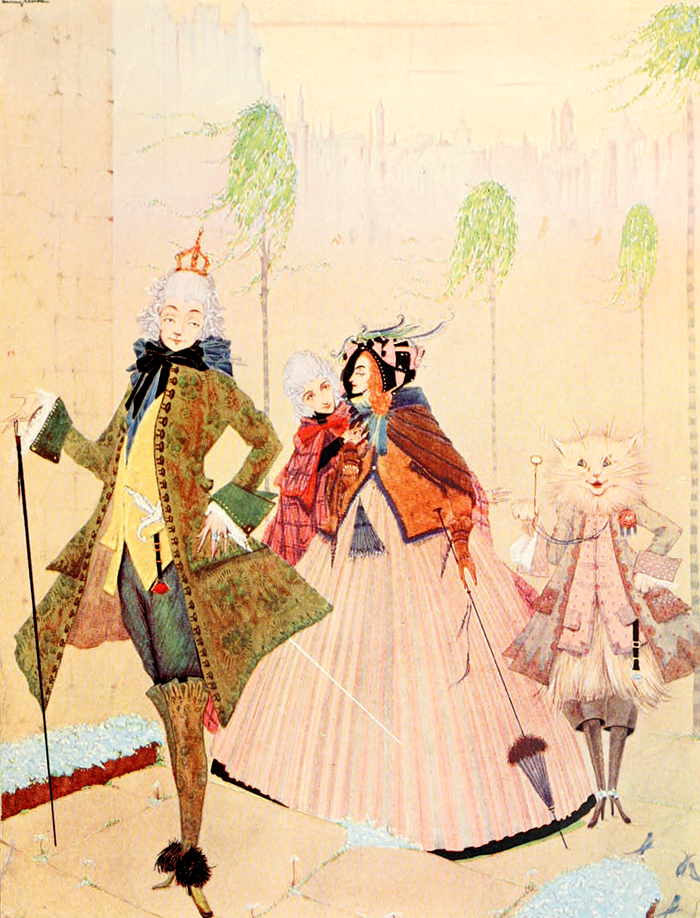 “The marquis gave his hand to the princess.” The Master Cat; or, Puss in Boots – Harry Clarke 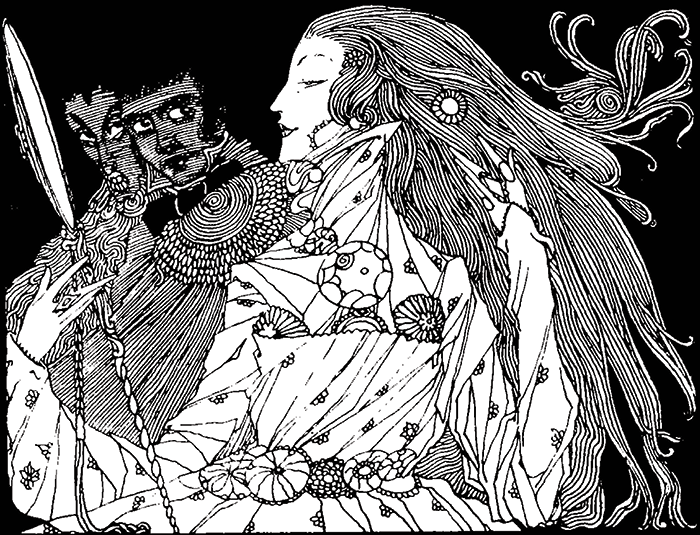 Another Moral of Cinderella – Harry Clarke 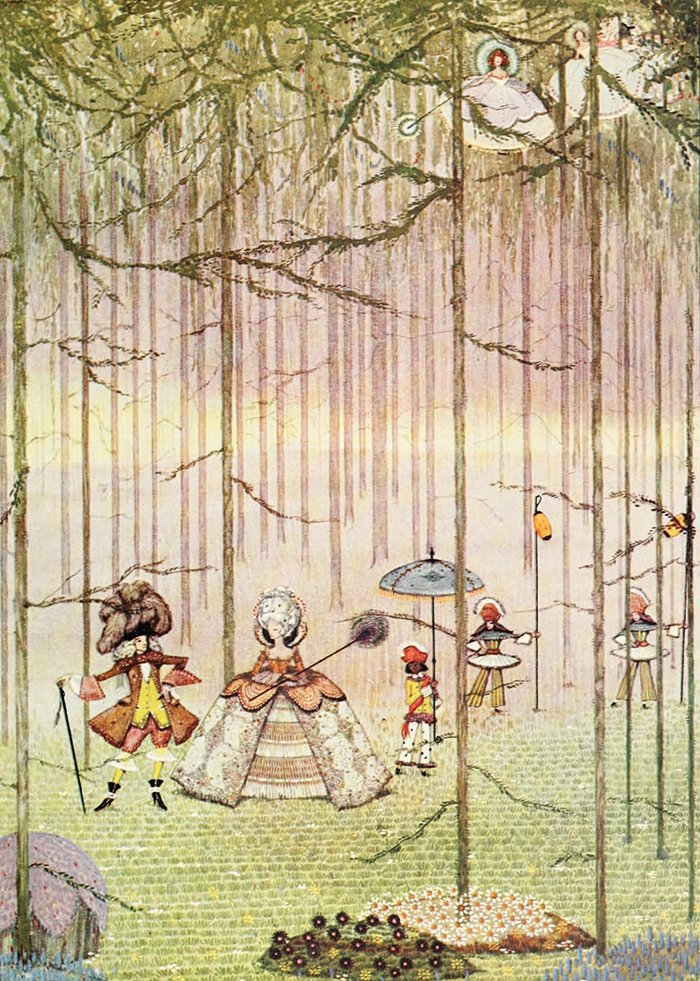 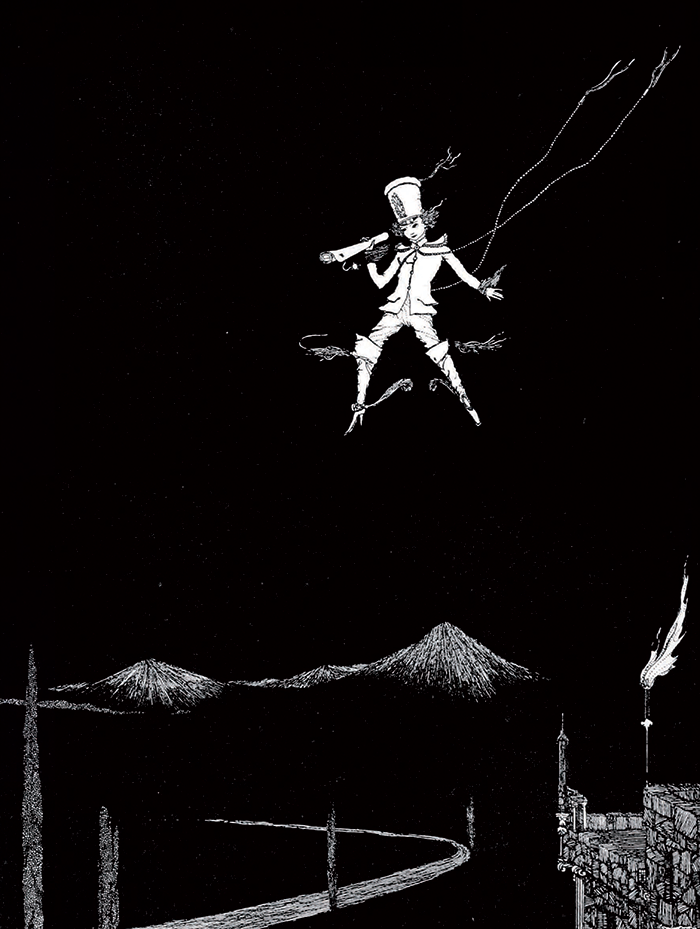 Little Thumb was as good as his word, and returned that same night with the news. Little Thumb – Harry Clarke 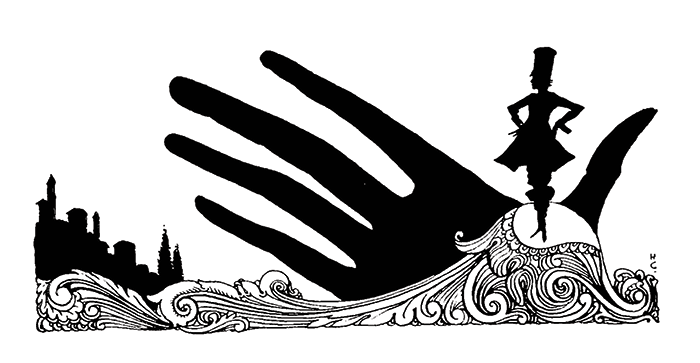 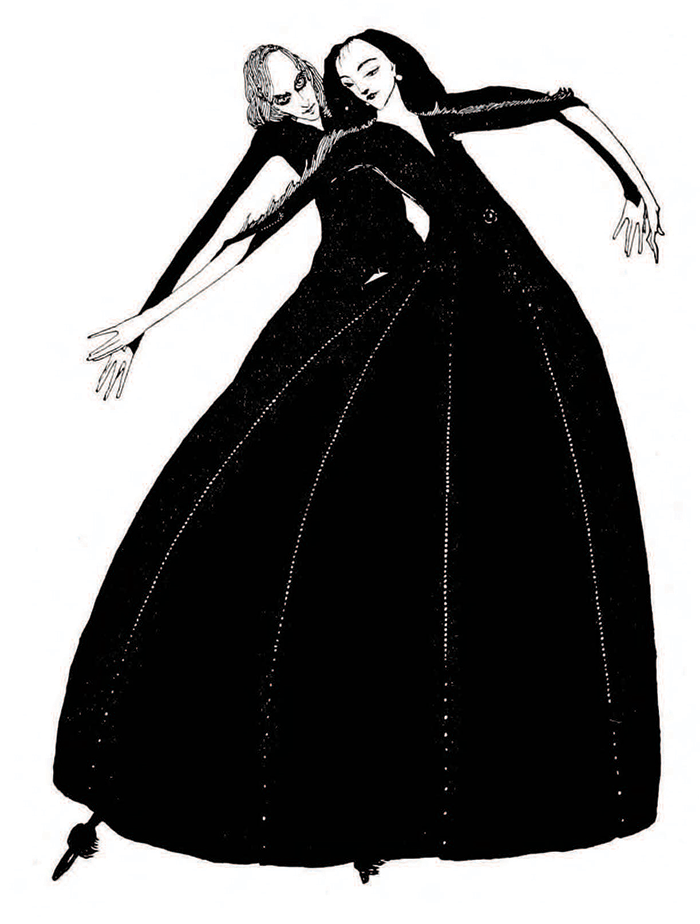 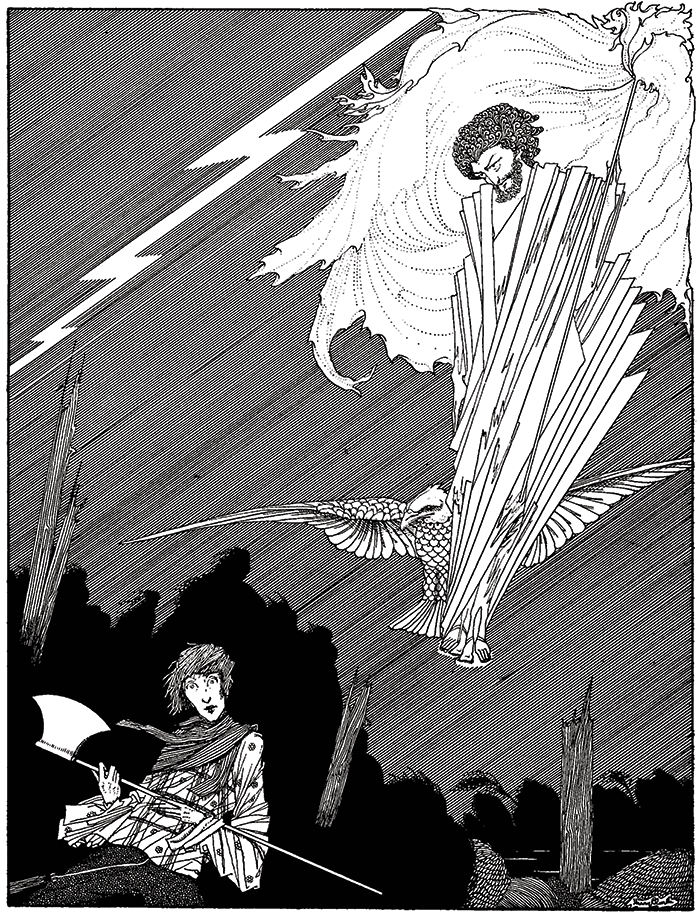 “Jupiter appeared before him wielding his mighty thunderbolts.” The Ridiculous Wishes – Harry Clarke 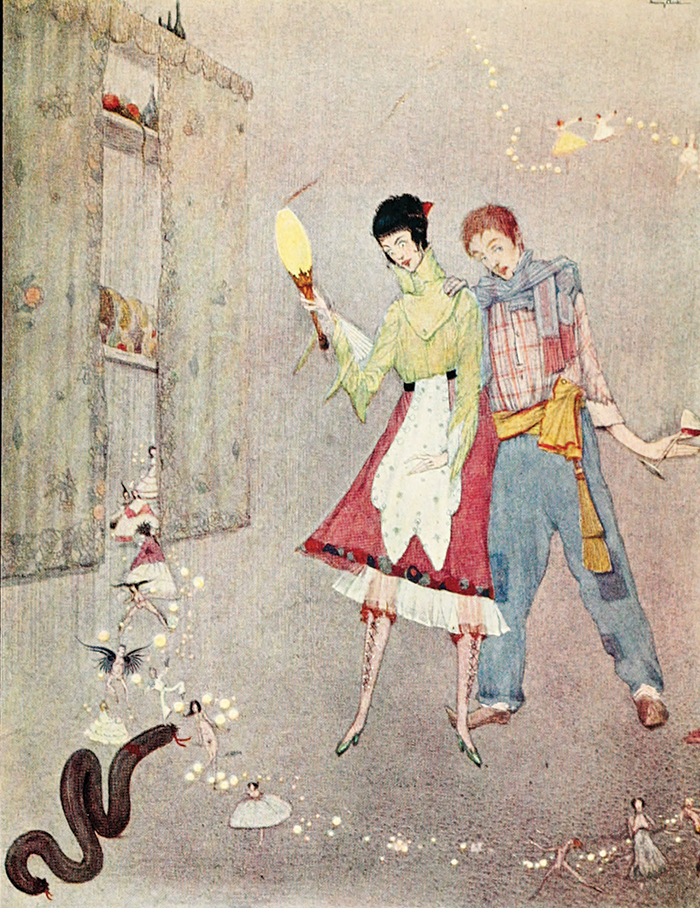 “A long black pudding came winding and wriggling towards her.” The Ridiculous Wishes – Harry Clarke 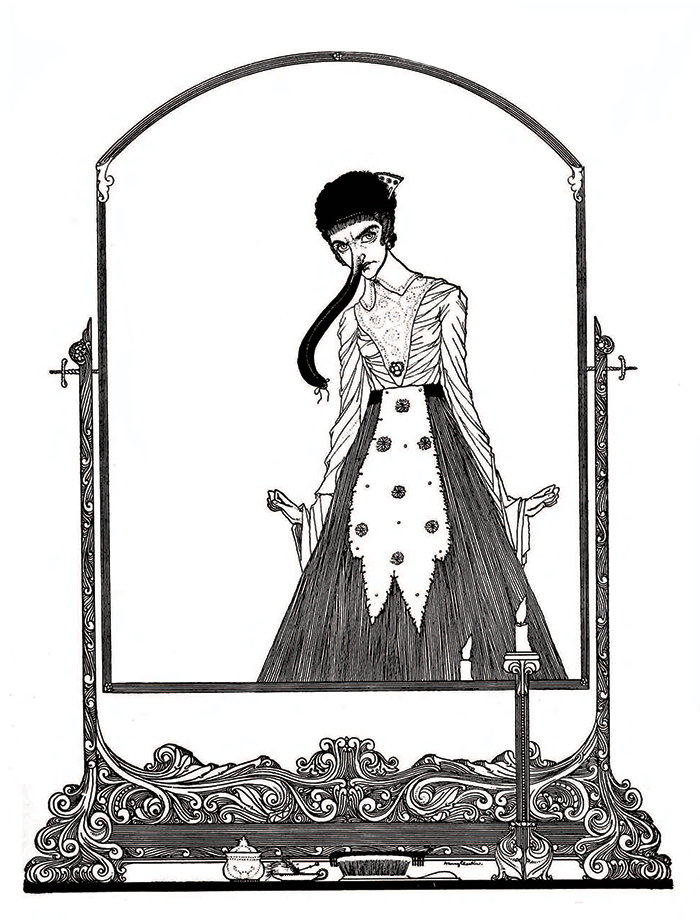 “Truth to tell, this new ornament did not set off her beauty.” The Ridiculous Wishes – Harry Clarke 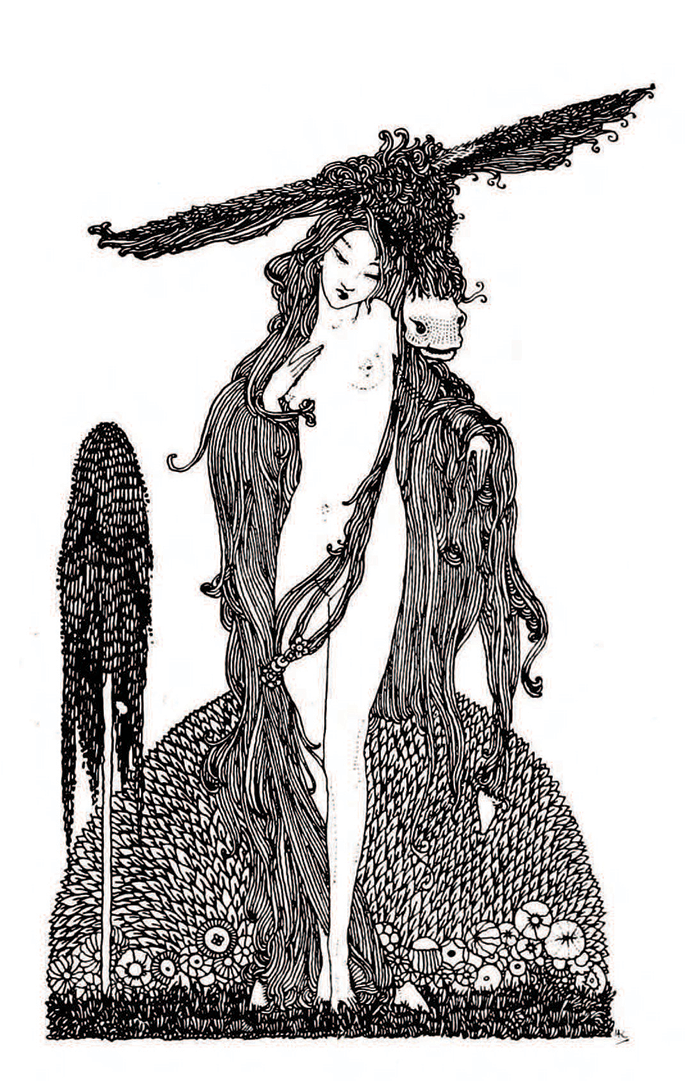 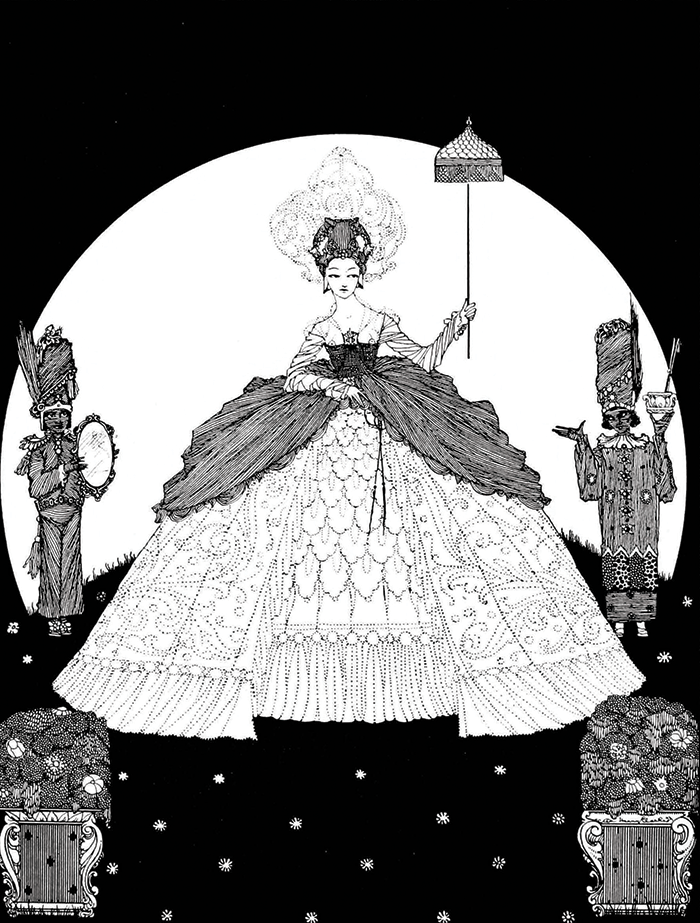 “Another gown the colour of the moon.” Donkey-Skin – Harry Clarke