The Illustrators of Alice in Wonderland

Alice’s Adventures in Wonderland is a novel written by Charles Lutwidge Dodgson, better known as ‘Lewis Carroll’.  The work was first published in 1865 and relays the explorations of its protagonist down the rabbit hole and beyond into a fantasy land full of anthropomorphic creatures, secret gardens and a whole host of mesmerising characters.  The first print run of 2000 copies sold out incredibly rapidly, and it has remained one of the bestselling English classics ever since.

Alice in Wonderland is so much more than just a children’s chronicle, it is a tale which plays at the heart of logical, mathematic and linguistic conundrums, as well as making frequent political and historical allusions.  Yet the primary reason for Alice’s longevity in the pantheon of English literature is the vibrancy with which the story stays in the reader’s mind. It is this vitality which the many, many illustrators of Alice in Wonderland have responded to.

When first published, Alice in Wonderland received mixed reviews; much of the public stressed its uncomfortable proximity to the ‘nonsense side’ of the still nascent ‘literary nonsense’ genre.  The book was initially illustrated the celebrated artist and illustrator John Tenniel, famed for his political satire, sharp lines and delicate arrangement.  Yet the very first illustrator of Alice was Dodgson himself.  He produced thirty-seven illustrations for the original manuscript, portraying his friend’s daughter (Alice Liddell) with her natural dark hair and childish mischievousness. 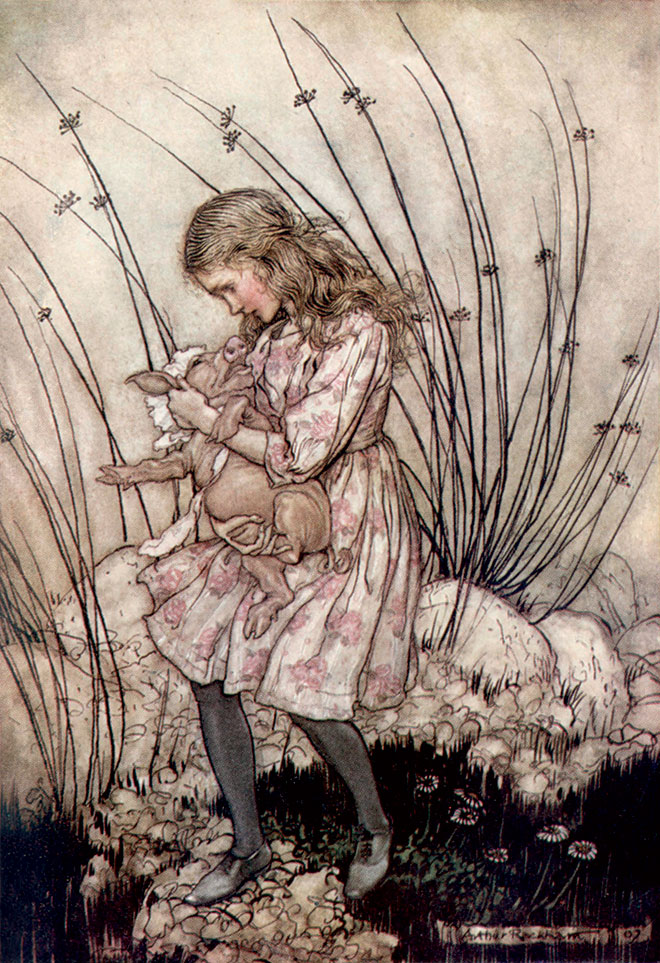 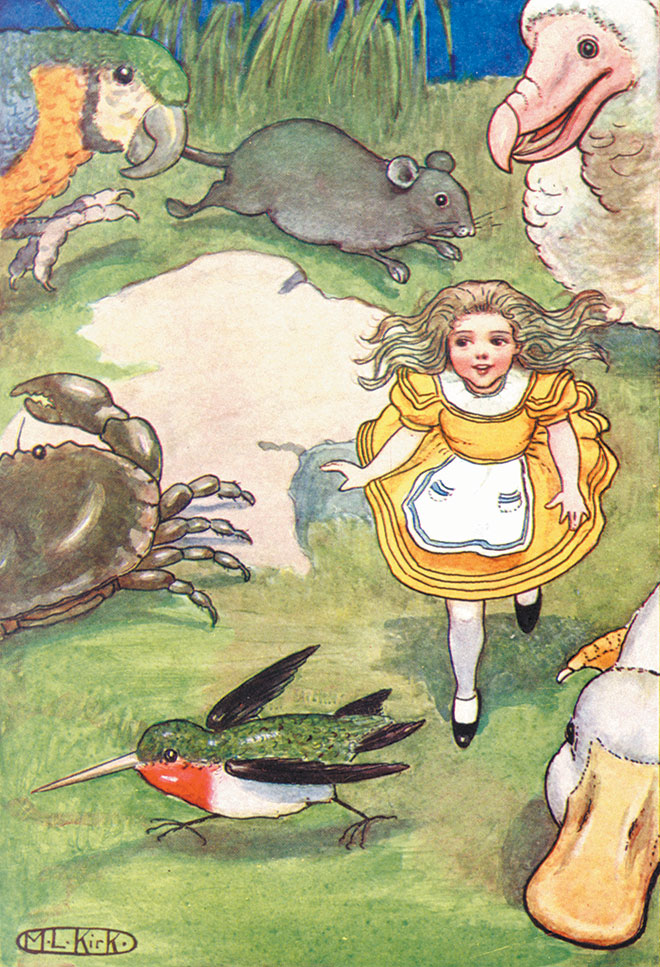 Dedicated with the inscription ‘A Christmas gift to a dear child in memory of a summer’s day’, the world Dodgson imagined was a frequently unsettling place.  His black and white drawings for Alice in Wonderland were carefully placed throughout the text – not merely an artistic response, but an integral part of the experience of the book.  Although the images were pleasing and interesting in their own right, Dodgson was persuaded to employ a professional illustrator, and it is from this collaboration that the famous Tenniel pictures were shaped.

Like Dodgson, Tenniel possessed a rigorous attention to detail and passion for the text, having formed his professional reputation drawing cartoons and caricatures for Punch magazine.  One of the immediately striking features of his Alice in Wonderland illustrations was the precise naturalism with which the animals were depicted, combined with a certain level of ambiguity and obscurity in the way their faces were revealed.  This is evident in the main characters of the White Rabbit and the Caterpillar; both usually face slightly away from the viewer (especially in the case of the Caterpillar), situated without a pictorial border so that the image becomes equal and merges with the text.

Tenniel worked in close conjunction with Dodgson, yet retained full artistic licence over his compositions.  The Alice in Wonderland drawings were created firstly in pencil, then re-enforced in ‘ink and Chinese white’ before being transferred to wood-blocks for engraving (by the Dalziel brothers) and finally made into Electrotype plates for use in the printing process.  Often, Tenniel’s designs had to be marginally altered, due to the intricate nature of fashioning the wood-blocks – and Dodgson’s frequent suggestions.  Yet the striking end products, with their delicate lines and intricate detailing were very much Tenniel’s own vision. 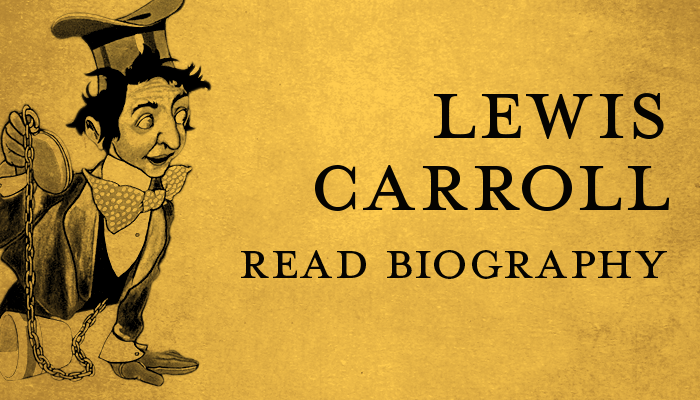 There is so much more to the story of Alice’s illustrators than just John Tenniel however. Alice in Wonderland has subsequently been drawn by such illustrious names as Harry Rountree, Milo Winter, Arthur Rackham, Mabel Lucie Attwell, Salvador Dali and many, many others.  The book was published in a period which witnessed an unprecedented upsurge in the quality of illustrated works, marking an astounding change in the way that publishers, artists and the general public came to view this hitherto insufficiently esteemed art form.  This era, customarily defined as lasting from the latter quarter of the nineteenth century until just after the First World War has become known as the ‘Golden age of Illustration’.

It was only after the British copyright expired in 1907, that the Alice in Wonderland was adopted by illustrators on a large scale. In that year alone twelve editions were published, with the current total in the hundreds.  Notably, there had been a few pirate editions published in the US before this date; the version by Blanche McManus (1896) being the most famous.  Her drawings, described as ‘pleasant but undistinguished’ elicited no comments from Dodgson however.  Post 1907, Millicent Sowerby and Thomas Maybank were some of the first British artists to tackle Alice’s world, both of whom produced a series of pretty and endearing images. It was Arthur Rackham’s more mature and considered illustrations which really set the standard however.

Similarly to Tenniel, Rackham’s Alice in Wonderland portrayed a world which could disturb as often as it enchanted; a dark place depicted in dark hues of brown, greens and greys.  These colours were gradually applied in multiple washes, over the strong black ‘India ink’ lines, giving a beautiful and highly ethereal nature to Alice’s imaginary realm.  His pictures divided opinion, forming a significant departure from the more traditional pastel shades and cartoon-esque outlines of other illustrators such as (the later) Mabel Lucie Attwell, Milo Winter and A.E. Jackson.

Although the latter two artists chose an almost diametrically opposed style to Rackham, it is interesting to note the genesis of ‘Alice Tropes’ as both chose to depict a similar pink and white dress to the one Rackham had drawn.  Contrastingly, in this early period, Charles Robinson, Bessie Pease Gutmann and McManus were the only artists who (like Dodgson) depicted Alice with her natural dark hair.

To this day Alice in Wonderland has remained a steadfast favourite of children and adults alike.  The sheer variety of artistic responses to Charles Dodgson’s story is truly fascinating, attesting to the skill of the author, and the pleasure the narrative has brought to its readers. From character to character, scene to scene, there is always something new to discover. 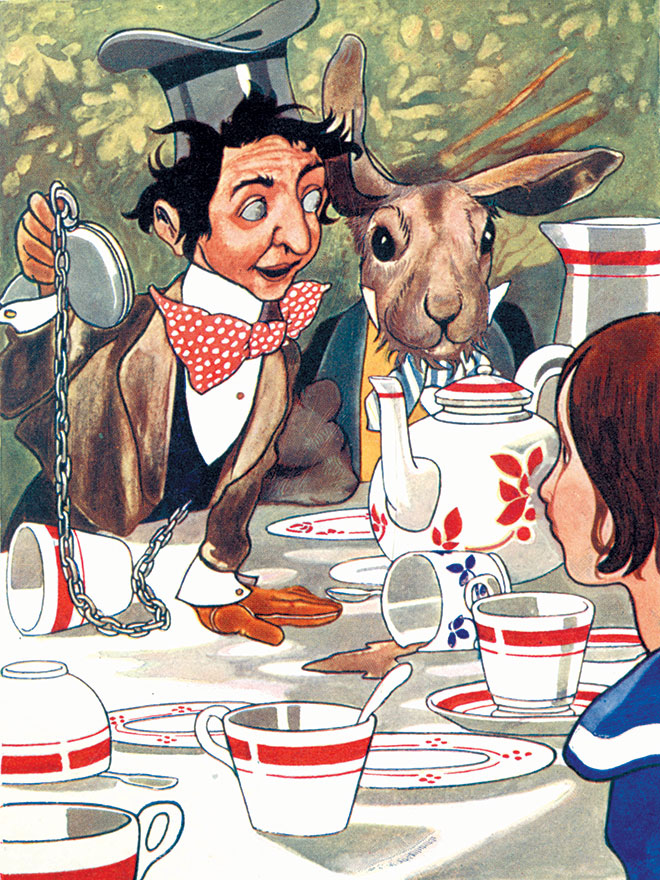 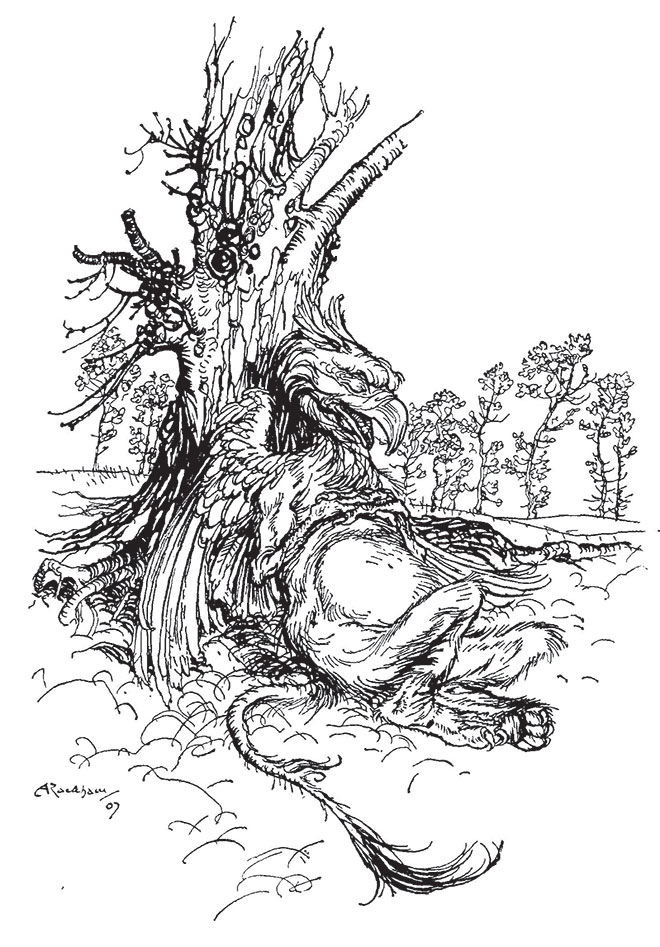 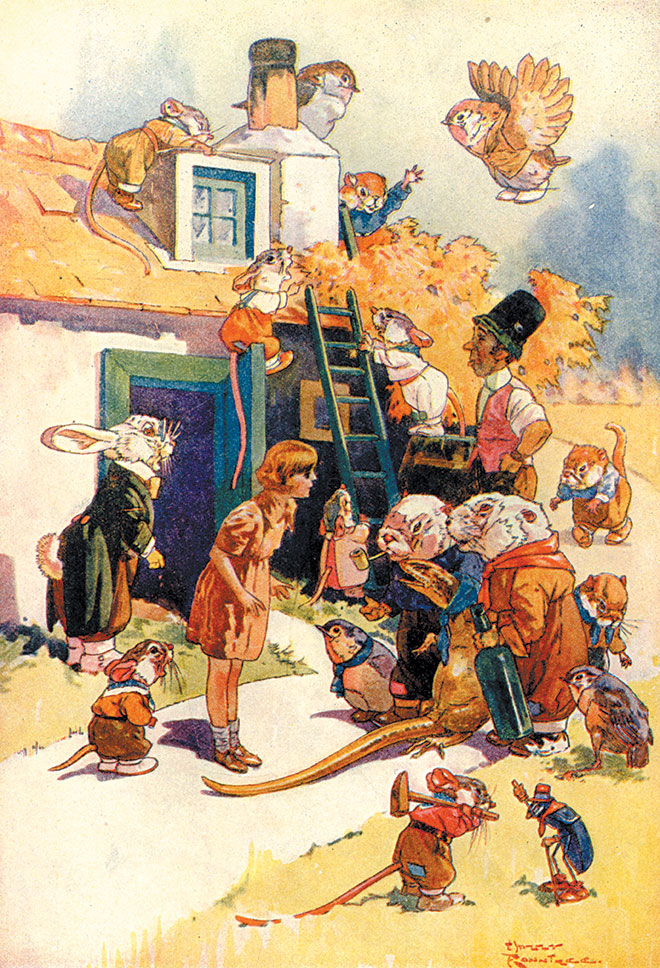 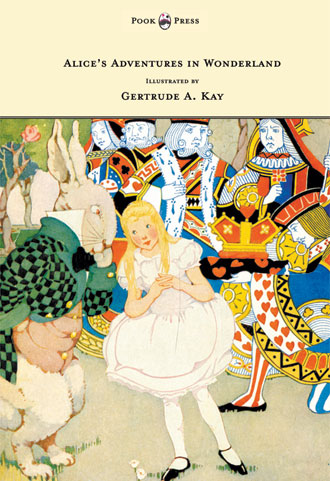