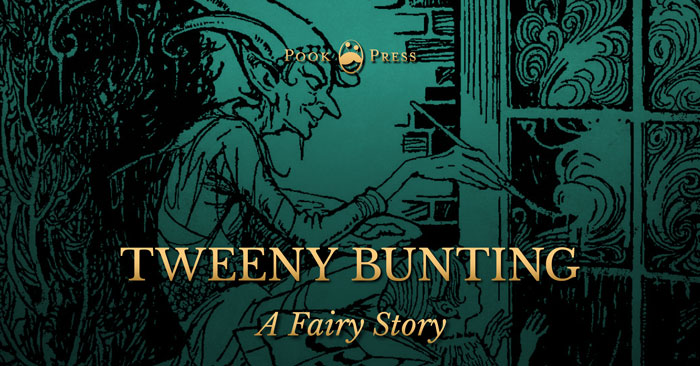 The short tale of a lost fairy, the land of snows, and a job with Jack Frost.

Tweeny Bunting was a lost fairy.

There are many good things a fairy can do, and it is very, very sad when a fairy is lost.

Poor Tweeny Bunting was sitting on a mushroom. His two wings were drooping, and his face was all ready to cry.

(One way to know children from fairies is that fairies do not know how to cry.)

It was an autumn day too, and winter was coming fast!

Jack Frost came rushing over the hill. He had a red face, and was out of breath. When he saw the poor lost fairy, he stopped short in surprise.

Tweeny Bunting could not tell Jack Frost anything about himself, for he had lost his memory.

To every question he was asked, he said, “I forget.”

“What are you going to do?” cried Jack Frost. “You can’t stay here all night. You are shivering with cold.”

“I should like to come and live with you,” said Tweeny Bunting. “Perhaps I could help you do something.”

“Oo! How lovely! Please teach me to help you. I should like to make pictures for them too!” Tweeny Bunting cried.

So Jack Frost took Tweeny Bunting to his dear little house in the Land of the Snows, and made him a cosy little jacket of wrens’ feathers, and taught him how to do window-pane pictures. 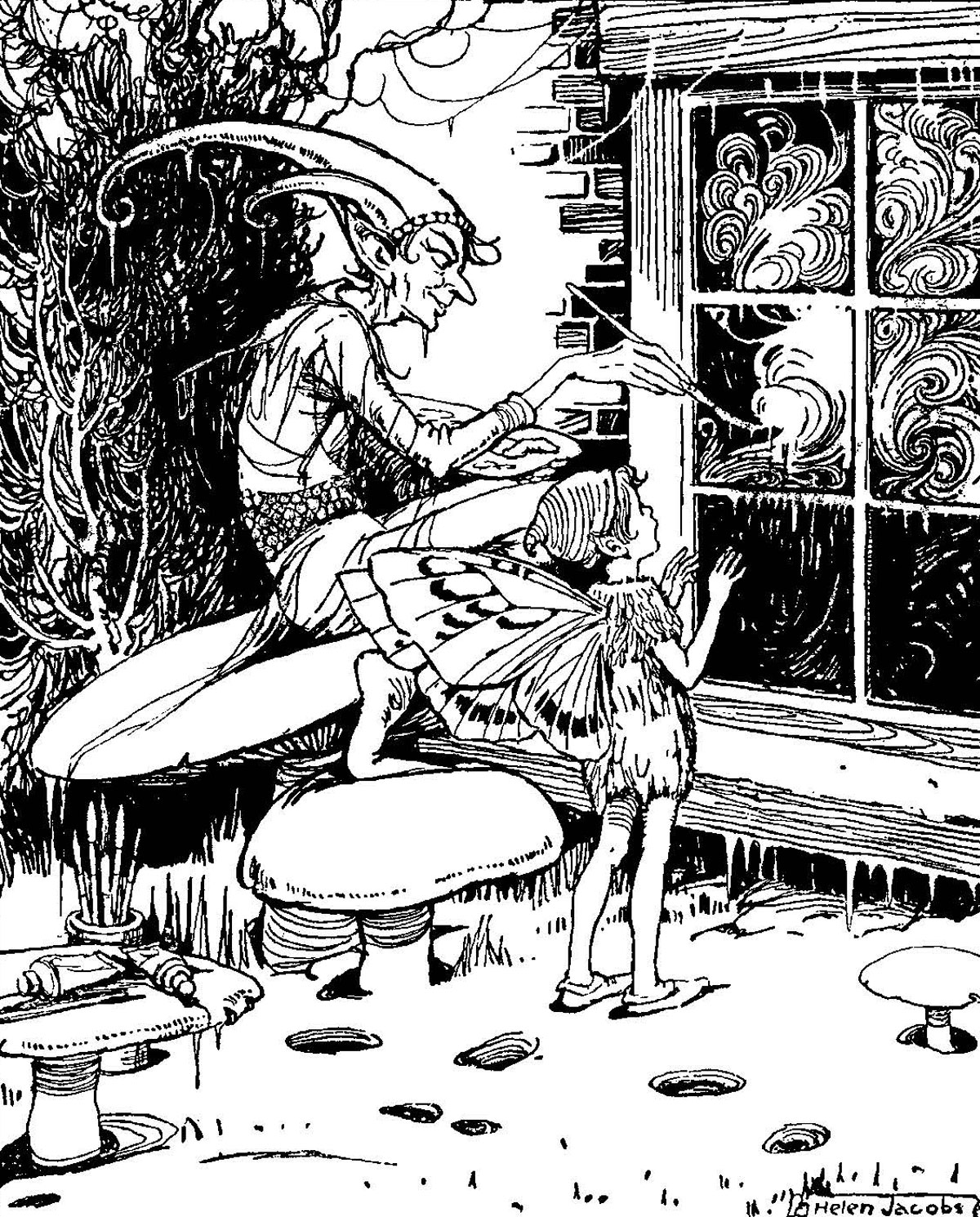 And now, every time Jack Frost goes to make pictures on the children’s window-panes, Tweeny Bunting goes with him.

They work together all night long.

They paint lovely flowers, ferns and trees, rivers and lakes, and mountains.

They often try to paint fairies, but Jack Frost can never do their faces, only their wings.

And very, very pretty they look too, when the red sun shines through them.

But the children do not know anything about Tweeny Bunting, the lost fairy.

When they run to look at their windows on a frosty morning, they always say, “Jack Frost has been again!”

That is why I have told you this story.

This tale was taken from the book: 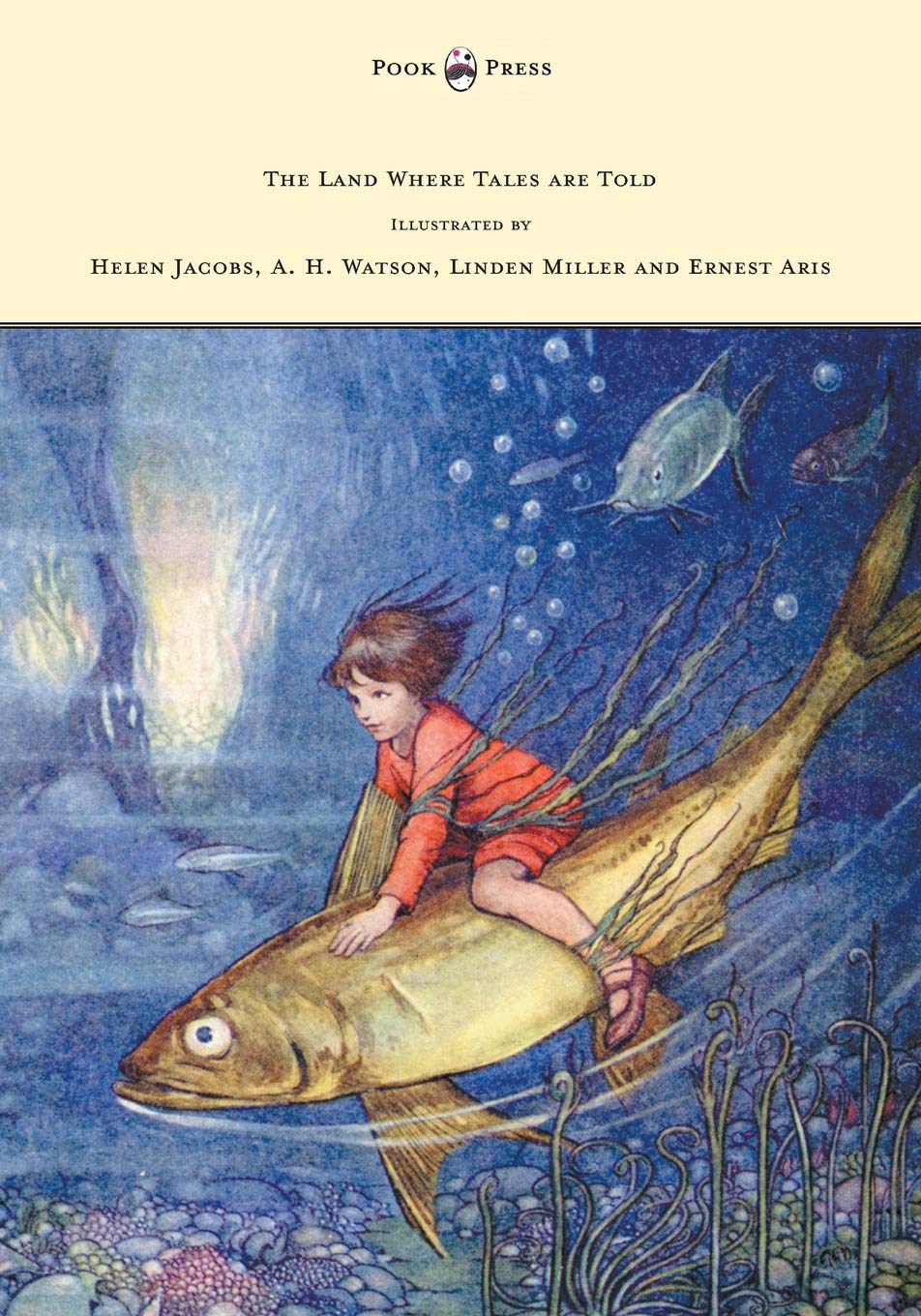 The Land Where Tales are Told – Illustrated by Helen Jacobs, A. H. Watson, Linden Miller and Ernest Aris

This little book contains several stories for young pupils who love to read. Tales within this book are Sing a Song of Pancakes, The Fox and the Hen, The Star Gold, The Good-Night Prayer, King Rumpisulk, The Thrush’s Song, Four are Too Many, The Raven’s Dinner Part, and Tweeny Bunting. The illustrations to all these tales are by Helen Jacobs, A. H. Watson, Linden Miller and Ernest Aris.

Discover a wonderful collection of illustrated books housing some of the world’s classic children’s stories, fairy tales and folklore from all around the globe. Click the banner below to explore the bookshop.