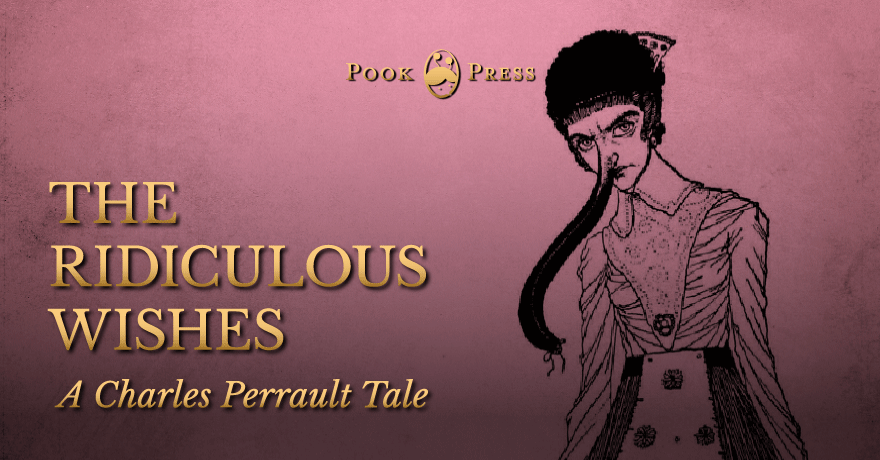 The story of a foolish woodcutter, three wishes granted and a black pudding for a nose.

The Ridiculous Wishes is one of Perrault’s lesser known tales. It is a humorous tale in which a sad woodcutter is granted three wishes by Jupiter, King of the Gods. The foolish woodcutter and his wife celebrate with wine while postulating the possibilities. But foolish flippant remarks result in a comedy of errors and unfulfilled wishes.

Charles Perrault is known as the Father of Fairy Tales. He brought fairy tales as we know them today into the literary mainstream.  He is responsible for some of the most popular tales including Le Petit Chaperon (Little Red Riding Hood), Cendrillon (Cinderella), Le Chat Botté (Puss in Boots), La Belle au bois dormant (The Sleeping Beauty) and La Barbe Bleue (Bluebeard).

In days long past there lived a poor woodcutter who found life very hard. Indeed, it was his lot to toil for little guerdon, and although he was young and happily married there were moments when he wished himself dead and below ground.

One day while at his work he was again lamenting his fate.

“Some men,” he said, “have only to make known their desires, and straightway these are granted, and their every wish fulfilled; but it has availed me little to wish for ought, for the gods are deaf to the prayers of such as I.”

As he spoke these words there was a great noise of thunder, and Jupiter appeared before him wielding his mighty thunderbolts. Our poor man was stricken with fear and threw himself on the ground. 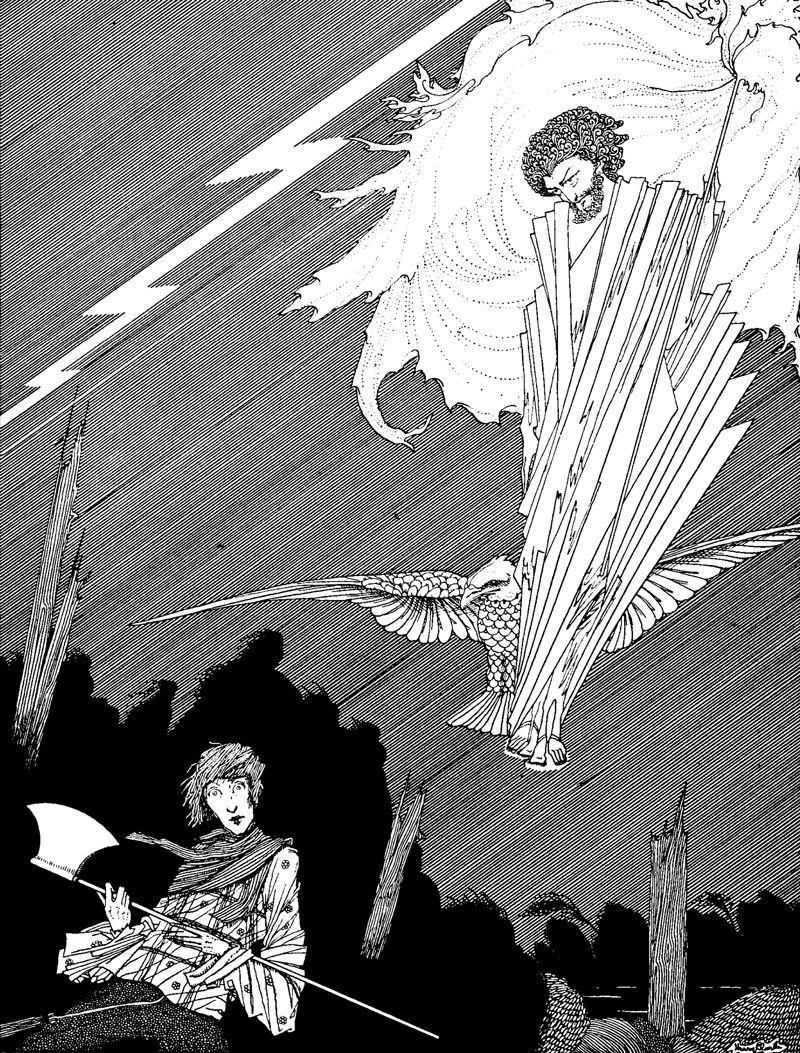 “My lord,” he said, “forget my foolish speech; heed not my wishes, but cease thy thundering!”

“Have no fear,” answered Jupiter; “I have heard thy plaint, and have come hither to show thee how greatly thou dost wrong me. Hark! I, who am sovereign lord of this world, promise to grant in full the first three wishes which it will please thee to utter, whatever these may be. Consider well what things can bring thee joy and prosperity, and as thy happiness is at stake, be not over-hasty, but revolve the matter in thy mind.”

Having thus spoken Jupiter withdrew himself and made his ascent to Olympus. As for our woodcutter, he blithely corded his faggot, and throwing it over his shoulder, made for his home. To one so light of heart the load also seemed light, and his thoughts were merry as he strode along. Many a wish came into his mind, but he was resolved to seek the advice of his wife, who was a young woman of good understanding.

He had soon reached his cottage, and casting down his faggot: “Behold me, Fanny,” he said. “Make up the fire and spread the board, and let there be no stint. We are wealthy, Fanny, wealthy for evermore; we have only to wish for whatsoever we may desire.” 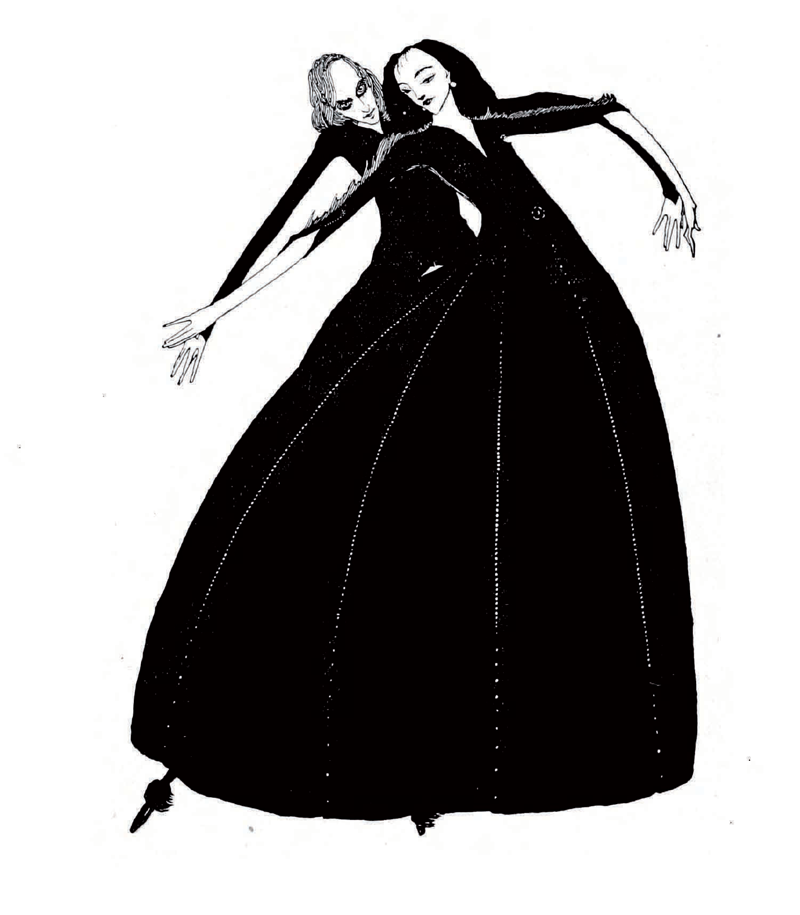 Thereupon he told her the story of what had befallen that day. Fanny, whose mind was quick and active, immediately conceived many plans for the advancement of their fortune, but she approved her husband’s resolve to act with prudence and circumspection.

“‘Twere a pity,” she said, “to spoil our chances through impatience. We had best take counsel of the night, and wish no wishes until to-morrow.”

“That is well spoken,” answered Harry. “Meanwhile fetch a bottle of our best, and we shall drink to our good fortune.”

Fanny brought a bottle from the store behind the faggots, and our man enjoyed his ease, leaning back in his chair with his toes to the fire and his goblet in his hand.

“What fine glowing embers!” he said, “and what a fine toasting fire! I wish we had a black pudding at hand.”

Hardly had he spoken these words when his wife beheld, to her great astonishment, a long black pudding which, issuing from a corner of the hearth, came winding and wriggling towards her. She uttered a cry of fear, and then again exclaimed in dismay, when she perceived that this strange occurrence was due to the wish which her husband had so rashly and foolishly spoken. Turning upon him, in her anger and disappointment she called the poor man all the abusive names that she could think of. 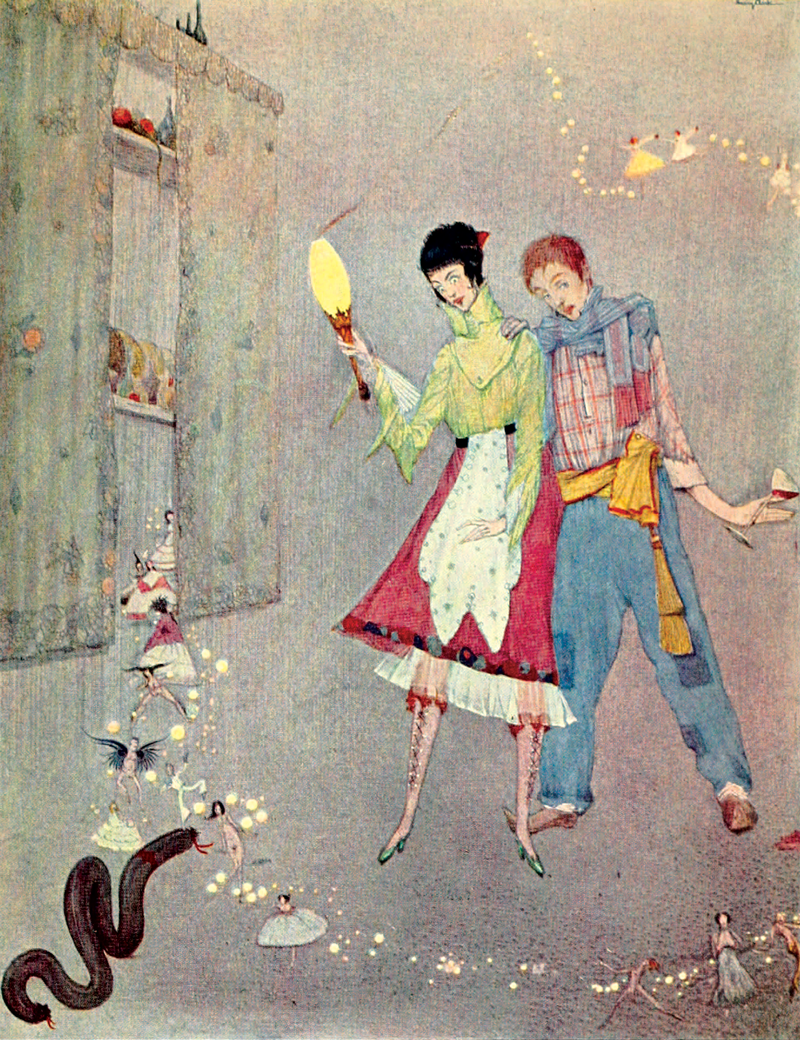 “What!” she said to him, “when you can call for a kingdom, for gold, pearls, rubies, diamonds, for princely garments and wealth untold, is this the time to set your mind upon black puddings!”

“Nay!” answered the man, “’twas a thoughtless speech, and a sad mistake; but I shall now be on my guard, and shall do better next time.”

“Who knows that you will?” returned his wife. “Once a witless fool, always a witless fool!” and giving free rein to her vexation and ill-temper she continued to upbraid her husband until his anger also was stirred, and he had wellnigh made a second bid and wished himself a widower.

“Enough! woman,” he cried at last; “put a check upon thy froward tongue! Who ever heard such impertinence as this! A plague on the shrew and on her pudding! Would to heaven it hung at the end of her nose!”

No sooner had the husband given voice to these words than the wish was straightway granted, and the long coil of black pudding appeared grafted to the angry dame’s nose.

Our man paused when he beheld what he had wrought. Fanny was a comely young woman, and blest with good looks, and truth to tell, this new ornament did not set off her beauty. Yet it offered one advantage, that as it hung right before her mouth, it would thus effectively curb her speech. 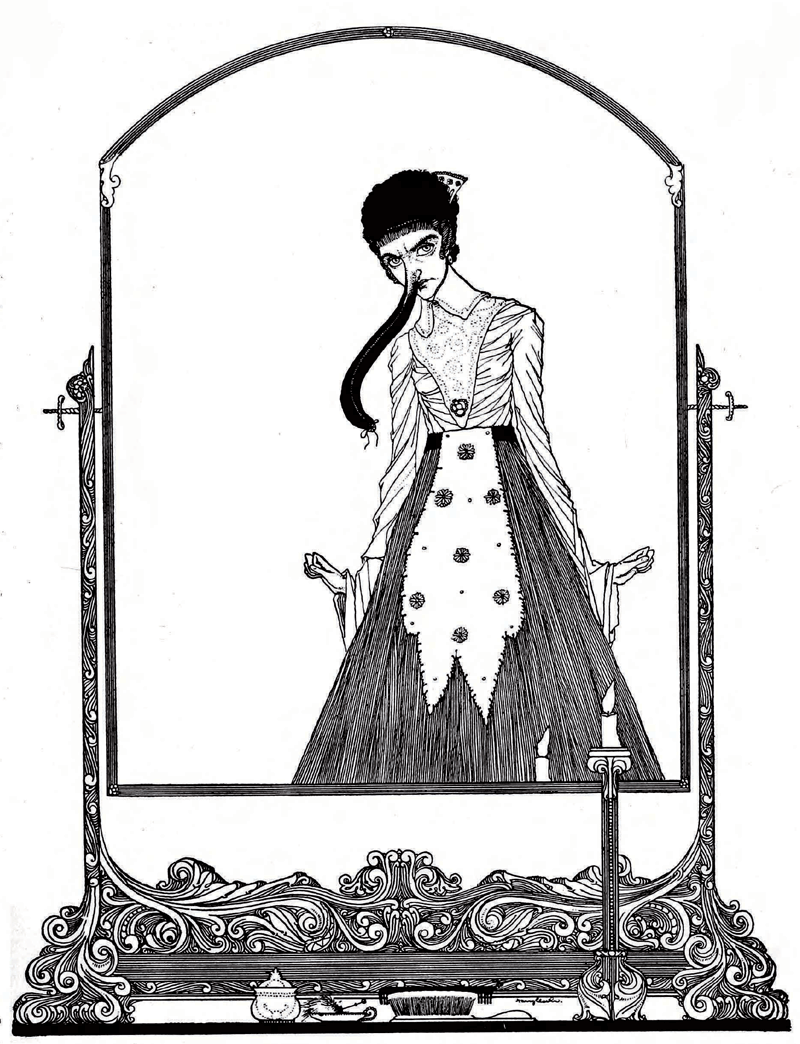 So, having now but one wish left, he had all but resolved to make good use of it without further delay, and, before any other mischance could befall, to wish himself a kingdom of his own. He was about to speak the word, when he was stayed by a sudden thought.

“It is true,” he said to himself, “that there is none so great as a King, but what of the Queen that must share his dignity? With what grace would she sit beside me on the throne with a yard of black pudding for a nose?”

In this dilemma he resolved to put the case to Fanny, and to leave her to decide whether she would rather be a Queen, with this most horrible appendage marring her good looks, or remain a peasant wife, but with her shapely nose relieved of this untoward addition.

Fanny’s mind was soon made up: although she had dreamt of a crown and sceptre, yet a woman’s first wish is always to please. To this great desire all else must yield, and Fanny would rather be fair in drugget than be a Queen with an ugly face.

Thus our woodcutter did not change his state, did not become a potentate, nor fill his purse with golden crowns. He was thankful enough to use his remaining wish to a more humble purpose, and forthwith relieved his wife of her encumbrance. 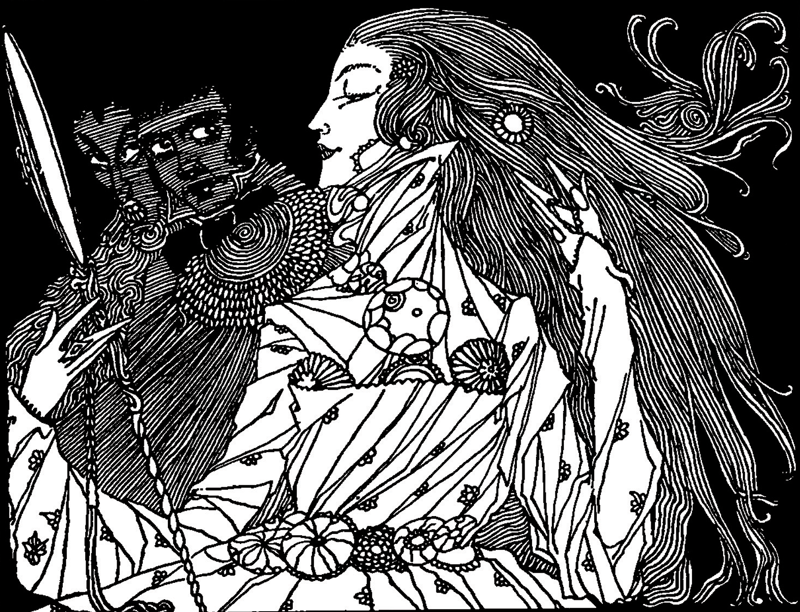 Ah! so it is that miserable man,
By nature fickle, blind, unwise, and rash,
Oft fails to reap a harvest from great gifts
Bestowed upon him by the heav’nly gods. 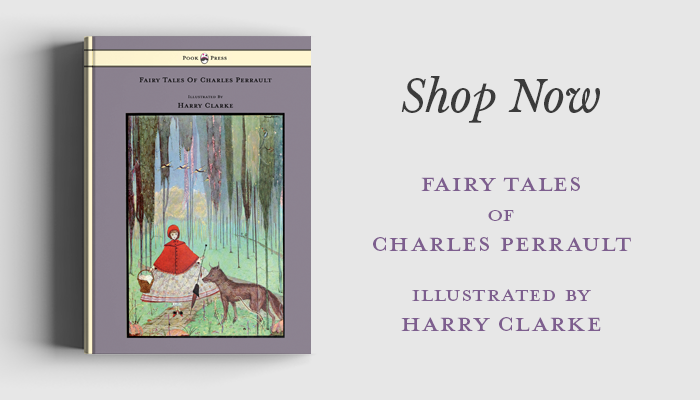