The Naughty Boy – A Story about Cupid 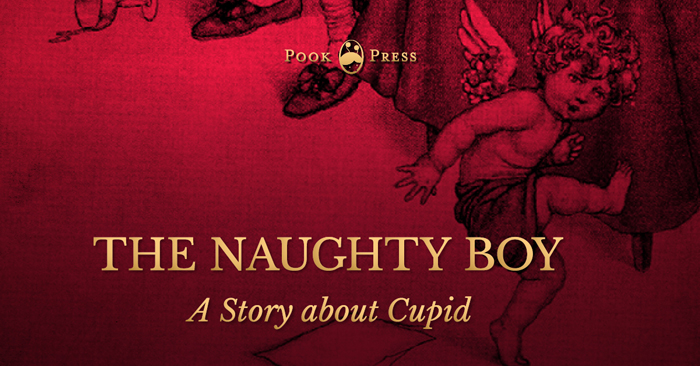 A Stormy Night, a Lost Child, and a Love Arrow to the Heart

THERE was once an old poet, he was a good, honest old poet. One evening when he was sitting quietly at home a terrible storm came on; the rain poured down in torrents, but the old poet was warm and cosy in his corner beside the stove, where the fire blazed brightly and the apples were fizzling.

“There won’t be a dry thread on any poor creature who is out in this rain,” said he, for he was such a kind-hearted man.

“Oh, please open the door for me, I am so cold and so wet!” cried a little child outside. It kept on crying and knocking at the door, while the rain poured down and the wind shook the windows.

“Poor little creature!” said the old poet as he went to open the door.

There stood a little boy, who was quite naked, and the water was streaming out of his yellow hair. He was shaking with cold, and if he had not been taken in he must surely have died of the cold.

“You poor little fellow!” said the old poet, taking him by the hand. “Come to me and I will soon have you warm! You shall have some wine and a roasted apple, for you are a beautiful boy!”

And so he really was. His eyes were like two bright stars, and although dripping wet, his hair hung in lovely curls. He looked like a little angel child, but the cold made him very pale, and he was shivering in every limb. He had a beautiful cross-bow in his hand, but it was quite spoilt by the rain; all the colours in the pretty arrows had run from the wet.

The old poet sat down by the stove and took the little boy on his knee; he wrung the water out of his hair, warmed his hands, and heated some sweet wine for him. He soon recovered and the roses came back to his cheeks; he jumped down and skipped and danced round the old poet. 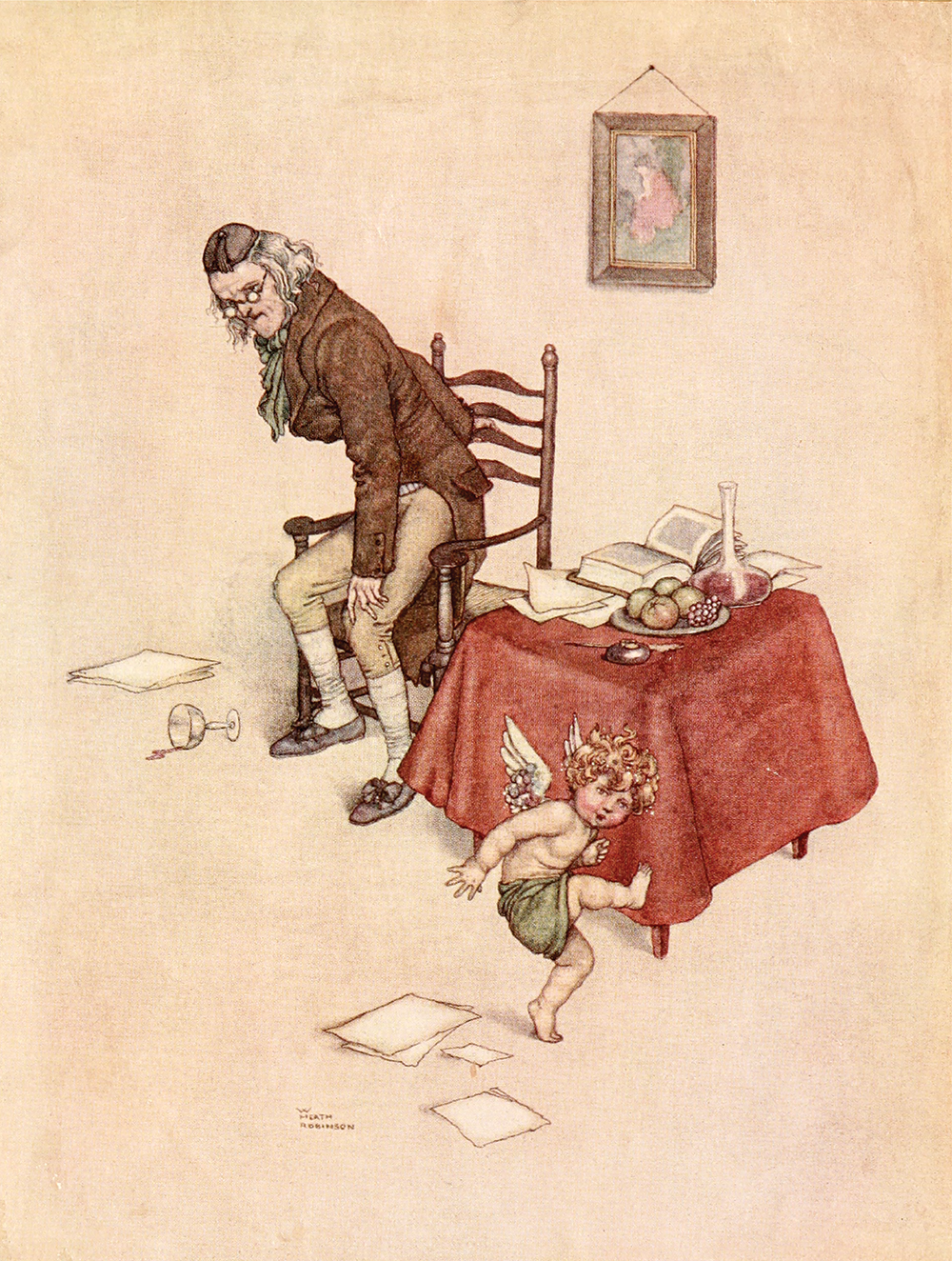 “I am called Cupid!” he answered. “Don’t you know me?” There lies my bow—and I know how to shoot with it I can tell you! Look, it is getting quite fine again, the moon is shining!”

“But your bow is spoilt,” said the old poet.

“That is a pity,” said the little boy, and he took it up and looked at it. “Oh, it is quite dry again,—it is not a bit the worse, the string is quite tight. See, I will try it!”

He then drew his bow, put an arrow in, took aim and shot right into the old man’s heart.

“Do you see now that my bow is not spoilt?” said he as he ran away laughing. The naughty boy! to shoot the old poet who had been so kind to him, and had given him the warm wine and the best apple.

The good old man lay upon the floor and wept, he had really been shot right through the heart, and he said: “Fie, what a naughty boy that Cupid is! I will tell all the good children about him, so that they may take care never to play with him, or he will certainly do them some mischief.” 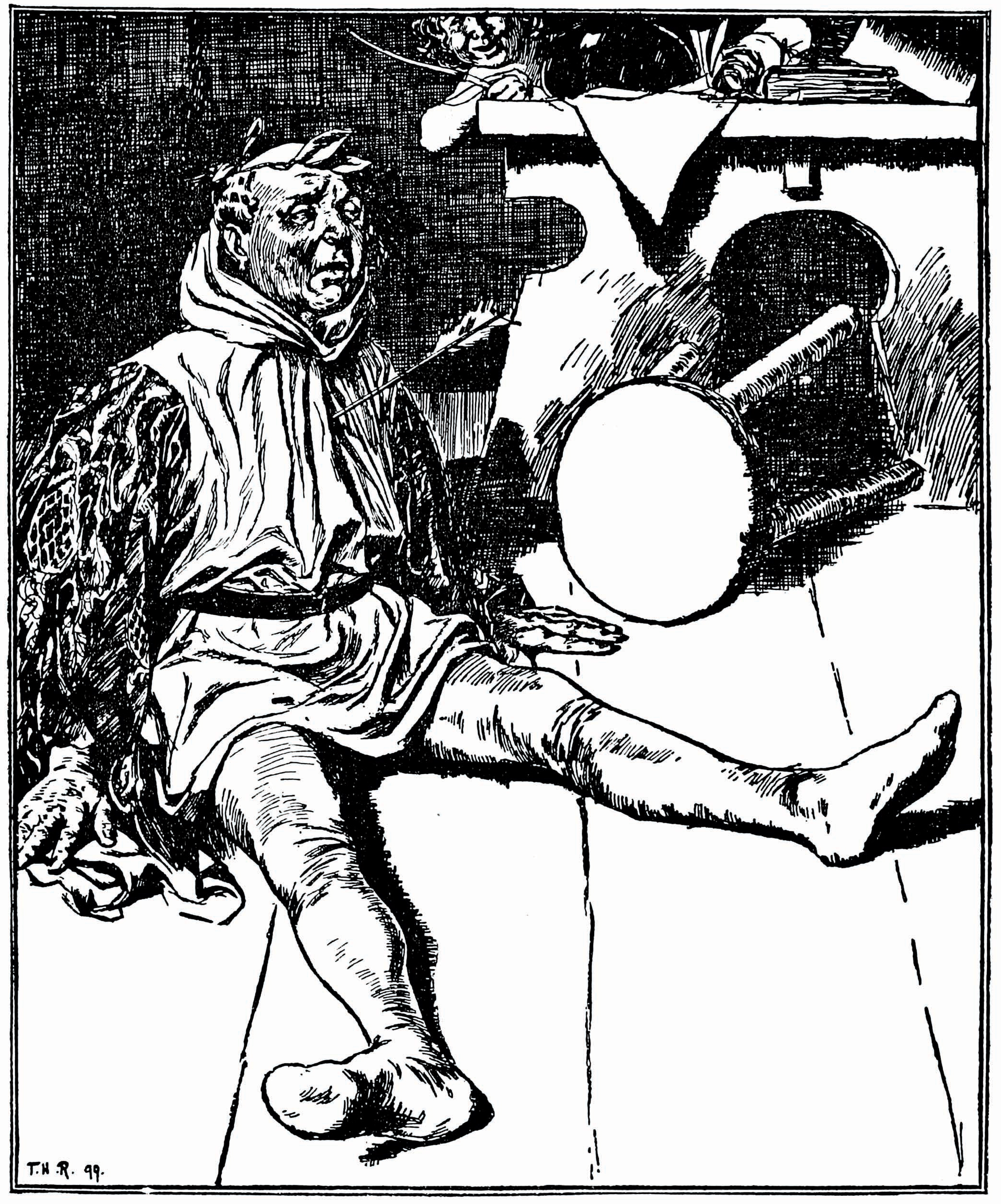 The Naughty Boy – Illustration by Charles, Thomas and William Robinson

All the good boys and girls to whom he told this story took good care to avoid wicked little Cupid, but he cheats them over and over again for he is so crafty.

When the students go home from their lectures, he runs along by their side with a black gown on and a book under his arm. They don’t recognise him, and take hold of his arm thinking he is a fellow-student, but then he sends a dart into their bosoms. When the girls go home from their classes, and even when they are in church he lays wait for them. He is the same for all time and everyone alike. He sits in the great chandelier in the theatre, and makes such a bright, hot flame; people fancy it is a lamp but they are soon undeceived. He runs about the Royal Gardens and on the ramparts; nay, once he even shot your father and mother right through the heart! Ask them about it and you will hear what they say. Oh! he is a bad boy this same Cupid. Never have anything to do with him! He waylays everyone alike, and even your poor old grandmother did not escape his dart. It was a long time ago, and the effect has passed away, but that kind of thing is never forgotten. Fie, fie! wicked little Cupid! But now you know all about him, so beware! 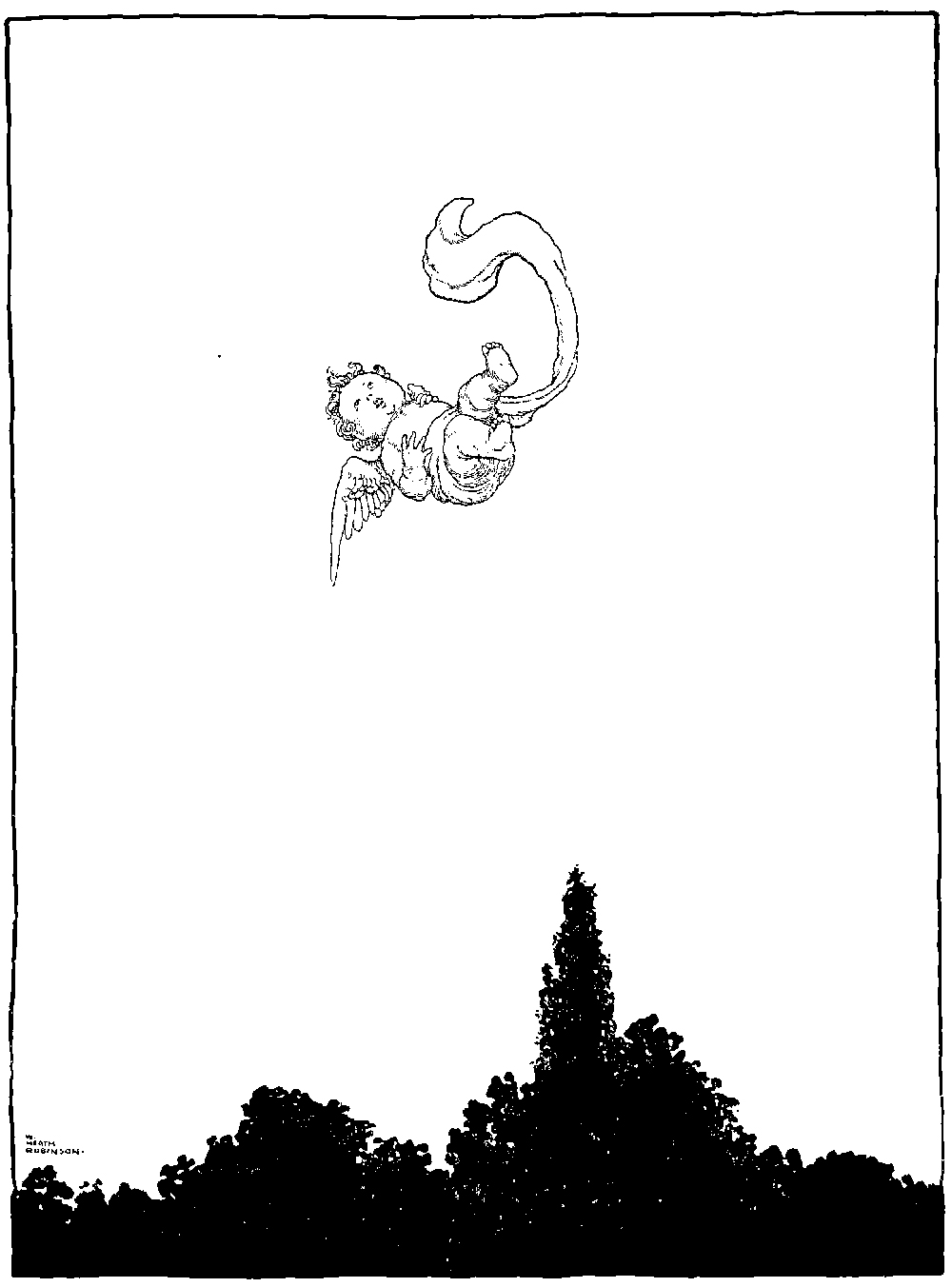 This beautiful book, illustrated by W. Heath Robinson, was originally published in 1913. It is a fantastic collection of seventeen classic fairy tales by Hans Christian Andersen. Stories include, ‘The March King’s Daughter’, ‘The Snow Queen’, ‘The Storks’, ‘The Real Princess’, ‘The Little Mermaid’, ‘The Ugly Duckling’ and more.