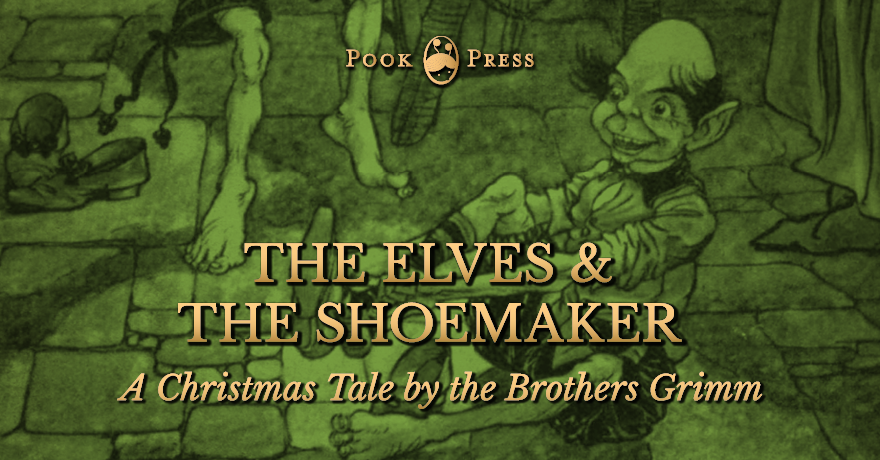 This week we’re getting festive with The Elves and the Shoemaker. This famous tale about two sneaky little elves and their shoe making adventures is a Christmas classic.

Written in 1806 by the Brother’s Grimm the tale was originally the first and longest story in a series of three fairy tales entitled The Elves. This version of the story, The Elves and the Shoemaker, was sourced from The Fairy Tales of Grimm – Illustrated by Anne Anderson.

This short tale follows a failing shoemaker at Christmas time, who one morning awakes to discover a perfect pair of shoes, already made, sitting at his work table. Each morning the same mysterious occurrence takes place, helping him make his fortune. A story of hard work rewarded, the perfect treat for a frosty afternoon.

The Elves and the Shoemaker

A Christmas Tale by the Brothers Grimm

THERE was once a Shoemaker, who, from no fault of his own, had become so poor that at last he had nothing left but just sufficient leather for one pair of shoes. In the evening he cut out the leather, intending to make it up in the morning; and, as he had a good conscience, he lay quietly down to sleep, first commending himself to God. In the morning he said his prayers, and went down to begin his usual work; but, behold, the shoes were already made, and stood upon his board.

The poor man was amazed, and knew not what to think; but he took the shoes into his hand to look at them more closely, and they were so neatly worked that not a stitch was wrong—just as if they had been made for a prize.

‘Surely,’ said he, in a tone of wonder, ‘it must have been a master craftsman who made these; I do not know a Shoemaker in the world who could have made them so beautifully.’

Presently a customer came in; and, as the shoes pleased him very much, he paid down more than was usual, and so much indeed that the Shoemaker was able to buy with it leather for two pairs. By the evening he had got his leather shaped out, and when he arose the next morning he prepared to work with fresh spirit; but there was no need—for the shoes stood all perfect on his board. 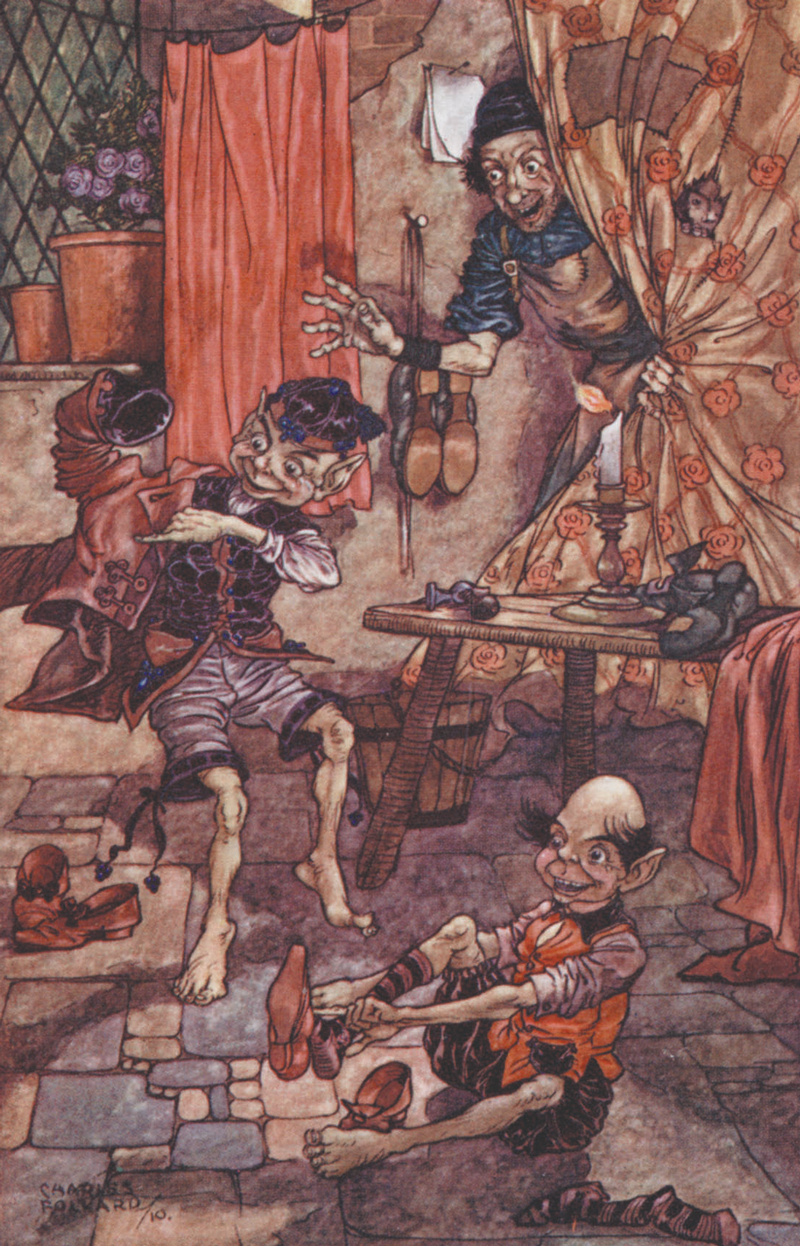 The Elves and the shoemaker by Charles Folkard

He did not want either for customers; for two came who paid him so liberally for the shoes that he bought with the money material for four pairs more. These also, which he cut out during the evening, he found already made when he awoke, and so it continued: what he cut out overnight was, in the morning, turned into the neatest shoes possible.

This went on for months; more and more people came to the shop to buy the shoes which his unknown friends made so well, and those who bought were so pleased with their purchase that they told every one else. Never had the Shoemaker and his wife been so busy. Not only did the lucky man regain his former position, but he became more and more prosperous.

One evening—not long before Christmas—as he had cut out the usual quantity, he said to his wife, before going bed, ‘What say you to stopping up this night to see who it is that helps us so kindly?’ His wife was satisfied to do as he wished, and fastened up a light; and then they hid themselves in a corner of the room, where hung some clothes which concealed them.

As soon as it was midnight in came two little manikins, who squatted down on the board; and, taking up the prepared work, set to with their little fingers, stitching, and sewing, and hammering so swiftly and lightly that the Shoemaker could not take his eyes off them for astonishment. He had never seen work done so quickly before. They did not cease until all was brought to an end, and the shoes stood ready on the table; and then they sprang quickly away. 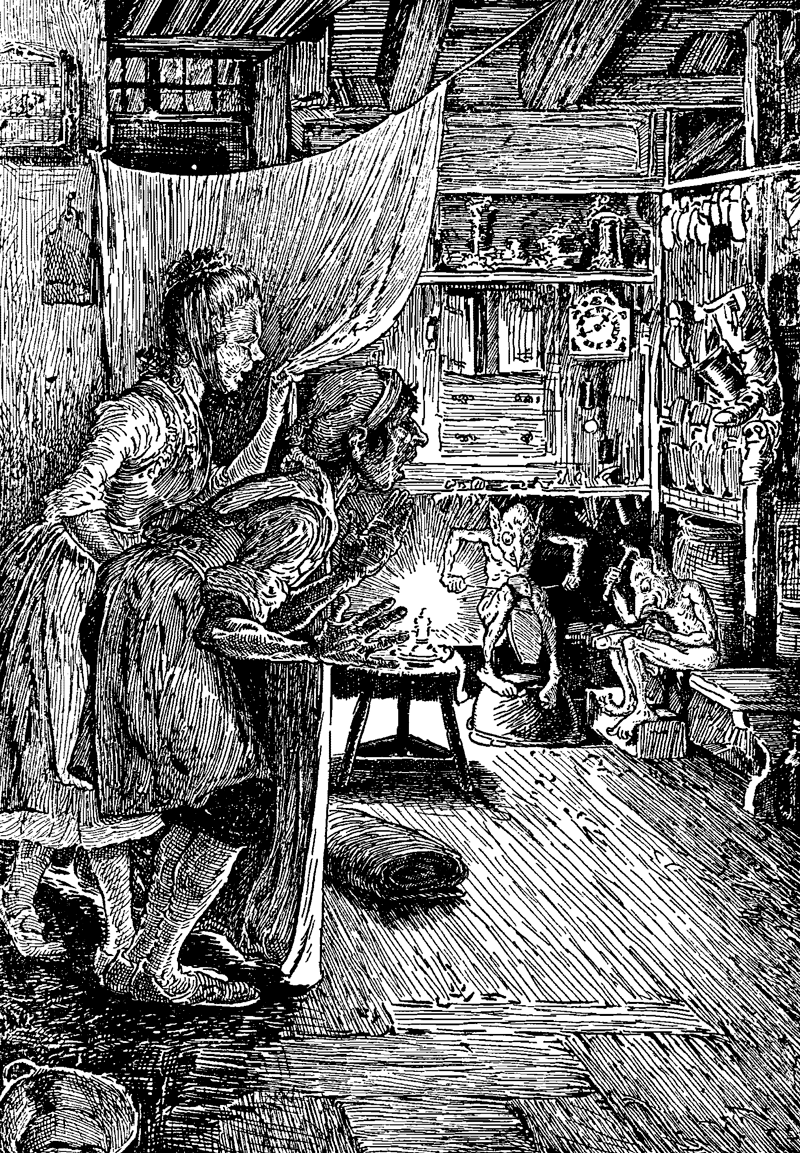 The Elves and the shoemaker by Louis Rhead

The following morning the wife said to the Shoemaker, ‘The kind little men have made us rich, and we must show our gratitude to them; for although they run about they must be cold, since they have nothing to cover their bodies in this winter weather. I will make a little shirt, coat, waiscoat, trousers, and stockings for each, and do you make a pair of shoes of the very nicest for each.’

The husband very gladly agreed to do this; and one evening, when they had got everything ready, he and his wife laid their presents, instead of the usual work, on the board, and hid themselves to see the result. At midnight in came the Elves, jumping about, and soon prepared to begin their work; but when they saw no leather, only the natty little clothes, they at first were astonished, but soon showed their pleasure and glee. They drew on their coats, and smoothing them down, sang—

‘Smart and natty boys are we;
Cobblers we’ll no longer be; 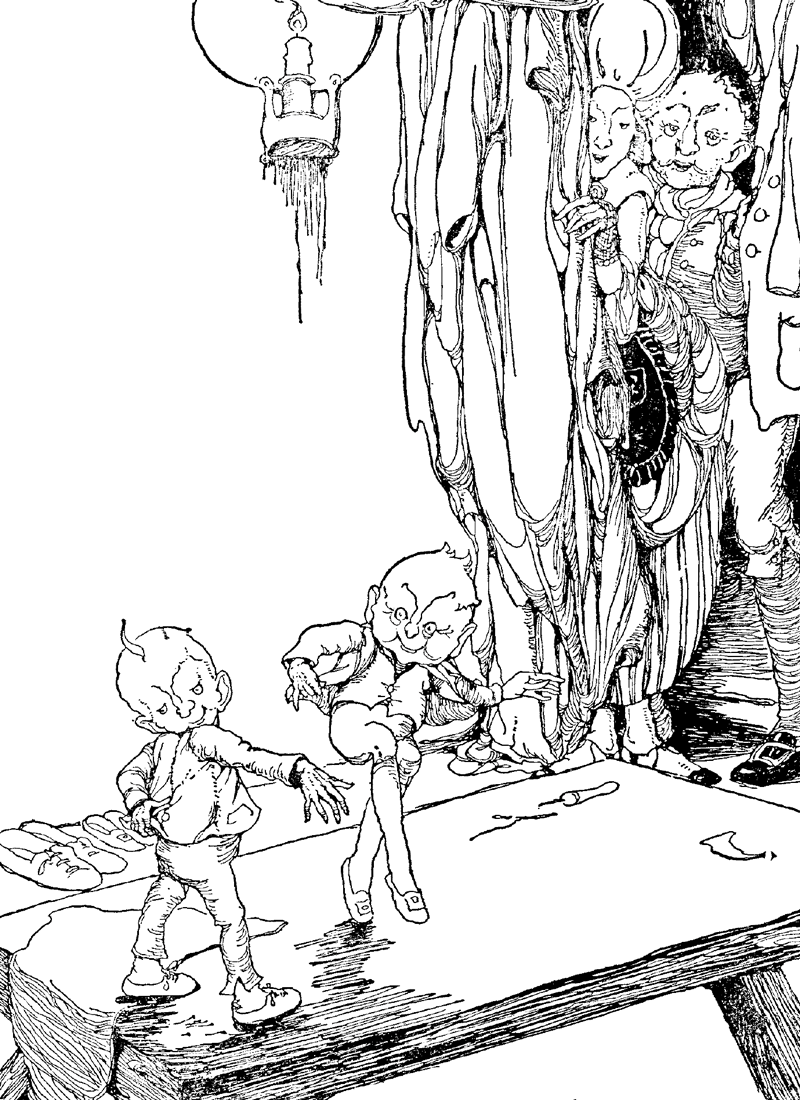 and so they went on hopping and jumping over the stools and chairs, and at last out at the door. After that evening they did not come again; but the Shoemaker prospered in all he undertook, and lived happily to the end of his days.

This story, The Elves and the Shoemaker, was sourced from The Fairy Tales of Grimm – Illustrated by Anne Anderson

The Fairy Tales of Grimm illustrated by Anne Anderson 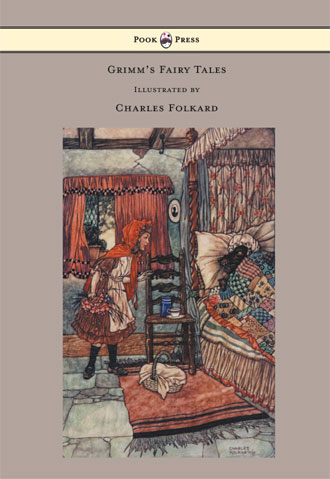