The History of ‘The Valiant Little Tailor’

The Valiant Little Tailor, or, The Brave Little Tailor is a German fairy tale first collected by the Brothers Grimm.

Joseph Jacobs (the English folklorist) collected another variant entitled A Dozen at One Blow in European Folk and Fairy Tales, and Andrew Lang has included it in The Blue Fairy Book. Another of many versions of the tale appears in A Book of Giants by Ruth Manning-Sanders.

The Brothers Grimm (Jacob (1785-1863) and Wilhelm (1786-1859)), were German academics, cultural researchers, lexicographers and authors who together collected and published folklore. This was part of a more general trend in the nineteenth century, whereby folk stories garnered substantial interest, seen to represent a pure form of national literature and culture; the common folk (Volk). Between 1812 and 1857, they revised and republished their now celebrated collection, Grimm’s Fairy Tales. Although the Grimm’s tales were meant to be a reflection of German popular culture, many were inspired by the Parisian Charles Perrault (who wrote tales intended for the literary salons of an aristocratic French audience). Today, the stories first collected in Kinder und Hausmärchen are incredibly well known, often added to by other authors as well as a source of unending inspiration for illustrators.

But to return to The Valiant Little Tailor more specifically, the story starts with a tailor, preparing to eat some jam. When flies settle on it, he kills seven of them with one blow.  So proud of this deed was he, that the tailor made a belt inscribed with ‘Seven at One Blow.’  Inspired, the tailor then set out to seek his fortune and en-route met a giant who assumes his belt refers to seven men. The giant challenges the tailor to a series of competitions, all of which the tailor wins through some form of trickery. 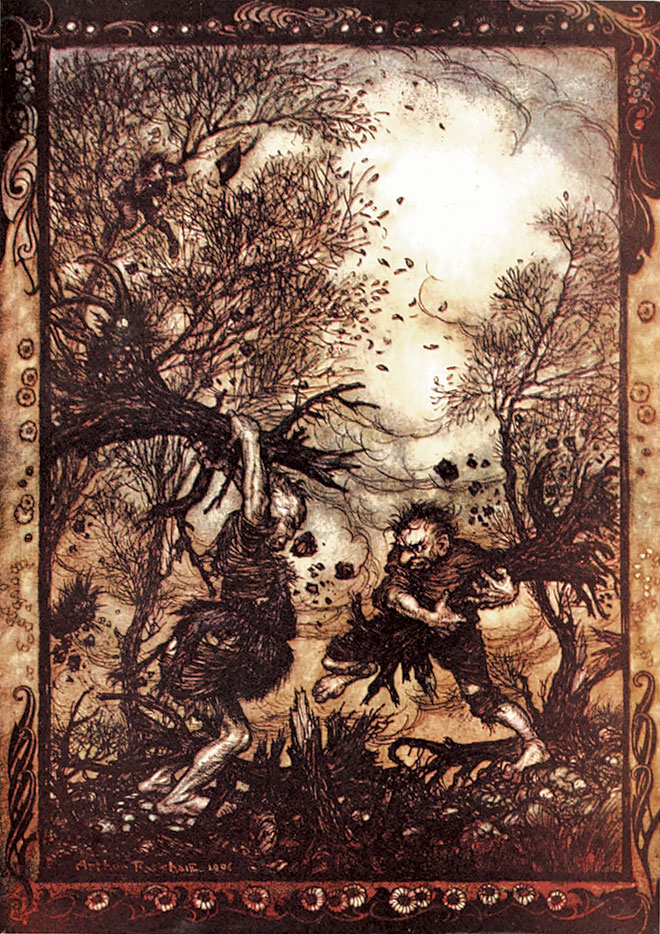 ‘The Valiant Little Tailor’ – The Fairy Tales of the Brothers Grimm, Arthur Rackham, 1909. 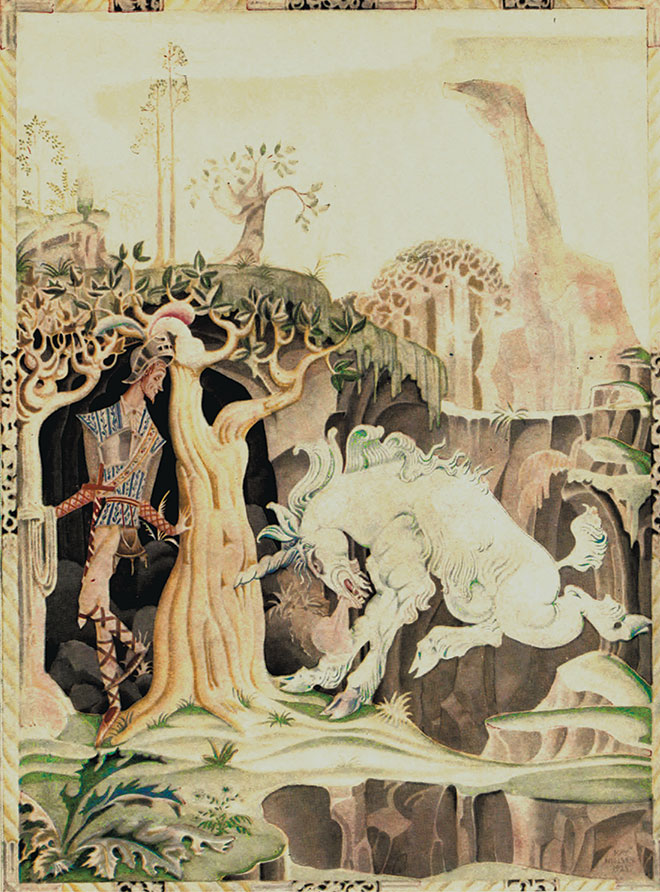 ‘The Valiant Little Tailor’ – Hansel and Gretel and Other Stories, Kay Nielsen, 1925.

The tailor later enters the royal service, where the King’s soldiers are likewise scared that he will kill seven of them ‘with just one blow.’ Also fearful of being killed for sending him away, the king instead sends the tailor to defeat two giants, offering him half his kingdom and his daughter’s hand in marriage. By throwing rocks at the two giants while they sleep, the tailor provokes the pair into fighting each other. The tailor thus succeeds in his mission, and duly marries the king’s daughter.

Later on, the king’s daughter (now the tailor’s wife) hears him talking in his sleep however, and realizes that he is merely a tailor. The King promises to have him carried off, yet the protagonist successfully manages to scare his guards (this time by pretending to talk in his sleep, claiming to really have accomplished all his famed deeds) – and is finally left in peace. This aspect of the story speaks to highly entrenched ideas of social class, and how the inversion of the traditional order can lead to disastrous consequences. The princess is almost tricked out of her ‘royal bloodline’, and is driven close to the point of madness when she tries to have the tailor killed when she finds out the truth.

Aside from the major theme of class, or ‘birth’ (with the tailor going directly from peasant to king), other motifs are the ‘clever upstart’, i.e. using nothing but ingenuity to increase one’s own standing (think of the tale of Puss in Boots) and ‘danger’ – despite great risk of bodily harm, the tailor continues on his quest to spread word of his conquest and claim his fortune. Placing the traditional motif of the fearless prince on its head (see Snow White, Sleeping Beauty, Rapunzel etc.), this protagonist is not brave for the princess, but purely for his own gain. 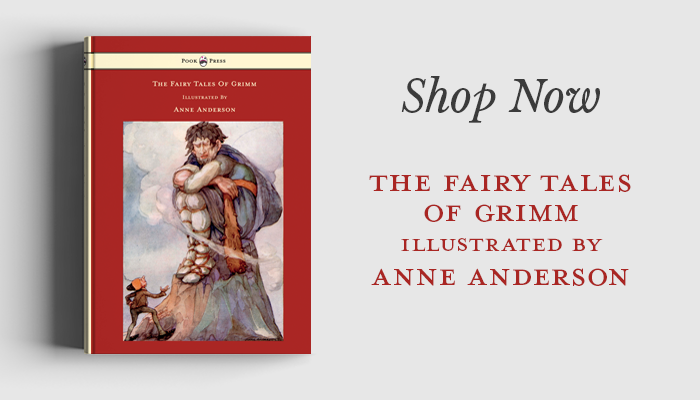 This complex story is classified under the Aarne-Thompson system as type 1640.  It also includes episodes of type 1060, ‘Squeezing Water from a Stone’; type 1062, ‘A Contest in Throwing Stones’; type 1052, ‘A Contest in Carrying a Tree’; type 1051, ‘Springing with a Bent Tree’; and type 1115, ‘Attempting to Kill the Hero in His Bed’.  The technique (used near the middle of the story) of tricking giants into fighting each other, is identical to the technique used by Cadmus in Greek mythology.  Cadmus uses such methods to deal with warriors that sprung up when he sowed dragon’s teeth in the ground. A similar strategem is also employed by Gandalf to keep three trolls fighting amongst themselves in the The Hobbit (although in that instance it is the rising sun that kills them).

The popularity of the Grimm’s collected folk tales continues unabated.  They are now available in more than 160 translations and have been adapted by filmmakers such as Lotte Reiniger and Walt Disney. It is a tale for old as well as young, important for its historical and literary context as well as a fantastic example of folkloric story telling.

As a testament to this tale’s ability to inspire and entertain generations of readers, the story of The Valiant Little Tailor continues to influence popular culture internationally. With a massive geographical range, it lends plot elements, allusions and tropes to a wide variety of artistic mediums.  It has been translated into almost every language, and very excitingly, is continuing to evolve in the present day. 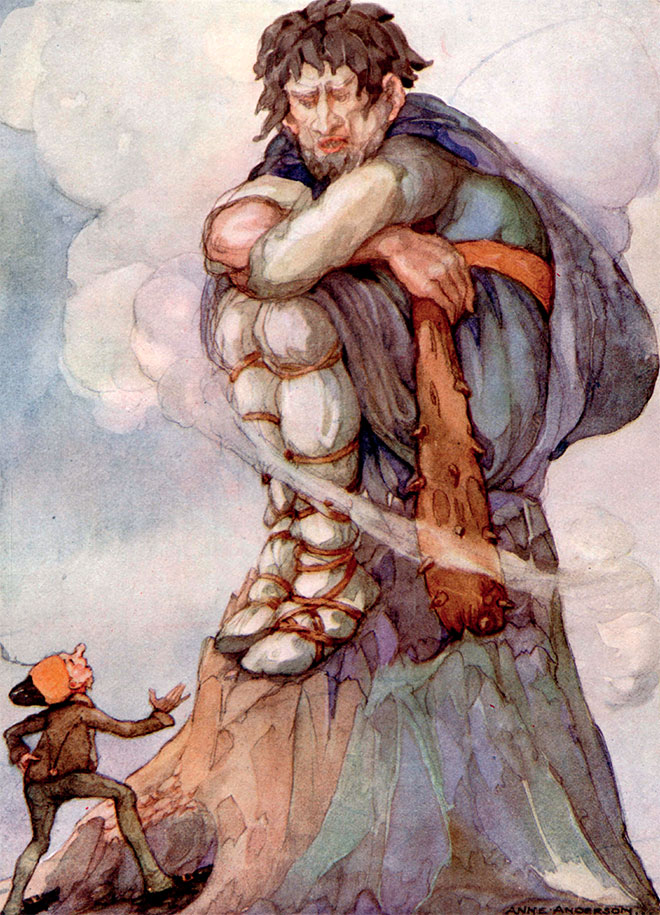