Louis John Rhead was born on 6th November 1857. He was an English-born American artist, illustrator, author and angler, who grew up in Etruria, Staffordshire, England.

The Rhead family had operated and worked in the Staffordshire Potteries for at least three generations. Louis’s father (George W. Rhead) worked in the pottery industry and was highly respected gilder and ceramic artist. In the 1870s, his father taught art and design in Staffordshire schools, and also founded the Fenton School of Art.

Louis and all his siblings attended their father’s art classes and worked in the potteries as children. His brothers Frederick Alfred Rhead and George Woolliscroft Rhead Jr. (1855-1920) were also artistic, and Louis, later in his career, sometimes collaborated with them – especially in his book illustration projects.

Cinderella – Origins of Fairy Tales From Around the World

Because Louis demonstrated exceptional talent, when he was thirteen, his father sent him to study in Paris – with the artist Gustave Boulanger. After three years in Paris, Rhead returned to work in the potteries as a ceramic artist at Minton, and later at Wedgwood. After this considerable ‘apprenticeship’, in 1879, Rhead gained a scholarship at the National Art Training School in London. This was to be the start of his artistic career proper.

At the age of twenty-four, the young man emigrated to the United States. He had been offered a position as Art Director for the U.S. publishing firm of D. Appleton in New York City. Rhead accepted, and moved to America in the autumn of 1883. The following year he married Catherine Bogart Yates, thus becoming an American citizen. Louis and Catherine lived in Flatbush overlooking Prospect Park for the next forty years. 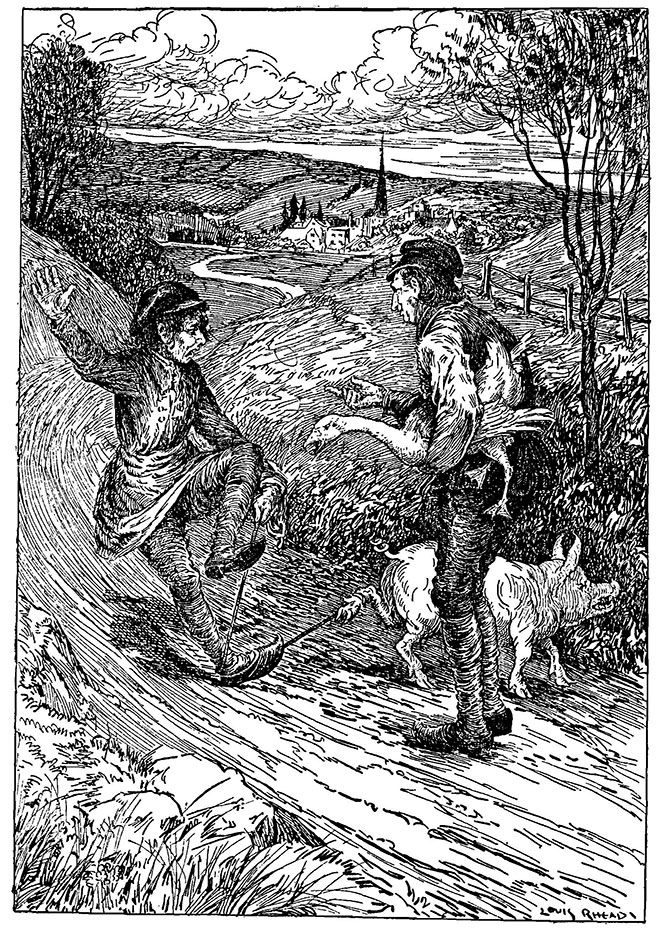 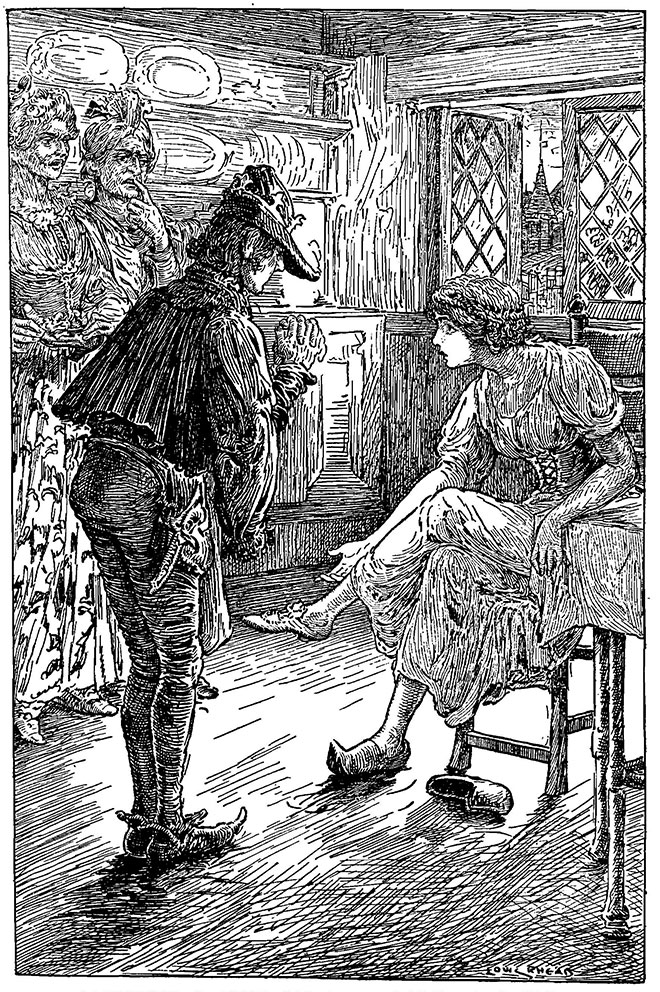 In the early 1890s, Rhead became a prominent poster artist and was heavily influenced by the work of the Swiss artist, Eugène Grasset (1845 – 1917). During the poster craze of the early 1890s, Rhead’s poster art appeared regularly in Harper’s Bazaar, Harper’s Magazine, St. Nicolas, Century Magazine, Ladies Home Journal and Scribner’s Magazine. In 1895 he won a Gold Medal for ‘Best American Poster Design’ at the first International Poster Show in Boston.

By the late 1890s, the popularity of poster art declined and Rhead turned his skills to book illustration. Between 1902 and his death in 1926, Rhead illustrated numerous children’s books published by Harpers and others. Most notable among these were editions of Robin Hood, The Swiss Family Robinson, Robinson Crusoe, The Deerslayer, Treasure Island, Kidnapped and Arabian Nights.

In his personal life, Rhead was an avid fly fisher, and by his own accounts started fishing trout between 1888 and 1890. Many of his later works deal with fishing and fly fishing – with his most famous and celebrated book being American Trout-Stream Insects (1916). At the time of its publication this was one of the first and most comprehensive studies of stream entomology ever published in America.

Louis Rhead had a somewhat unusual death. He died from a heart attack at his retirement home in Amityville, Long Island on 29th July, 1926. His obituary in The New York Times read:

About two weeks ago Mr. Rhead set out to catch a turtle weighing thirty pounds which had been devastating trout ponds on his place, Seven Oaks. After the turtle was hooked, it put up a fight for more than half an hour. Although Mr. Rhead was successful in the end, he became exhausted. A short time later he suffered from his first attack of heart disease. Yesterday’s was his second.

His illustrations, etchings, books, posters and prints have since been featured in exhibitions all over the world, and are incredibly sought after collectors pieces. They remain as much appreciated in the present day, as they were on their initial publication. 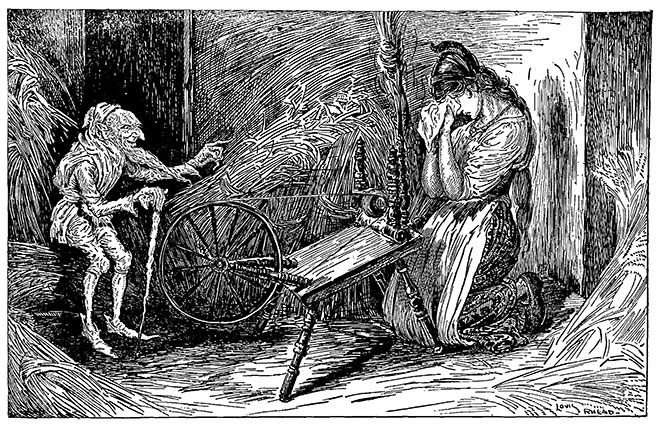 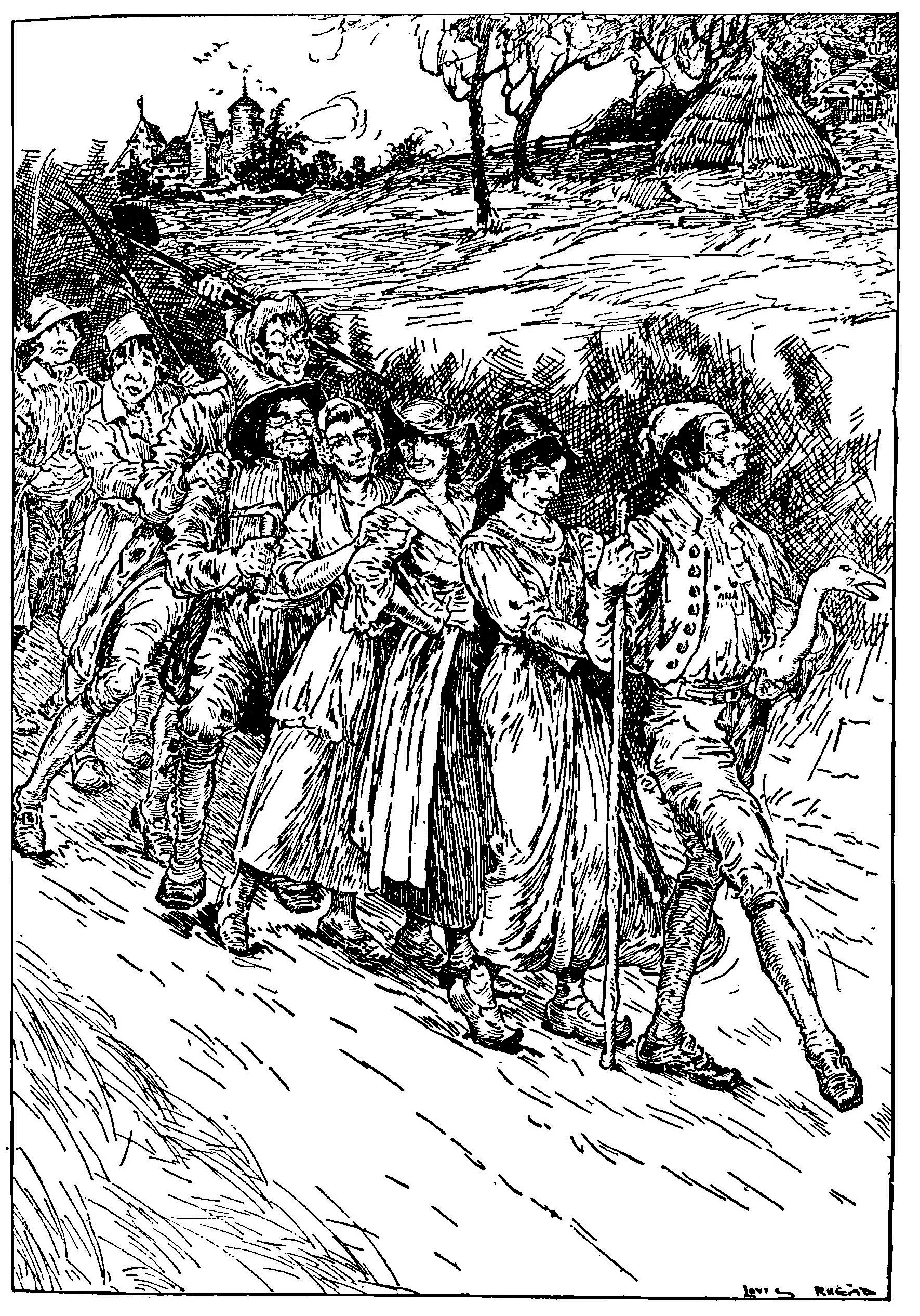 Cinderella – Origins of Fairy Tales From Around the World